Why ASEAN must stand firm against Russia's invasion of Ukraine

At the emergency special session of the UN General Assembly, 141 out of 193 countries voted in favour of condemning Russia's invasion of Ukraine, including eight ASEAN countries. In the main, this demonstrates ASEAN member countries' belief in international law and the principles of upholding sovereignty and territorial integrity. As for China, its support for Russia seems to go against its own concerns of separatist movements in Xinjiang and the Taiwan issue. It is clear that the Russian invasion of Ukraine is not "someone else's affair". If the delicate East Asian order is to be preserved, ASEAN and East Asian countries need to be firm in their stand against Russia. 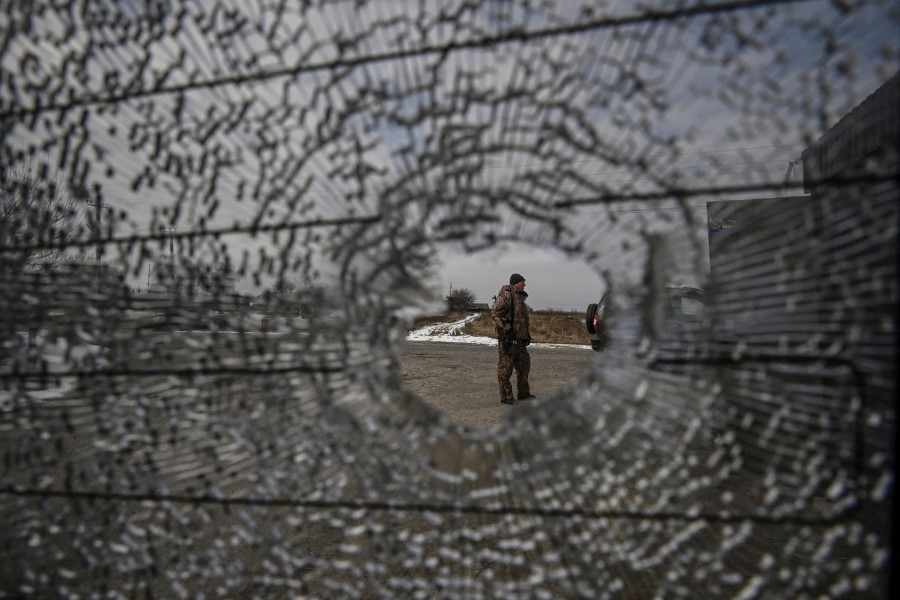 A Ukrainian serviceman stands at a check point in the vilage of Velyka Dymerka east of Kyiv, on 9 March 2022. (Aris Messinis/AFP)

Candice Chan - 30 January 2023
A mall in Shenzhen came under fire for putting up white lanterns with black text as part of its Chinese New Year decorations, while an “ugly” rabbit-shaped light decoration was removed from another mall in Chongqing. Academic Zhang Tiankan muses on tradition and innovation, and the evolution of traditional decorations.
Read more
Translated by Candice Chan on 10 March 2022

At the 11th emergency special session of the United Nations General Assembly (UNGA) held between 28 February and 3 March, a resolution was adopted condemning the attack and demanding a cessation of Russia's use of force against Ukraine.

Of the 193 voting countries, an overwhelming majority of 141 countries voted in favour of the resolution, with 35 countries abstaining. What was interesting was that among the ten ASEAN countries, only Vietnam and Laos abstained, while the rest voted in favour. It is difficult to evaluate Myanmar's position, as its UN representative was appointed by the previous Myanmar administration, but even so, that still leaves seven countries in favour. Not only that, aside from Myanmar, Indonesia, Singapore and Cambodia were among the co-sponsors of this resolution.

ASEAN countries’ positions on the Russian invasion of Ukraine differ. Singapore holds that the Russian invasion is an act that tramples on the sovereignty and territorial integrity of another state, and its foreign ministry swiftly released a statement criticising Russia.

At the same time, Indonesia, Thailand and many other ASEAN countries have described the situation in Ukraine as a “concern”, and have limited their comments to comparatively moderate statements, such as supporting efforts to find a peaceful resolution.

Even though the Myanmar military junta's expression of support for the Russian army was an exception, it is difficult to say that all other ASEAN countries are in agreement with one another. Even an extremely short message issued urgently by ASEAN foreign ministers on 26 February which expressed “deep concern” over the evolving situation and armed hostilities in Ukraine and called for maximum restraint for all involved parties and a peaceful resolution through dialogue did not mention the word “Russia”.

How ASEAN voted indicates a return to the importance of international law and to ASEAN’s fundamental principles.

The initial cautious stance taken by many ASEAN countries as mentioned above changed in the way these countries voted at the UNGA. What brought about the switch?

It is not clear how policy decisions were made in each country about the matter. But how these countries voted shows that the Russian invasion of Ukraine is “no longer someone else’s affair”.

In an address by Singapore’s permanent representative to the UN at the Emergency Special Session of the UNGA, it was clearly stated that maintaining an international order where every country followed the principles of international law was in line with the core interest of small and middle powers to preserve their country's sovereignty and territorial integrity.

Since its founding, ASEAN has upheld the basic principles of respect for national sovereignty, non-intervention in domestic affairs, peaceful settlement of disputes and the non-use of force. These are also principles in the UN Charter, and the purpose of ASEAN was to create a peaceful and stable regional order based on these principles. How ASEAN voted indicates a return to the importance of international law and to ASEAN’s fundamental principles.

China will refrain from taking any bold actions or use of force in the short term in any attempts to expand its territory in East Asia, including in the South China Sea and East China Sea.

Furthermore, the Chinese-defended Russian claim that “NATO’s eastward expansion” promoted by Western Europe and the US brought about the current situation cuts no ice among ASEAN countries and the world’s small and middle powers. One reason for this is that the eastward expansion of NATO was a result of Eastern European countries wishing to join NATO out of fear of Russian influence. How can the issue of which alliance to join to ensure the safety of one’s own country be decided on by another country?

For China, which faces the threat of separatist movements in Xinjiang and the Taiwan issue, it is a contradiction to support actions that promote separatist movements in other countries, such as Russia’s taking over of the Crimea and Donbas regions. For this reason, China’s support of Russia’s position is quite warped. As such, it is thought that China will refrain from taking any bold actions or use of force in the short term in any attempts to expand its territory in East Asia, including in the South China Sea and East China Sea.

When it comes to the delicate East Asian order, the long-term negative effects will be great if Russia succeeds in changing the current situation in Ukraine by force.

We must not forget, however, that China has been critical of attempts by neighbouring countries to secure their own safety. In recent years, China has taken a critical position on the US‐Japan Security Treaty, and has criticised ASEAN countries for adopting security partnerships with other external powers.

When it comes to the delicate East Asian order, the long-term negative effects will be great if Russia succeeds in changing the current situation in Ukraine by force. ASEAN countries and other East Asian countries must be resolute in their stand against Russian actions and take effective measures in deterring Russia’s ambitions in Ukraine.