Why China is bringing super skyscrapers down to earth

In the last few years, China has implemented policies to ban or impose strict restrictions on building supertall buildings. The government is acutely aware that provincial competition to outbuild each other may hurt the country’s overall economy. Not only that, high investment costs aside, the finished buildings may end up as energy-guzzling white elephants. 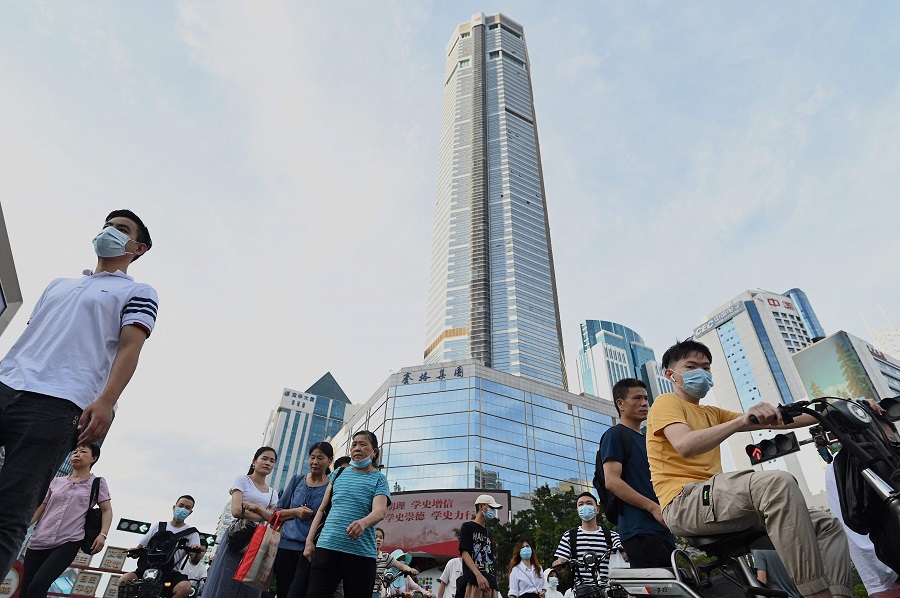 Grace Chong - 19 October 2021
Like many of us experiencing pandemic days, cultural historian Cheng Pei-kai spent the last two years living quietly. Early last year as the pandemic started getting widespread in the US, he mused at the irony of the situation: the ancients were led by the nose by plagues and could only lift their prayers to the gods. Today, medical technology may be more advanced but a cunning coronavirus has once again brought populations into a tailspin. But even as fate plays tricks, politicians still spend their energy mulling over battling the pandemic without bringing down Wall Street. Are humans just cogs in the economy, and even a plague won’t change that?
Read more
Translated by Grace Chong on 13 October 2021

Countries around the world, including the US, are having a headache over infrastructure development because the issues of funding, technology and construction teams can rarely be resolved at the same time.

First and foremost, infrastructure-building requires huge funds. While a country like the US does not lack funds, its system stipulates that any major investment project cannot be decided by the government alone but must be passed through Congress. And because it is difficult for the Democrats and Republicans to reach a consensus, investment plans are often left at the wayside. Besides, even if countries have funds it is hard to put together construction teams with the necessary technology know-how and qualifications, thus widening the gaps in infrastructure development.

Hitting the brakes on endless construction

Termed an “infrastructure maniac”, China has been in a building frenzy for decades. Each year, more and more money is poured into infrastructure, and an increasing number of projects are launched. However, despite the huge size of China’s domestic market, many construction companies are hungry for business and end up venturing overseas to take on more projects.

Against this backdrop, the Chinese government is not worried about infrastructure-building slowing down so much as the economy overheating and a domestic financial crisis brewing. Thus, instead of accelerating its pace of construction, in recent years, the Chinese government has been doing just the opposite — hitting the brakes — to ensure the stable development of the economy and society.

For example, with regard to building super skyscrapers, the Chinese government has banned the construction of buildings taller than 500 metres, and imposed strict restrictions on building skyscrapers more than 250 metres tall. China’s Ministry of Housing and Urban-Rural Development also released a notice on strengthening the planning, construction, and management of super skyscrapers, stipulating that all regions must strictly control the height of buildings and the construction of new super high-rise buildings, and in general refrain from building super high-rise residential buildings.

Skyscrapers have always been a mark of a city’s prosperity. Five of the ten tallest buildings in the world are found in mainland China

This is not the first time that China has imposed building height restrictions. In February 2016, the central government proposed to strengthen the design and management of public buildings as well as skyscrapers above the height limit. It also planned to establish a post-evaluation system for large-scale public construction projects. In September 2019, the Ministry of Housing and Urban-Rural Development reiterated that it would strictly control the construction of super tall buildings, implement a review system for seismic fortification of buildings beyond the height limit, and strengthen the management of such buildings in terms of earthquake resistance, fire protection and energy conservation.

This July, the National Development and Reform Commission (NDRC) released a notice stating that the building of skyscrapers exceeding 250 metres in height will be heavily restricted, while the construction of new buildings taller than 500 metres will be banned. Policies have become stricter than ever before, leaving no room for negotiation.

In 2018 alone, 88 supertall buildings above the height of 200 metres were built across China, accounting for nearly two-thirds of the global total.

With the rapid development of the economy and advancements in construction technology, various regions are building supertall buildings one after the other to maximise the use of the limited land they have. This is related to their misconception that magnificent and super skyscrapers are a symbol of a city’s state of modernisation. They thus compete with each other to see who can build taller buildings. Not only that, they have a penchant for building weird-looking buildings that are impractical, expensive and consume an excessive amount of energy, on top of being much more difficult to manage.

In 2018 alone, 88 supertall buildings above the height of 200 metres were built across China, accounting for nearly two-thirds of the global total. Super skyscrapers not only result in a waste of resources but also pose great safety risks and serve to create a uniform and mundane city landscape.

But faced with various height restrictions, several Chinese regions had to make adjustments to their original plans. The Wuhan Greenland Center will now stand at 475 metres, while the Greenland Jinmao International Financial Center will stand at 499.8 metres. Chengdu’s Panda Tower, renamed as the “One Belt One Road Building”, will stand at 489 metres.

The 117-storey skyscraper in Tianjin, originally planned to be 596.5 metres in height, ended up unfinished when construction was halted due to a lack of funds. Construction for the Sky City in Changsha, an 838-metre tall skyscraper that once aimed to surpass Dubai’s Burj Khalifa as the world’s tallest building, never really materialised as well.

On 18 May 2021, the landmark 300-metre tall SEG Plaza in Shenzhen started to wobble, sending people in the building into a state of panic. While nobody was hurt, this goes to show that the safety of skyscrapers needs to be reassessed.

In addition, statistics show that the vacancy rate of offices in supertall buildings of certain cities is relatively high, and even exceeds 40% in second- and third-tier cities. Numerous supertall buildings are currently under construction across China. Most of these buildings will be under-utilised and lead to major wastage once completed.

Apart from imposing height restrictions, the Chinese government is also strictly controlling the construction of urban rail transit systems. Currently, 46 cities in China have urban rail transit lines and many third- and fourth-tier cities are eager to jump on the bandwagon. But because subways are operating at a loss in most Chinese cities and require government subsidies, the Chinese government is also restricting the construction of subway lines.

In 2003, the Chinese State Council released a notice on strengthening the management of urban rapid rail transit construction. In 2018, the NDRC further tightened the regulations, stating that cities applying for subway construction approval should have over 30 billion RMB in public budget revenues, an increase from the previous 10 billion RMB required. They should also have a regional GDP of more than 300 billion RMB (an increase from the previous 100 billion RMB), and a permanent urban population of over three million. In addition, their one-way passenger flow should be over 30,000 per hour during peak hours on planned routes.

Cities applying for light rail construction should have more than 15 billion RMB in public budget revenues, a regional GDP of more than 150 billion RMB, and a permanent urban population of 1.5 million. It should also have a one-way passenger flow of more than 10,000 people during peak hours.

...apart from those operating in the four first-tier cities, all other high-speed rails are operating at a loss.

Based on such regulations, subway constructions that were underway in Baotou, Inner Mongolia, were halted due to the population size being less than three million. Similarly, Jiangsu’s Yangzhou has been failing in its subway applications because its population size does not meet the requirements. Since Baotou does not have a huge population, it might be hard to meet the minimum passenger flow should a subway be built. Besides, Baotou’s annual fiscal revenue is only over 20 billion RMB while the investment outlay for subway construction can be as high as 30.552 billion RMB, the bulk of which would be raised through bank loans. Such a massive subway investment project would certainly become a huge financial burden on the local government.

At the same time, while China’s high-speed rail construction has always seen rapid development, the Chinese government is also strictly regulating the construction of new high-speed railways. In late March this year, the General  Office of the State Council reposted a notice on the further improvement of railway planning and construction from the NDRC and other relevant departments, which said that no new parallel lines should be built if the utilisation rate of existing high-speed railway lines is less than 80%.

These are the necessary measures taken based on China’s unique national conditions. Otherwise, the country would be in for even greater challenges.

Economy
How China’s housing market landed in the deep freeze

Economy
The truth behind the US’s huge trade deficit