Will China concept stocks pull out of the US completely?

Amid recent news of Chinese ride-hailing company Didi delisting from the New York Stock Exchange, Zaobao correspondent Edwin Ong notes that China seems to be closing a regulatory loophole allowing companies to sidestep the Chinese authorities and get listed overseas. In turn, the US is taking action to require audit checks on Chinese companies that are already listed or want to get listed in the US. Is this a sign of financial decoupling between the US and China or will both sides reach an agreement on regulations? 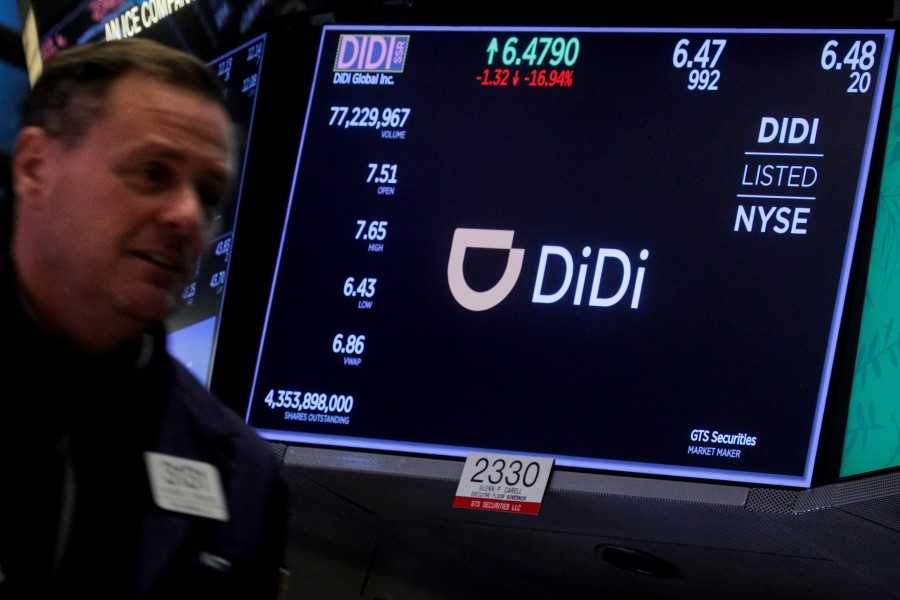 Candice Chan - 25 January 2023
While the Americans have made noticeable progress in their “pivot” to Asia, the crux of successful regional engagement rests on Washington’s ability to work with and around China’s indisputable links and influence in this part of the world, while managing its own relationship with Beijing.
Read more
Translated by Candice Chan on 9 December 2021

As the Omicron variant spreads and amid bad news such as Didi delisting from the New York Stock Exchange, stock markets in mainland China and Hong Kong are recently taking a second major dive since July, with China concept stocks marking the biggest drop in a decade on 3 December and share prices of online giant Alibaba falling by over 8%, and unloading activity continuing on 6 December.

But the bigger reason for the overall impact on China concept stocks is the added spectre of decoupling of the Chinese and US financial markets. On 1 December, following news that the China Securities Regulatory Commission (CSRC) was considering banning the overseas listings of tech companies using the VIE (variable interest entities) structure, the US Securities and Exchange Commission (SEC) announced the next day that foreign companies will be required to submit audit reports to the authorities for inspection, or face delisting in the US, putting China concept stocks at a higher risk of getting delisted. Investors are anxious and worried about whether China concept stocks will eventually have to pull out completely from the US.

The VIE structure is a shell-company format that has long been used by Alibaba, Tencent and other China tech giants, where the company is split into two entities to bypass the Chinese government’s restrictions on foreign ownership and overseas listings, making it a crucial means of allowing Chinese companies to obtain foreign funding.

The Chinese authorities investigated this loophole in late August, with the Wall Street Journal reporting that the CSRC was planning to tighten regulations on overseas listings of China concept stocks. On 1 December, Bloomberg quoted information that the CSRC was drafting new rules to stop tech companies from overseas listings through the VIE structure, blocking a route that many Chinese tech companies have used over the years to evade regulatory checks.

Some analyses have it that following China’s online security inspections on Didi, the new rules are another heavy blow to overseas listings for Chinese companies, which may not only change the structure of share ownership in these companies, but may even lead to companies in sensitive industries pulling out.

This is a clear signal that it is not the authorities’ intention to cut off the route for China companies to get on the US markets...

On 5 December, the CSRC official website cited a spokesperson answering journalists’ queries, soothing market anxiety by saying: “Recently, some overseas media reported that Chinese regulators will ban overseas listing of companies with VIE structure and demand Chinese companies to delist from U.S. stock exchanges, which is a completely (sic) misunderstanding and misinterpretation.”

The spokesperson said the CSRC and relevant Chinese regulatory authorities have always been open to and fully respect Chinese companies’ independent choices of overseas listing venues in compliance with relevant laws and regulations, adding that some domestic companies are actively communicating with domestic and foreign regulators to seek a listing in the US markets. This is a clear signal that it is not the authorities’ intention to cut off the route for China companies to get on the US markets; it is not stepping up efforts to get China concept stocks to pull out of the US; and it will continue to close an eye to the VIE structure.

The US SEC passing the Holding Foreign Companies Accountable Act (HFCAA) on 2 December has also made things worse for China concept stocks, as it specifically requires the Public Company Accounting Oversight Board (PCAOB) to be allowed to inspect the audits of Chinese firms that list and trade in the US, or for these companies to be delisted from exchanges if the PCAOB is not able to audit requested reports for three consecutive years. With that, over 200 companies have fallen under the shadow of possibly being delisted.

Since 2002, the US has repeatedly requested to inspect audit records, but Beijing has always cited national security in not allowing the PCAOB to inspect the audit records of US-listed mainland China and Hong Kong companies, which became a point of contention after China-US trade frictions worsened.

After US-listed Luckin Coffee fabricated more than US$310 million (S$420 million) worth of sales in 2019 and was made to delist by NASDAQ, the US Congress stepped up on pushing the HFCAA and passed it in December, requiring Chinese companies to open up their account books, escalating China-US frictions to the financial sector, adding to the risk of financial decoupling between the two countries.

The CSRC spokesperson also responded to the HFCAA: “In recent years, however, certain political fractions (sic) in the U.S. have turned capital market regulation into part of their politicizing tools, waging unwarranted clampdowns on Chinese companies and coercing them into delisting from US stock exchanges. This lose-lose mentality goes against the fundamental principles and rule of law of the market economy, harms the interests of global investors, undermines the international status of the US capital markets, and benefits nobody.”

This shows that China and the US have not given up on managing regulatory differences and discussions have not yet fallen through.

The spokesperson also said, “In terms of audit oversight cooperation, the CSRC has recently conducted candid and constructive communications with the US SEC and PCAOB to address issues in bilateral cooperation and has made positive progress on several important issues,” adding that the CSRC will also “continue its candid dialogues with its US counterparts, and endeavour to resolve the remaining issues in audit oversight cooperation in the near future.” This shows that China and the US have not given up on managing regulatory differences and discussions have not yet fallen through.

But while the countdown begins on US regulatory moves, a Citibank analyst has pointed out that Didi’s exit from the US market seems to be an “isolated case”, and the soonest that other China concept stocks might be shut out of the US market would probably be 2025, so market concerns are clearly overstated.

...the persuasiveness of Wall Street’s interests is more likely to prevail over strong anti-China sentiments in the US political scene...

In short, China has given positive signals that it does not want to accelerate financial decoupling with the US; on its part, while the US has come up with clear policies to strengthen checks on US-listed Chinese companies, there is a window of at least three years for both sides to negotiate, which gives ample time to resolve differences. China and the US would not be able to bear the cost of decoupling — the US government announced that as of May this year, there were 248 US-listed Chinese companies, with a total market capitalisation of US$2.1 trillion.

It can be foreseen that in this tug-of-war, the persuasiveness of Wall Street’s interests is more likely to prevail over strong anti-China sentiments in the US political scene, and we can expect China and the US to reach a consensus on regulatory issues.

Related: With Ant Group's record $34.5 billion IPO suspended, what happens next? | Lenovo's IPO withdrawal: Why Lenovo is no longer the golden boy of the Chinese tech industry | Ride-hailing giant Didi slapped with Chinese cybersecurity review days after IPO | HK Stock Exchange to benefit from returning US-listed Chinese firms | Misbehaving US-listed Chinese enterprises and their gambler attitudes | If not the US, can the Chinese government provide better IPO choices for internet companies?