Japanese academic Kai Kajitani examines the enormous impact that the coronavirus is having on the Chinese economy. Measures are in place to absorb the shocks — but unlike many countries, the country has so far gone with other routes apart from direct cash payouts. Will these efforts be enough? And are the voices of the underclass in society being heard? 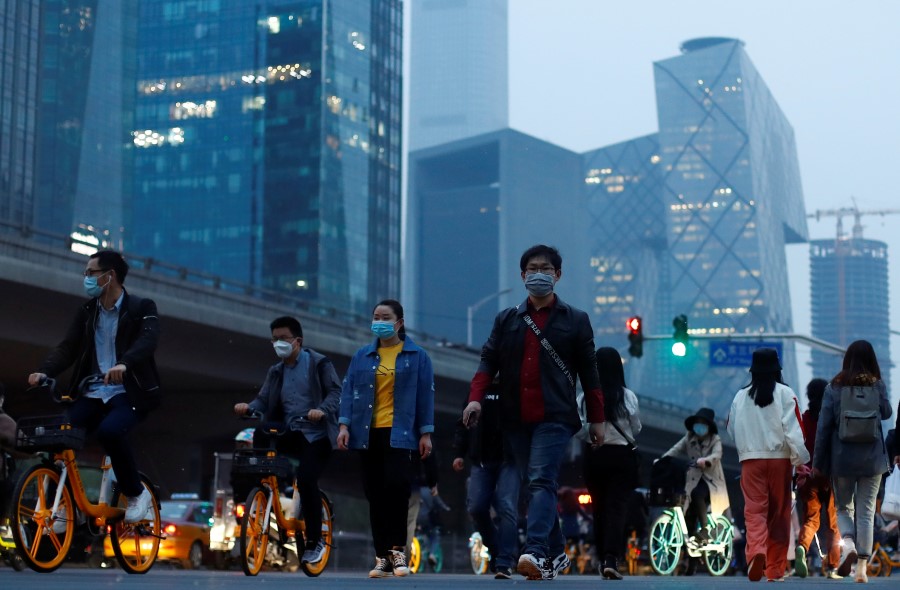 Candice Chan - 20 June 2022
The Fujian, China’s third aircraft carrier, was launched on 17 June. The highlight is the electromagnetic catapult system for launching aircraft, which could put it on par with much of the US’s cutting-edge technology in the field. Zaobao correspondent Yu Zeyuan takes a closer look at the implications of this development.
Read more
Translated by Candice Chan on 24 April 2020

The Covid-19 coronavirus outbreak that started in Hubei province at the end of 2019 and spread across China and elsewhere, has been seriously affecting the economy of China and the world, with the flow of people and products blocked as a result of lockdowns and other measures.

Chinese economic indicators in January and February in 2020, announced on 16 March 2020, showed a year-on-year decrease of approximately 20% across the board, including decreases of 20.5%, 17.2%, 13.5% and 24.5% in retail sales, exports, industrial value-added and investments in fixed assets, respectively, sending shock waves both domestically and internationally. How should we evaluate the economic measures taken by the Chinese government to address its economy, which has been seriously affected by the coronavirus?

One particularly serious impact on the Chinese economy is the simultaneous trigger of supply and demand shocks.

The supply shock has had a serious impact on the manufacturing industry, the key to global supply chains. Labour has been in short supply in many areas because workers went back to their hometowns to avoid infection and have not come back to the cities.

In addition, shortages of intermediate goods are serious in a number of industries. The automobile industry is badly affected in particular, due to the delay in the resumption of operations in Hubei and other provinces.

Furthermore, prices for agricultural products such as vegetables have been rising across the board. This can be attributed to acute labour shortages due to the exodus of farmers who used to engage in agricultural operations in coastal areas before the epidemic.

Against this backdrop of serious labour shortages, the service industry, among other industries, is experiencing demand shocks, resulting in unemployment and wage reductions. The urban unemployment rate rose significantly to 6.2% in February 2020 from 5.3% in January, the highest rate since the government began reporting the number. In addition, many small- and medium-sized companies struggling with financing are reportedly reducing wages because their operations have been suspended by the lockdown measures.

To address these demand and supply shocks, the Chinese government moved to provide liquidity for companies struggling with financing. On 1 February, five departments overseeing economic policies including the People’s Bank of China (PBOC) and the Ministry of Finance jointly released a “Notice Concerning Further Strengthening Financial Support for the Prevention and Control of the Novel Coronavirus Infectious Pneumonia Disease”. Following this announcement, the PBOC immediately started providing loans at rates significantly lower than Loan Prime Rate (LPR) levels previously specified, primarily to companies located in outbreak areas such as Hubei province, industries that produce medical items and daily goods, retailers and restaurants significantly affected by the lockdowns, and very small businesses.

... the Chinese government has implemented fiscal stimulus measures one after another...

Needless to say, financial easing is necessary to support the financing of companies that are struggling due to the decrease in demand. However, managing financial policies is extremely difficult because of the supply bottleneck that industries suffer due to factors such as labour shortage, and those attempting to manage the situation have to be careful of price increases.

Therefore, the Chinese government has implemented fiscal stimulus measures one after another, including exemptions from social security contributions and housing provident fund contributions for a certain period of time, as well as tax reductions for small- and medium-sized companies, particularly in seriously affected areas, since relatively early stages of the coronavirus outbreak. It is assumed that government spending to date accounts for 1.2% of GDP. (N.B: According to Statista, China 's economic stimulus package as a percentage of GDP stands at 2.5% as of 20 April 2020.)

However, it is questionable whether these measures are sufficient to mitigate the economic shock. As the coronavirus spread became global from March, major countries around the world have put into place emergency economic measures one after another to support their people. The US government has announced a fiscal stimulus package totalling US$2.3 trillion, or approximately 10% of its GDP, including cash payments to its people. Cash payments have been also implemented for individuals and businesses by the German and Hong Kong governments through their fiscal spending programs. So far, the Chinese government has been very reluctant to offer this kind of direct income compensation through government spending.

Nevertheless, the Chinese government acknowledges the necessity of further government spending. At the Politburo meeting held by the Central Committee on 27 March, it decided to change its course of action toward the implementation of full-scale government spending, including the relaxation of the fiscal deficit limit which had been set to 3% of its GDP, and the first resolution to issue special national bonds in 13 years, among other measures.

It is reported that the government established a policy featuring public spending on new infrastructure construction, including the construction of high-speed inter-city railways, the improvement of high speed communication networks including 5G, and the enhancement of data centers, artificial intelligence (AI) and smart factories, as a part of the economic stimulus measures that it will implement going forward.

It can be said that the Chinese economic measures to address the economic shocks from the coronavirus so far are characterised by actions that closely follow mainstream economic policies, such as:

(1) efforts to focus on financing companies at low-interest rates rather than offering personal income compensation,

(2) abstaining from implementing measures aimed at stimulating total demand in a phase where supply shocks are significant, and

...too much emphasis has been put on maintaining efficiency in the economic measures of the Chinese government.

From this perspective, the measures taken by the Chinese government are at the opposite end of the spectrum from the economic measures of US implemented by the Trump administration, in which emphasis is placed on the rescue of workers and responses to demand shocks mainly by way of cash payments and compensation for lost wages.

Having said that, amid the sharp rise in unemployment rate, it is doubtful that small businesses and workers in an unstable employment environment have been provided with sufficient relief in China. This is because too much emphasis has been put on maintaining efficiency in the economic measures of the Chinese government.

For the time being, the voice of the underclass in society is hardly reflected in China’s domestic media or the media outside China. However, if no measures are taken, there is concern that social class divisions inherent in Chinese society will become more serious due to the economic shocks of the coronavirus.

With any response to the globally spreading Covid-19 coronavirus expected to take a long time, we should pay more attention to the economic measures taken by the Chinese government, including any side effects, and continue to watch how things develop.