Despite past macroeconomic stability, the US economy is beginning to see increased inflation across many sectors. Reports say that US consumer price figures for January due on Thursday could show core inflation rising to the fastest pace since 1982 at 5.9%. The situation is not helped by the government's recent move to issue additional debt which was mostly purchased by Fed banks. If the US government defaults on its debt, the global financial market will be affected. Higher interest rates to fight inflation in the US may also require that China and other Asian economies adjust their own domestic policies on interest rates and exchange rates. 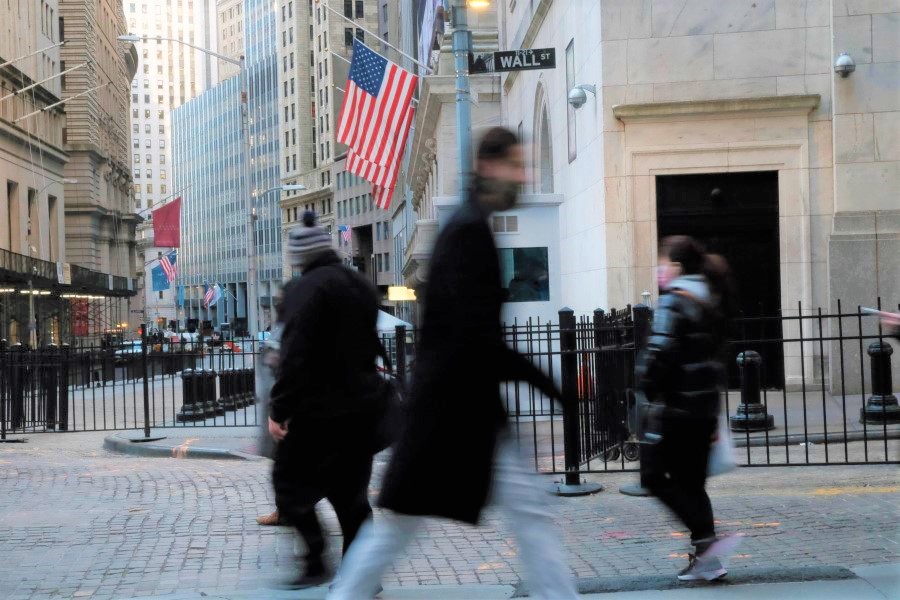 Candice Chan - 10 August 2022
Li Cheng, director of the John L. Thornton China Center of the Brookings Institution, notes that China’s emergence as an economic powerhouse has been accompanied by the rise to prominence of seasoned financial technocrats or self-taught experts. While these "new kids on the block" will most likely enter the new CCP Central Committee this fall for the first time, time will tell how they will respond to the many daunting economic and financial challenges at both the provincial and national levels.
Read more
Translated by Candice Chan on 3 February 2022

Typically, the topic of inflation seems distant to a class of young economic students. It is as if one is talking about a mythical creature — maybe it exists in some remote places, maybe it’s in developing countries, but never in the US or the rest of the developed world.

This lack of concern over inflation is partly because for many decades, the American economy enjoyed a prolonged period of relative macroeconomic stability. This period, known as the Great Moderation (from the mid-1980s to 2007), was characterised by robust economic growth, stability and low inflation.

Thus, some analysts believe that high inflation is a problem endemic to developing countries and that economists have an unhealthy obsession with inflation. Despite the aggressive lax monetary policies from the European Central Bank, Bank of Japan and the US Federal Reserve, inflation is nowhere to be seen.

The concern is that past policies that have been used to avoid a deep recession during the pandemic can lead to a volatile economy with high inflation. From the labour market to the housing market and the financial market, all are not spared.

To tame the market’s inflationary expectations, the Fed announced in January 2022 that “the Committee is prepared to use its full range of tools to achieve its maximum employment and price stability goals”. It appears to have calmed investors for the time being.

Lesson from the past: Volcker’s costly fight against inflation

Inflation, of course, is not an alien concept to developed countries. In the early 1980s, the Fed led by the late chairman Paul Volcker recognised that the double-digit inflation rate observed in the US was a serious threat to economic growth and full employment.

The long-term interest rate in the early 1980s was above 12%. The market had adjusted the expectations of high inflation from the loose monetary policy from the past.

Chairman Paul Volcker was determined to contract the money supply and credit, hoping to bring both inflation and long-term interest rate down.

Contrary to what he expected, the long-term interest rate did not lower immediately under the Fed’s tight monetary policy; in fact it rose higher. By the end of 1984, the 10-year interest rate was above 14% — much higher than when the battle against inflation started.

...fighting against inflation can be costly in terms of economic output if the monetary authority with (imperfect) credibility cannot manage the expectations of the market.

Simply put, the market did not believe that chairman Volcker’s commitment to fighting inflation was a credible one. The market acted on the premise of historical high inflation, leading to a painful economic recession from 1980 to 1982 in the US.

The takeaway of this painful episode is that fighting against inflation can be costly in terms of economic output if the monetary authority with (imperfect) credibility cannot manage the expectations of the market.

Are the current inflationary risks real?

Inflation and sudden unexpected inflation are harmful to the economy. If inflation turns out to be different from market expectations, it changes the effective rate of returns of assets.

Debt as a fraction of GDP increased from 100% to 140% during the pandemic. In other words, it would require more than a year of GDP to honour the outstanding debt issued by the US government.

But market expectations may underestimate the real threat of high inflation.

The disruptions in the global supply chain may have contributed to the rise in global inflation in 2021, in which case, it would be transitory. But we cannot underestimate the role played by the aggressive fiscal stimulus and accommodating monetary policy, especially in the US, during the current pandemic.

To fight the pandemic, the US federal government issued additional debt, and most of this debt was purchased by the Federal Reserve Banks.

From Figure 2 we can see that during the current pandemic, the Fed purchased US$3 trillion of new debt issued by the Treasury. Debt as a fraction of GDP increased from 100% to 140% during the pandemic. In other words, it would require more than a year of GDP to honour the outstanding debt issued by the US government.

Potential impact on the global economy

The Fed’s actions can affect the global economy. With the increasing risks of higher inflation expectation in the US economy, the Fed will probably increase the target range for the federal fund rates (short-term interest rate) and reduce the purchase of Treasury bonds. This will depress the bond prices and increase the interest rate in the global market.

Higher interest rates to fight inflation in the US may require that China and other Asian economies adjust their own domestic policies on interest rates and exchange rates.

Interest rate hikes in the US can affect the economic path and asset market in other countries, including that of China and other Asian economies. Higher costs of borrowing historically have reduced the demand for durable goods and depressed the value of assets, including housing. The housing market and the financial market are particularly sensitive to the movements of long-term interest rates.

What do we expect in the near future?

Fundamentally, the discussion over whether high inflation rates are here to stay is equivalent to asking whether the US government can raise future fiscal surpluses.

So far, the market believes that the US fiscal deficit is large because these are exceptional times. But often, a debt crisis comes when we least expect it (we learned that during the Eurozone debt crisis when many countries faced repayment issues).

If the US government is not able to generate future fiscal surpluses to serve the outstanding debt, there are a few options down the road.

One possibility is that the US government defaults on its debt, which can have severe ramifications in the global financial market. Another possibility is for the Fed to monetise their debt, that is the US prints its money out of thin air to serve the outstanding debt. Both paths can create severe harm for the US and the global economy.

Once inflation expectations are out of control, deep and prolonged recessions are inevitable. Structural fiscal reforms and credible monetary plans are essential to building a stable and sustainable macroeconomic environment for growth.

Fiscal reforms are probably needed sooner rather than later if we intend to anchor inflation expectations and avoid a deep global recession.

The tumultuous economic performance in Latin America from 1960 to 1980 is a clear example of this requirement. The region has been plagued with rampant inflation, as a consequence of the central banks financing the deficit generated by the government increasing spending. Many countries in the region had to default on their sovereign debts.

The fight against inflation requires a coordinating policy between the monetary authority and fiscal authority in the US fiscal reforms. Fiscal reforms are probably needed sooner rather than later if we intend to anchor inflation expectations and avoid a deep global recession.

Related: How the global economy can speed up its recovery in 2022 | Why credit rating firms stay silent on the US's recurring sovereign debt woes | The truth behind the US's huge trade deficit | What financial decoupling?