With Vietnam at the helm of ASEAN this year, the grouping has wielded the aegis of international law to ensure that international and regional concerns about the South China Sea are respected in Code of Conduct negotiations. ISEAS academic Hoang Thi Ha says that while China prefers to settle SCS issues between itself and ASEAN member states, this is not what ASEAN has in mind. 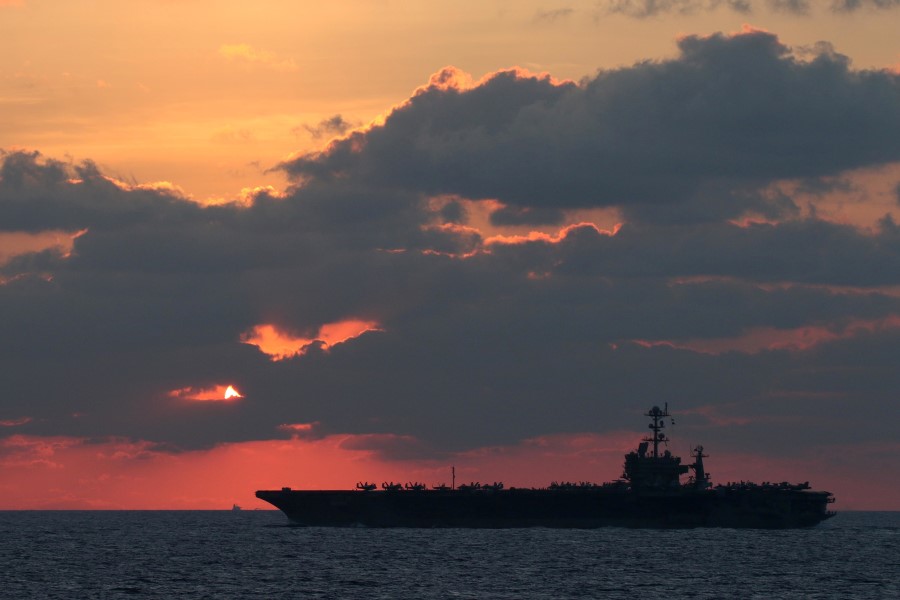 Candice Chan - 20 September 2022
Li Cheng, director of the John L. Thornton China Center of the Brookings Institution, notes that well-educated and professionally capable military technocrats are prominently represented in the PLA leadership, and this trend is set to continue after the 20th Party Congress. What contributions will this new corps of military technocrats make as Xi Jinping heads into a likely third term?
Read more
Translated by Candice Chan on 22 September 2020

The Covid-19 pandemic ravaging the region has stalled negotiations on a code of conduct (COC) in the South China Sea (SCS), and China is pushing hard to resume the talks. The pandemic has deprived Beijing of the pretext to sell the narrative that “all is calm in the SCS” and that China and ASEAN are making “progress” on the COC. But the truth remains that there has been no substantive discussion to claim “progress”. In addition, recent developments at sea and in lawfare suggest anything but “harmony” and “calm waters” in the SCS.

The end-goal is to work towards a regional maritime order that is best left to China and its smaller neighbours without “outsider intervention” — one that is more pliable and conforming to China’s worldview and interests.

Nonetheless, China continues to push forward this positive (but flawed) narrative, regardless of happenings on the ground. The prized value of the COC process to Beijing is not to prevent and manage incidents, but to create and amplify the positive narrative that regional countries can manage their problems and hence external powers should be kept at bay. The end-goal is to work towards a regional maritime order that is best left to China and its smaller neighbours without “outsider intervention” — one that is more pliable and conforming to China’s worldview and interests. Chinese leaders frequently stress the importance for regional states to “jointly shape the rules of the region” in the maritime area. This parochial characterisation of “rule-making” is diametrically opposed to ASEAN’s outward-looking approach that seeks to engage all external powers in an open, inclusive regional order.

The Covid-19-induced pause has given ASEAN an opportunity to reflect on the COC process, especially how to reconcile two opposing concepts: China’s proposition for a COC with “regional characteristics”, and ASEAN’s preference for international law’s universal character, especially the 1982 United Nations Convention on the Law of the Sea (UNCLOS).

At this, Vietnam and other like-minded ASEAN countries have increasingly sought to leverage the global-regional nexus on the issue. This trend has gained more momentum following Malaysia’s submission to the Commission on the Limits of Continental Shelf (CLCS) in December 2019, which claimed an extended continental shelf in the SCS beyond its 200nm exclusive economic zone. This triggered China’s response. A flurry of note-verbale exchanges ensued, involving Indonesia, Malaysia, the Philippines, Vietnam, as well as countries outside Southeast Asia, namely Australia, China and the US. On 16 September, France, Germany and the UK submitted a jointly-written note verbale, contesting China’s “historic rights” to the SCS. All these countries referred to UNCLOS as the legal basis to reject China’s maritime claims in the SCS.

Vietnam has strengthened ASEAN’s discourse on the SCS with a stronger and sharper focus on the primacy of international law. The chairman’s statement of the 36th ASEAN Summit in June affirmed UNCLOS as “the basis for determining maritime entitlements, sovereign rights, jurisdiction and legitimate interests over maritime zones”. This language was repeated in the chairman statements of ASEAN’s ministerial meetings with the US and Canada last week. The statements for meetings with Australia, New Zealand, Japan, and the EU were slightly modified, but essentially carried the same message.

By connecting the regional process with the UN’s international discourse, Southeast Asian littoral states hope to defend against the power asymmetry and hierarchical mindset inherently embedded in their bilateral relations with China.

Vietnam has been able to do what it did because chair statements are within its prerogative. But it is by no means alone in this endeavour. Vietnam’s emphasis on UNCLOS’s primacy is supported by other littoral states, including Brunei, Indonesia, Malaysia, the Philippines and Singapore. Transposing this position to ASEAN-wide consensus is, however, difficult. The Joint Communique of the ASEAN foreign ministers meeting (AMM) on 9 September was negotiated over two consecutive weeks, and was finalised 36 hours after the meeting proper had finished. Yet, its content remained quite similar to the communique of the preceding year, and was somewhat watered down from that of the June summit. There are always some ASEAN members who are acting at China’s bidding, even though their shores do not border the SCS.

Even so, Vietnam has managed to keep the global-regional nexus by referring to the United Nations General Assembly Resolution A/RES/74/19 adopted in December 2019. This stipulates that UNCLOS “sets out the legal framework within which all activities in the oceans and seas must be carried out.” By connecting the regional process with the UN’s international discourse, Southeast Asian littoral states hope to defend against the power asymmetry and hierarchical mindset inherently embedded in their bilateral relations with China.

The global-regional nexus is all the more important for the COC negotiations, not least because the international community’s attitude towards the future code has shifted from optimism and expectation to caution and concern. US assistant secretary of state David Stilwell in July emphasised that “US interests are clearly at stake in the COC process, as are those of all states who value freedom of the seas". Other Dialogue Partners such as Australia, India, Japan, New Zealand and the EU have repeatedly called for the COC to be compatible with international law. Their shared concern, looking at China’s proposed provisions, is that the COC may amount to an exclusionary regional arrangement which is implemented at the expense of their right to conduct military activities and energy exploration with ASEAN countries in the SCS.

The message is clear: although only ASEAN member states and China will be parties to the COC, ASEAN wants to be in the game with the weight of international law — and the international community — firmly behind it.

This article was first published as ISEAS Commentary 2020/141 "ASEAN and the South China Sea Code of Conduct: Raising the Aegis of International Law" by Hoang Thi Ha.