A celebration of Taiwan’s National Day in Fiji led to a physical altercation between Taiwan and mainland China officials, which in turn has resulted in a fresh escalation of cross-strait hostilities. Zaobao journalist Chuang Hui Liang examines where this might lead. 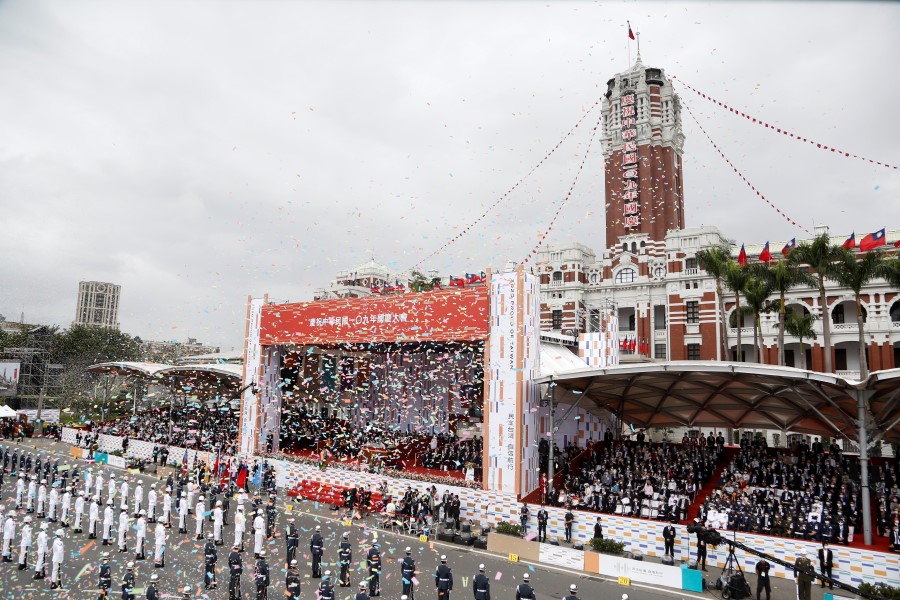 Candice Chan - 5 August 2022
China's "Foundation Plan" for iron ore has gained much official support, and is aimed at reducing reliance on foreign sources of iron, including Africa and Australia. The only way to do this effectively is for China to ramp up mining of its own iron resources. However, these resources are scattered and difficult to access, and of lower grade. This means China has its work cut out if it is to succeed.
Read more
Translated by Candice Chan on 22 October 2020

On 8 October in Suva, Fiji’s capital, two officials from the Chinese embassy in Fiji attempted to gatecrash a Taiwan National Day reception organised by the Taipei Trade Office in Fiji and take photos, leading to a physical altercation with Taiwanese officials. Following a report by New Zealand’s Asia Pacific Report on 19 October, Taiwan’s ruling and opposition parties called for Taiwan’s thus-far silent foreign ministry to stand up for frontline diplomatic staff.

Taiwan’s foreign ministry issued a strongly critical statement saying that China's "wolf-warrior diplomacy" has "engendered ill-feeling among the international community", and called on China's foreign ministry to "reflect carefully upon its improper conduct". The Chinese foreign ministry fired back that Taiwan was the instigator, setting off another cross-strait dispute.

The incident was revealed on the blog of Graham Davis, formerly the Fiji government’s principal communications adviser, and later published in the Asia Pacific Report.

It is unimaginable that Taiwan’s foreign ministry is keeping quiet about two mainland China diplomats forcing their way into a function of over 100 people, resulting in a Taiwanese official suffering a head injury.

Just a scuffle or a deeper menace?

After the news broke, Taiwan’s Deputy Foreign Minister Harry Tseng Ho-jen was hesitant when answering questions from ruling and opposition members in the Legislative Yuan. He said Fiji wished to smooth things over and that the foreign ministry was still discussing the best way to handle it without hurting relations with Fiji. However, the foreign ministry’s reticence did not give any greater clarity to the Legislative Yuan.

It is unimaginable that Taiwan’s foreign ministry is keeping quiet about two mainland China diplomats forcing their way into a function of over 100 people, resulting in a Taiwanese official suffering a head injury.

Even though Tseng reiterated that the details had to be discussed and clarified with all parties before explaining them to the public, a legislator from the ruling Democratic Progressive Party (DPP) angrily asked: “They are coming into our territory to make trouble, is there a need to discuss who is right or wrong?

“Get beaten up, and that’s it?

“We can’t scold China or protest with Fiji, and now you mean we can’t even publish a statement of protest on our own foreign ministry website?”

... the Taipei Trade Office in Fiji holds an annual celebration of Taiwan’s National Day, and mainland China diplomats are always there to take note and take photos of Fiji politicians or the government officials who attend.

Opposition Kuomintang (KMT) members were also angry and questioned why the foreign ministry did not take the initiative in revealing the episode, and why there were no security personnel to stop the incident from happening, such that the Taiwan official suffered a head injury. Only then did the foreign ministry say that the person injured was a security officer hired by the mission.

A Taiwanese in Fiji was reported as saying the injured person was a counsellor from Taiwan’s National Security Bureau (NSB). The NSB did not comment on this statement.

A Taiwanese businessman in Fiji said the Taipei Trade Office in Fiji holds an annual celebration of Taiwan’s National Day, and mainland China diplomats are always there to take note and take photos of Fiji politicians or the government officials who attend.

As cross-strait relations are highly sensitive at the moment, the Taipei Trade Office in Fiji specially hosted the celebrations at a hotel this year. The scuffle occurred near the doorway of a VIP room that was en route to the function venue. Guests at the event did not know that a fight had occurred.

While the South Pacific country of Fiji does not have official relations with Taiwan, if the incident was really as the Taiwan foreign ministry described — that is, it was the mainland Chinese officials who started the fight — why did Taiwan fail to report the case to the Fijian police or submit evidence immediately? Why was it the mainland that lodged a police complaint? Taiwan’s feeble reaction to this physical altercation also deals a major blow to its frontline diplomatic officials.

It was not until Taiwan legislators made strong calls for action to be taken that the foreign ministry officially filed a police complaint to the Fijian police. Did the foreign ministry have other hidden agendas or considerations? It was not until 12 days after the scuffle and intense public rage that Taiwan’s President Office and Executive Yuan condemned the mainland for its violent behaviour and stated that it would make relevant evidence known to the world.

In future, all overseas activities of Taiwan will be beset with challenges and this covers various aspects such as the military and diplomacy.

However, the Fijian police said on 20 October that this case has been handed over to the diplomatic departments and that the police would neither continue investigations nor make further comments. It seems even more difficult to seek justice now.

Experts say that the scuffle in Fiji reflects unprecedented animosity and tension between both sides of the Taiwan Strait. The mainland officials’ tough stance also shows that this is not a standalone occurrence. In future, all overseas activities of Taiwan will be beset with challenges and this covers various aspects such as the military and diplomacy. Conflicts are now inevitable.

Cross-strait conflicts have been intensifying since the Hong Kong protests last year and the Covid-19 pandemic this year. Taiwan sees the mainland as a hostile regime through the prism of its five national security laws. Electioneering during the US presidential election has also provoked sensitive nerves on both sides of the Taiwan Strait. Mainland military exercises have not stopped and it has already become a norm for the People’s Liberation Army to cross the median line of the Taiwan Strait. Recently, a flight from Taiwan was also prevented from reaching the disputed Pratas Islands (administered by Taiwan but also claimed by Beijing), in yet another warning sign.

...the mainland’s broadcast of a “Taiwanese Spies” series on CCTV was not only a warning to Taiwan but also an attempt to sow deeper discord between the mainland and Taiwan.

Despite the fact that Taiwan tried to tamp down cross-strait tensions during its Double Tenth Day speech on 10 October, the mainland’s broadcast of a “Taiwanese Spies” series on CCTV was not only a warning to Taiwan but also an attempt to sow deeper discord between the mainland and Taiwan. Taiwan’s Mainland Affairs Council also recently released an animation explaining the possible “landmines” buried in Hong Kong’s national security law, warning Taiwanese to be extra careful in their cross-strait interactions. With animosity between the mainlanders and Taiwanese quickly rising, the future of cross-strait relations is definitely not an optimistic one.

According to Reuters, Taiwan foreign ministry spokeswoman Joanne Ou said on 20 October that Taiwan was a "peace-loving country", and it will continue to invite people to celebrate its National Day around the world. Taiwan Premier Su Tseng-chang told reporters the world needed to see what China was capable of, describing the Chinese officials as behaving like "hooligans" and committing "a barbaric act". In response, Chinese foreign ministry spokesman Zhao Lijian labelled Taiwan's remarks as "rubbish" and "bogus accusations". Fiji's foreign ministry has yet to comment on the incident.

Related: The only way out for the Taiwan issue | The biggest challenge in China's diplomacy | The median line of the Taiwan Strait: No longer a boundary for mainland China | Failed 'coercive diplomacy'? Beijing might harden its stance on Taiwan after Czech delegation's visit | The PLA’s game of deterrence in the Taiwan Strait