Can China reverse its population decline?

A study shows that the global population will peak before the end of the century and populations in most countries will be on a downward trajectory. China is no exception. Its birth rate continues to fall each year and its population size is expected to be as low as 730 million by 2100. How can China prevent this problem from becoming its Achilles heel? 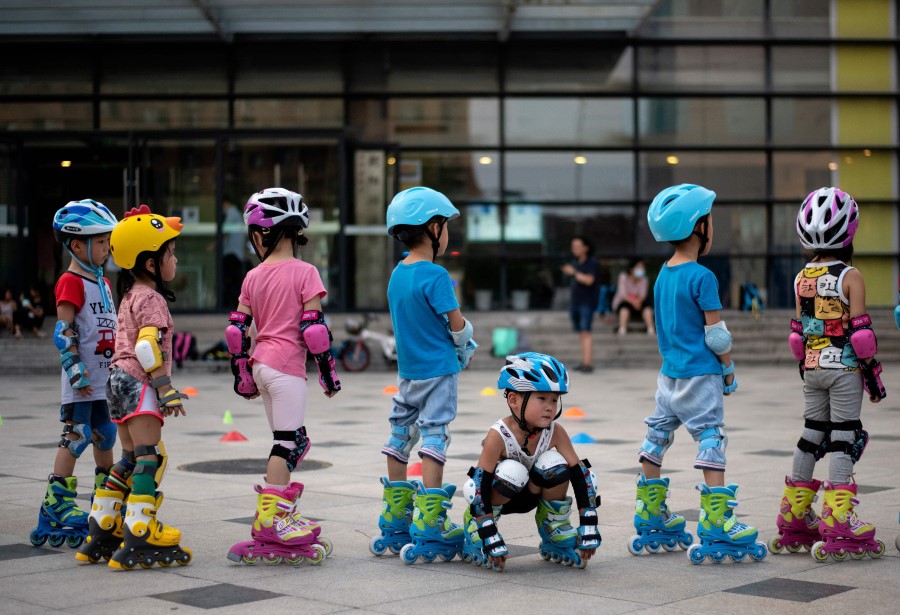 Candice Chan - 29 June 2022
Over the past couple of years, there has been an influx of migrants from Hong Kong to the UK. Communities have been forming in various cities, such as London and Manchester. And as Hong Kongers find jobs and settle in, the British way of life rubs off on them. But underneath all that, they remain Hong Kongers at heart.
Read more
Translated by Candice Chan on 20 August 2020

According to The Economist, a study by the University of Washington projects that the global population will peak in 2064 and then fall steadily to an estimated 8.9 billion in 2100, which is lower than the UN’s estimate of about 10.9 billion. Figures aside, the general trend here is that with economic growth and education, birth rates will fall more quickly. In the long term, the only region that will see a net increase in population is the African continent south of the Sahara desert.

The study notes that many countries will see a population decline of at least 50% — in particular, China’s population will fall from 1.6 billion now to 730 million by the end of the century.

Such a significant decline in population will not be good news for China’s long-term economic and social development, because it would not be a natural result of economic and educational progress, but mainly from the mandatory one-child policy going back to the 1970s. It was difficult for this short-sighted, short-term policy to self-correct or reverse once it became a social norm.

In recent years, Beijing has quickly done a U-turn and become open and even encouraging of couples having a second child, but China’s birth rate continues to fall each year, from 12.1 babies per 1,000 people in 2017 to 11.8 in 2019, and a projected 11.4 in 2020. This will lead to an immediate labour shortage, and in the long term will also hinder normal economic growth.

Besides, Beijing’s one-child policy only applies to Han people, leading to a falling proportion of Hans in China’s border regions, and resulting in a long-term threat to “maintaining stability”. Recently, Beijing ended the short-sighted policy favouring births among minorities, which sparked high-profile accusations by US magazine Foreign Policy of forced sterilisation among China’s minorities.

While birth rates in the US and China are both 1.7, far lower than the replacement rate of 2.1, a few Western countries like the US, Canada, and Australia can maintain population growth through immigration policies, albeit slowly.

Population does not just provide a labour force for productivity, it is also an indicator of consumer demand for the economy. At China’s current level of development, its future economic growth will mainly be driven by consumption, especially with globalisation being reversed by populism, domestic demand will become an increasingly important economic driver.

Amid the coronavirus, many people feel the decline of the US is inevitable and the “China Century” is approaching. But population trends show a different outlook. While birth rates in the US and China are both 1.7, far lower than the replacement rate of 2.1, a few Western countries like the US, Canada, and Australia can maintain population growth through immigration policies, albeit slowly.

Many years ago, I pointed out that if China wants to stay strong, it should have a long-term plan to take in foreigners, with the top pick being those from Southeast Asia. This has unofficially started at the China-Vietnam border. However, the culture and moral appeal that Chang’an — China’s capital during the height of the Han and Tang dynasties — had is where Beijing’s system falls short. Going by Beijing’s rapid loss of influence over Hong Kong and Taiwan in recent years, it is hard to imagine that China can emulate Uncle Sam in taking in “others” and being a cultural melting pot.

Given this population outlook and the lack of moral appeal China has in the region, the New York Times ran an opinion piece that said, “Instead of a Chinese Century, in other words, the coronavirus might be ushering in a Chinese Decade…”

And this is worth thinking about.