Can Hubei bounce back after the pandemic, like Sichuan did after the earthquake?

China’s Hubei province — most badly-hit by the Covid-19 pandemic — has pressed the reset button on its economy, becoming China’s first province to implement an economic revitalisation package following the pandemic. Although policy details are not yet released, academics interviewed predict that Hubei will receive more financial subsidies than any other province or city, and industries like auto manufacturing and infrastructure will benefit from industry support policies. Hubei’s revitalisation scheme will also give an idea of how the country’s yet-to-be-released economic stimulus package will look like. While help is on the way for Hubei, due to the enormous economic impact of the coronavirus outbreak, making a fast and effective recovery is going to be a tall order. 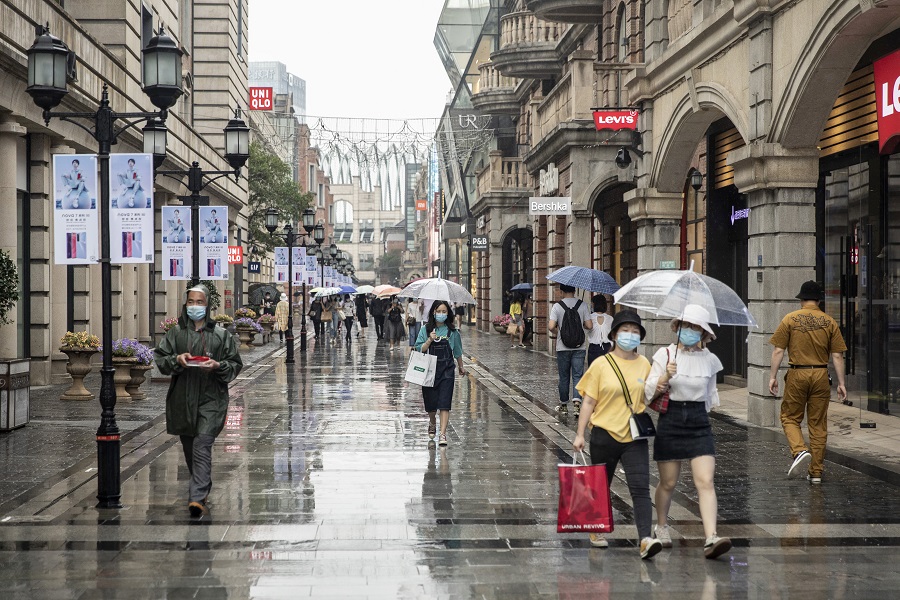 Grace Chong - 1 December 2022
US academic Zhu Zhiqun gives an assessment of the late former President Jiang Zemin’s policies during his time leading China throughout the 1990s and into the early 2000s.
Read more
Translated by Grace Chong on 8 May 2020

Hubei’s economy suffered an unprecedented hit in the first quarter of 2020 following its two-and-a-half-months long lockdown. Its first-quarter GDP plummeted 39.2% year-on-year, exceeding the country’s decline of 6.8% year-on-year. Its ranking among other provinces has also fallen from the seventh position at the end of last year to its current thirteenth position.

Based on this estimate, the pandemic has already resulted in a loss of over one trillion RMB for Hubei’s economy.

Luo Zhi, director of Wuhan University’s China New Private Economy Research Centre and his team once estimated that, under a neutral hypothesis, halting work for a month in Hubei was equivalent to a loss of 478.4 billion RMB in GDP (roughly S$95.7 billion). Based on this estimate, the pandemic has already resulted in a loss of over one trillion RMB for Hubei’s economy. If work resumes slowly, economic losses would continue to increase, and Hubei's annual GDP could decrease by 15.74% to 21.26% as a result.

Although higher-ups have yet to announce the actual details of support policies, the Standing Committee of the Central Political Bureau of the Communist Party of China (CPC) said on 29 April that there will be “a support package for economic and social development in Hubei” and asked various departments to implement them quickly.

The meeting decided that emphasis will be placed on the recovery of pillar industries such as auto manufacturing, electronic information, new materials and bio-medicine. It agreed to launch a number of essential projects, and to speed up the construction of infrastructures such as 5G and artificial intelligence. On 6 May, Chinese President Xi Jinping again urged the “implementation of a series of policies to promote the economic and social development of Hubei and help the province accelerate resuming normal life and work.”

Professor Chen Bo of Huazhong University of Science and Technology predicts that support packages targeted at the whole country would include cash handouts, with the Hubei people receiving the largest amount.

Prof Guo predicts that the current round of support packages will be led by fiscal and taxation policies that show quick results, including tax reliefs and deductions to help micro, small, and medium enterprises tide over this difficult time. There could also be increased investments in public health facilities, “new infrastructure” for thriving industries, and larger special bonds for local governments.

“Wuhan is a city with the largest number of university students in China, and Hubei is a major source of migrant workers. Greatly affected by the pandemic, university students are faced with a poor job market this year. Migrant workers may also face hindrances such as being the targets of discrimination. Helping these groups of people to land a job is necessary for stabilising the people’s livelihoods,” Prof Guo said.

Professor Chen Bo of Huazhong University of Science and Technology predicts that support packages targeted at the whole country will include cash handouts, with the Hubei people receiving the largest amount. He thinks it is likely that Hubei province will receive more funds from the central government. However, in order to avoid inter-regional market distortions, it is unlikely that Hubei industries will be given special forms of assistance.

Prof Chen (Bo) pointed out that the economic impact brought about by the pandemic far exceeds the (Sichuan) earthquake.

Prof Chen said, “Industry support policies should consider the country as one entity, and since Hubei is a major province for niche industries like auto manufacturing, it would no doubt benefit greatly. Many traditional and new infrastructure that have come under the spotlight also have their corresponding industries situated in Hubei. The Donghu New Technology Development Zone in Wuhan, for example, is the leader of the optoelectronics industry. Hence, Hubei would definitely benefit substantially from infrastructure projects.”

The 2008 Sichuan earthquake brought about 800 billion RMB (roughly S$160 billion) of direct economic losses to Sichuan province. However, with the help of support packages launched after the earthquake, not only did Sichuan’s economy quickly bounce back, its GDP growth rate also became consistently higher than the national average. Some analysts believe that Hubei, like Sichuan, will experience an accelerated economic growth through support policies.

However, Prof Chen pointed out that the economic impact brought about by the pandemic far exceeds the earthquake. The earthquake mainly destroyed infrastructure, which only had a short-term impact on Sichuan’s economy. However, the present pandemic not only halted work and production across Hubei for over two months, it even upended global supply chains, impacting every aspect of society.

He further analysed that Sichuan was one of the provinces earmarked for China’s Western Development Programme (西部大开发). The earthquake was but an incentive to launch a comprehensive package plan. Even if there was no earthquake, the central government would still support Sichuan’s economic development through other policies. The reverse is also true — Hubei’s position in the country’s development strategy would not suddenly change because of the pandemic.

He said, “Hence, the current policy package can at most rejuvenate Hubei’s economy. It would be difficult to achieve a long-term economic bounce back followed by an exceedingly great economic growth.”

Prof Guo said that the impact of the pandemic would prompt Hubei to accelerate its move from old industries to new ones, and uncover massive demands in healthcare facilities and infrastructure. It can take the opportunity to develop emerging industries like emergency medicine, and bring about a new driving force for long-term development.