China stories: Let’s not always focus on the negatives

Andrew Delios, vice dean of the Master of Science Programmes Office at the National University of Singapore, observes that media reports have often cast a suspicious eye on China’s actions, even those that deserve to be celebrated such as the development of the Sinovac vaccine. Imbalanced and agenda-driven reports will only lead to greater distrust and suspicion among countries, just when the world needs to work together on constructive solutions. 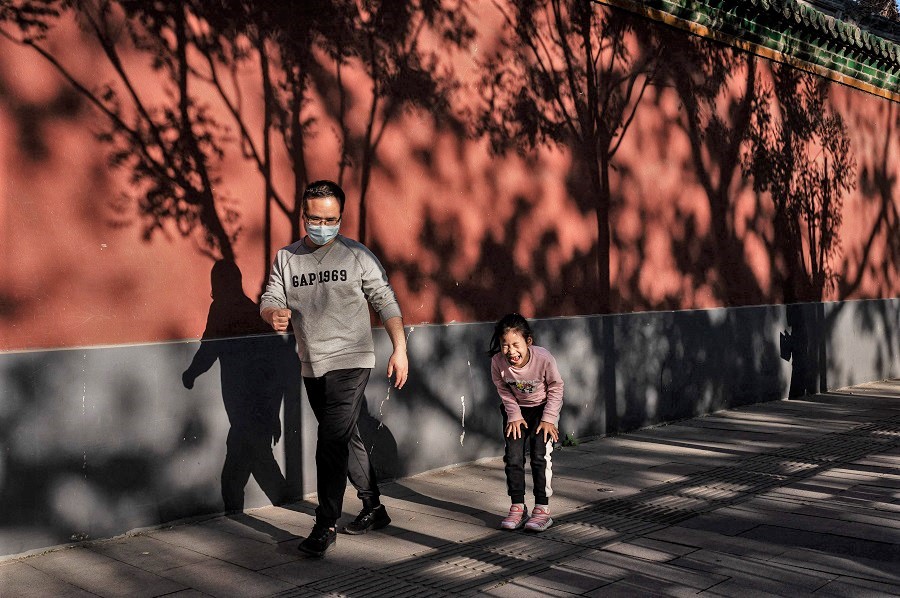 A girl reacts and laughs as she loses a game of rock-paper-scissors with her father (left) on a street outside the Forbidden City in Beijing, China on 1 May 2021. (Nicolas Asfouri/AFP)

Grace Chong - 30 January 2023
Amid ongoing tensions, a high-level visit by US Secretary of State Antony Blinken to China in the coming week shows hope for improved relations between the two economic powerhouses. Zaobao correspondent Yu Zeyuan notes that while the meeting may not produce practical results, it is a much needed exchange to manage and control China-US relations from worsening.
Read more
Translated by Grace Chong on 9 June 2021

We see two prominent trends in the media today. The first is the continuous reports on the pandemic, where seldom is the news good. The second is the litany of stories on China, where seemingly never is the news good.

Sometimes the two trends converge. For example, where we read media reports about the stresses and successes of the 2020 pandemic lockdown in China. Or more recently, when we heard about the race in developing various vaccines.

The most prominent among China’s entries to the vaccine field is Sinovac’s CoronaVac. Unlike the mRNA vaccines produced by Pfizer-BioNTech and Moderna, CoronaVac uses killed viral particles as its core technology to prompt a heightened immune response to Covid-19 exposure and infection.

To achieve a good number of workable vaccine solutions using multiple technologies in a short time period is not only a remarkable triumph of science, it also requires an unusually high level of information sharing and organisational coordination. Neither of the latter two is easy to achieve, let alone in a period of tension and stress.

Yet rather than celebrate each of these achievements, where each company’s and each country’s vaccine development represents a non-trivial step forward in the world’s attempt to combat an elusive pathogen, the media often portrays the side stories. The side stories detract from the positive progression, by which we have expanded our chances to combat the scourge of the 2020s.

...at the end of the day, the production of the vaccine represents a noteworthy landmark in China’s emergence as a modern nation.

The most obvious illustration is the media’s treatment of China’s Covid-19 vaccines. Headlines include those along the lines of “First Dose Yields Little Protection”, “China’s Sinovac is only 67% effective”, or “China is engaging in vaccine diplomacy”.

Although there might be roots of truth in some of these stories, these stories are sidelines to the bigger issue.

20 years ago, no one would have conceived of China producing a workable vaccine in a timeline equivalent to established western pharmaceutical companies. Moreover, the production is being done at a scale that can help other nations. Admittedly, the process of drug review merits questions, but at the end of the day, the production of the vaccine represents a noteworthy landmark in China’s emergence as a modern nation.

Again, however, when the media covers these stories, and most so since the last days of the Trump administration and the first days of the Covid-19 pandemic, the stories have increasingly focused on the negative to the exclusion of the positive. This trend is a dangerous one for a deceptively simple reason.

But if all stories are negative, the questions begin to naturally arise — why are we being targeted? Is it envy, resentment or a form of attack?

But when the media from various nations begin to release consecutive stories on the negative aspects of a nation, be they grounded in truth or speculation, eventually, people not only stop listening, but they also start to resent. They may well recognise the frailties and challenges in their home country. But if all stories are negative, the questions begin to naturally arise — why are we being targeted? Is it envy, resentment or a form of attack?

We require a world where people trust the media and do not see it as agenda driven. Achieving this is as easy as reporting on both the positives and the negatives.

At this time, when we need constructive dialogue and when we need continued worldwide coordination and growth, we also need balance. We require a world where people trust the media and do not see it as agenda-driven. Achieving this is as easy as reporting on both the positives and the negatives.

Celebrate achievements and embrace progress. Let’s look at the true miracle we see before us in the present day, where we are thankful for the expansion of science, where we have countries who have neither the productive capabilities nor technological base to develop their own vaccine, receiving vaccines from other countries. These are strong positives and it is a sad state when they are mistakenly recast as negatives by state actors or by the media.

Related: China's top infectious diseases expert Zhang Wenhong: Division stands in the way of defeating the pandemic | India's coronavirus crisis is the world's crisis. Politics needs to take a back seat. | Why the Chinese people are invisible in US media