China's crackdown on stats fraud in local governments. Why now?

The recent removal of high-ranking officials has cast the spotlight on the longstanding issue of local governments fabricating statistics. As officials compete for promotion, they manipulate economic data to show stellar political achievements, but this leads to bad policies, blind optimism and unrealistically high goals. Zaobao's associate editor Han Yong Hong looks into the matter. 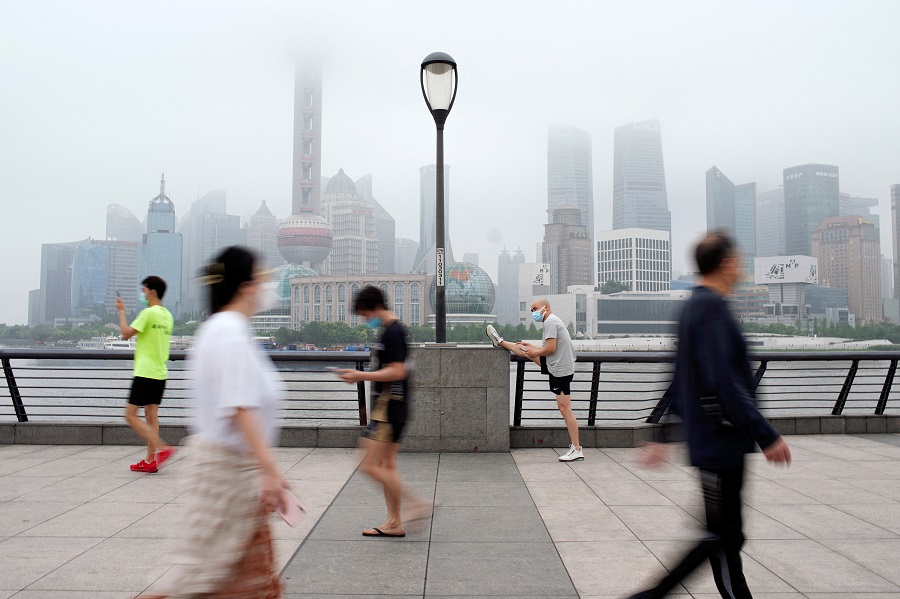 Grace Chong - 2 August 2022
Taiwanese commentator Chen Kuohsiang believes that China’s economy is under threat, with the unravelling of intertwining issues in the financial industry, property sector and government finances that cannot be easily resolved. How will China boost its investment-led economy, push down unemployment rates, and regain consumer and investor confidence?
Read more
Translated by Grace Chong on 3 June 2022

Midway through 2022, China’s “tiger hunt” is gathering pace, with the Central Commission for Discipline Inspection (CCDI) striking down another two corrupt “tigers” (high-ranking officials) on 1 June.

On 31 May, the CCDI announced that former Jiangsu deputy secretary Zhang Jinghua has been expelled from the Chinese Communist Party (CCP) and removed from public office.

Zhang is the third “tiger” from Jiangsu province to fall from grace since the CCP’s 19th Party Congress. He is also the first alternate member of the 19th Central Committee to be removed from office and the 11th high-ranking official to be subjected to both party and administrative disciplinary actions this year.

This little-known official was accused of committing several common crimes, including using his position to offer unfair advantages to others during business operations or project contracting, and accepting bribes and kickbacks in return — a typical list of crimes that were also committed by past senior officials who were similarly removed from their positions.

But what is notable is that Zhang was also accused of having “a distorted view of official performance” and faking economic figures for personal promotion.

The Chinese media reported that Zhang is the first provincial-level “tiger” to be explicitly accused of "falsifying economic data" in recent years.

A day before Zhang was expelled from the party and removed from public office, China’s National Bureau of Statistics (NBS) held a video mobilisation conference on 30 May addressing the issue of runaway statistical falsification and urging a fight “with real knives and guns” against statistical fabrication.

At the same time, the NBS also released the results of law enforcement inspections of a number of cities in the provinces of Hebei, Henan and Guizhou, and punished 126 officials at the directorate level and below for statistical fabrication.

Accused of faking economic data and committing a series of economic crimes at this juncture, deputy ministerial-level Zhang can be considered to be among the batch of senior cadres that committed the statistical violations mentioned by Kang.

The falsification of statistics is a longstanding and deep-seated ill of Chinese officialdom. A popular jingle widely circulated among the masses outlines the root of the problem: "Your political performance is lacking? Just fake the numbers to make up for it. The numbers make the official, and the officials make up the numbers (政绩不够，数字来凑，官出数字，数字出官)."

To achieve stellar political achievements and compete for promotions, officials would manipulate and pump up economic data. The most prominent example in recent years is a case involving then Liaoning party secretary Chen Qiufa.

In January 2017, Chen admitted at the province’s “Two Sessions” that fiscal data fabrication by cities and counties in Liaoning province was common and lasted a long time, “with many parties involved and various tricks applied”. Not only that, the fabricated amount and its percentage over the actual amount had increased year-on-year from 2011 to 2014.

Although Chen did not reveal names, his revelation was a criticism directed at former Liaoning party secretary Wang Min for leaving behind a huge mess that is difficult to resolve.

Nonetheless, faking economic figures is not unique to Liaoning. In 2019, Yin Zhongqing, deputy director of the financial and economic affairs committee at the National People's Congress, said frankly at the national Two Sessions that there was a “mismatch of figures”, whereby the total GDP of local governments in China added up is greater than the national figure. He noted that the penalties tend to be light for unlawful actions when it comes to statistical violations.

Around 2017, “fake figures” frequently appeared in official discourse, highlighting the authorities’ commitment to eradicating this stubborn ill. The CCDI noted that faking economic figures is essentially a political problem that seriously damages political discipline and rules. Some say this is due to the prioritisation of GDP growth at the time. But to this day, the issue is still not in the past tense as former NBS director Ning Jizhe claimed in 2018. In fact, it is just as prevalent now.

If information from the ground and in the media is limited and economic figures are inaccurate, that would be even more misleading for the authorities.

In December 2021, the Central Economic Work Conference pointed out the triple pressures of shrinking demand, supply shocks and weakening expectations. However, after the meeting, former Finance Minister Lou Jiwei said that the pressures were not reflected in the statistical indicators, which have all shown “very good” figures that do not demonstrate the negative shifts.

Bringing the economy back on track

When the national economy is growing, at most, fake figures would temporarily cover up problems. But when the economy faces complex and difficult challenges, faking the figures might lead to wrong decisions, paralysed and careless policy-making, blind optimism, unrealistically high objectives and misaligned assessments.

If information from the ground and in the media is limited and economic figures are inaccurate, that would be even more misleading for the authorities. The fact that the Chinese authorities are looking at “fake figures” again after years could be due to the current tough economic situation.

China’s target for economic growth for 2022 is around 5.5%, which is proving difficult to achieve given the outbreak in Shanghai. On 25 May, Chinese Premier Li Keqiang chaired a teleconference on China’s economy with 100,000 attendees, illustrating the dire economic situation with indicators such as employment, industrial production, electrical consumption and freight volume since April.

As for whether the authorities will continue targeting “fake figures” and cure this stubborn illness, or whether it is just a temporary phase, many people are not optimistic.

Li said that the NBS will announce the second quarter key economic indicators for each province in accordance with laws and regulations and in a realistic manner. And the State Council will inform on the relevant work required following that.

While prompting agencies all over the country to waste no time in bringing the economy back on track, the premier also warned against local governments going back to the old ways of faking figures when they cannot meet economic targets. In this challenging year, problems cannot be covered up, and would risk spreading from the economic level to the social level.

As for whether the authorities will continue targeting “fake figures” and cure this stubborn illness, or whether it is just a temporary phase, many people are not optimistic. It remains to be seen if this violation appears on the list of crimes if and when high-ranking officials are removed in future.