Among the recent appointments and removals of Chinese officials, Vice-Foreign Minister Le Yucheng’s move is of particular concern. As Le was seen as a potential leader in the foreign ministry, analysts believe that his appointment as deputy head of the National Radio and Television Administration is a career setback that might have to do with his misjudgement of the war in Ukraine. 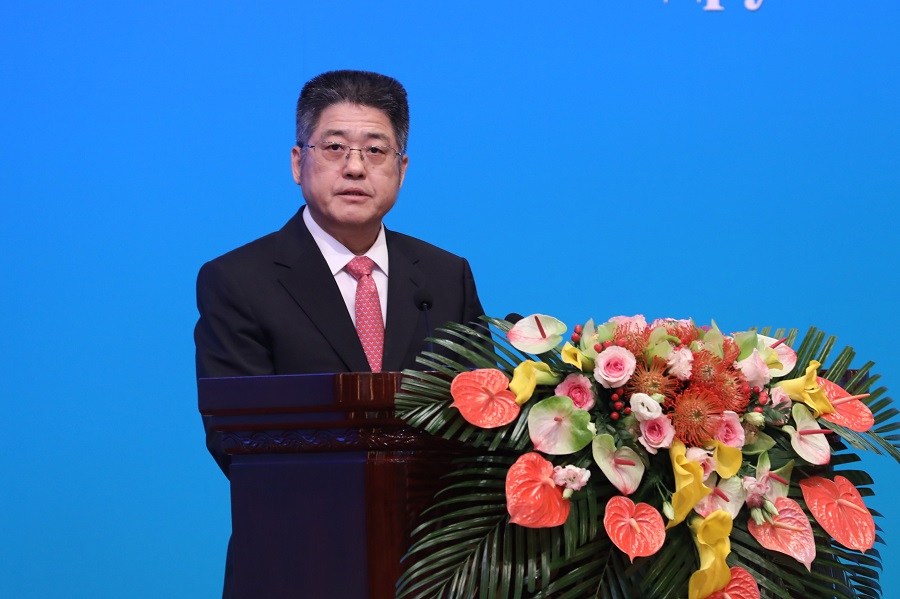 Grace Chong - 25 November 2022
China’s resurgence of Covid-19 infections has widened the gap between the young workers opposed to the tightening of controls, and the older generation that feel safer with strict measures in place. Given that the elderly make up a high proportion of the Chinese population, Chinese authorities seem to be holding fast to the dynamic-zero policy. Zaobao correspondent Wong Siew Fong tells us more.
Read more
Translated by Grace Chong on 15 June 2022

On 14 June, the State Council's announcement of a reshuffle included the news of Chinese Vice-Foreign Minister Le Yucheng becoming the deputy head of the National Radio and Television Administration (NRTA).

Analysts believe that the appointment is a setback to 59-year-old Le’s political career and he has lost the chance to progress to the ministerial level. This also means that he may retire when he turns 60 next year.

Le may no longer be eligible to enter the next Central Committee at the 20th Party Congress later this year.

The official NRTA website shows that Le ranks first among the four NRTA vice-ministers. However, officials announced last week that Xu Lin, former minister of the State Council Information Office and deputy director of the Publicity Department of the Central Committee of the Communist Party of China (CPC), would take over as the new head of the NRTA. Thus, it is unlikely that Le will be promoted to that position. As the official retirement age for vice-ministerial roles is 60, Le’s position as NRTA deputy head could be the last stop in his political career.

Previously within China’s foreign ministry, Le ranked first among the foreign vice-ministers and second only to Foreign Minister Wang Yi and China’s foreign ministry party secretary Qi Yu. Le is also an alternate member of the 19th Central Committee of the CPC. But following his transfer from the more important role of a first-ranked foreign vice-minister to a deputy head of the NRTA, Le may no longer be eligible to enter the next Central Committee at the 20th Party Congress later this year.

When Le stepped down as Chinese ambassador to India in 2016, he told the Indian media, “I have already been in India exactly 19 months. I'm privileged to have experienced a special period of great significance both in the history of India and of China-India relations, and witness unprecedented changes and breakthrough development in China-India relations from estrangement to engagement and from divergence to convergence.”

He also shared that he had witnessed close and frequent interactions between the two countries’ leaders and was “honoured to receive President Xi Jinping in his first state visit to India a few days after assuming ambassadorship and accompany PM Modi in his China visit.”

Le is known in diplomatic circles as the “writer ambassador” (笔杆子大使, ambassador with a pen). Besides writing in China’s state media and media platforms for diplomats, he wrote several articles in The Hindu and Deccan Herald during his term as ambassador to India.

In 2016, Le was appointed deputy head of the Office of the Central Foreign Affairs Leading Small Group (now Commission), and in 2018 became a vice-foreign minister.

With the 20th Party Congress and investiture approaching, Le was considered a potential candidate to become China’s next foreign minister, but this reshuffle means that Le no longer has a place in foreign relations.

Other potential successors as foreign minister include director of the Taiwan Affairs Office (TAO) Liu Jieyi, and former deputy director of the Office of the Central Foreign Affairs Commission Liu Jianchao.

As a senior diplomat in charge of Russian and East European affairs, it is possible that Le did not give an accurate assessment of the outbreak and progression of the war in Ukraine.

Other analyses have it that Le’s career setback might be due to his misjudgement of the war in Ukraine. When Russia launched a sudden “special military operation” in Ukraine on 24 February, China seemed to be at a loss and was ill-prepared in evacuating its citizens and handling criticisms from the West.

As a senior diplomat in charge of Russian and East European affairs, it is possible that Le did not give an accurate assessment of the outbreak and progression of the war in Ukraine.

On 4 February, Russian President Vladimir Putin was in Beijing for the opening ceremony of the Winter Olympics and met with Chinese President Xi Jinping. Speaking to the media following the meeting, Le stressed that China-Russia relations had “no limits” and no final destination, only “refuelling stations”.

After the war in Ukraine broke out, the West accused China of secretly supporting Russia in starting the war, based on the “no limits” China-Russia relations. On its part, China stressed that its position on the conflict in Ukraine is objective and fair, and hopes for a peaceful resolution.

Related: The importance of Russia in China's foreign relations | Why Japan and China have totally different ideas of their foreign ministers' meeting | How will the Ukraine war affect China’s foreign policy? | Did China miscalculate the Ukraine war? | Will China condemn Russia over reports of war crimes in Ukraine? | Must China choose sides in the Russia-Ukraine war?