With the Omicron variant of the coronavirus spreading through China in a fresh wave of infections, is China’s current zero-Covid approach still feasible, given that strict measures did not stamp out the less transmissible Delta variant? To safeguard the economy and global supply chains, will a move towards a post-zero-Covid be inevitable, whether China likes it or not? Zaobao correspondent Edwin Ong reports. 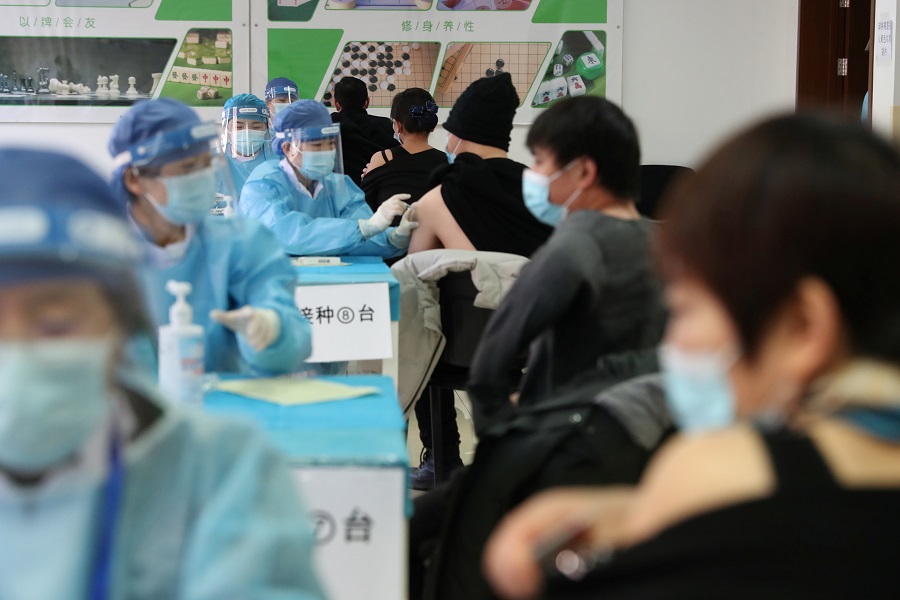 Candice Chan - 18 May 2022
The Chinese government has recently announced plans to establish a unified national market that is highly efficient, standardised, open and competitive. It would break down walls, raise the standards of the business environment within China and act as a buffer against external pressures. While the intention is good, NUS academic Lu Xi points to possible drawbacks and challenges.
Read more
Translated by Candice Chan on 13 January 2022

Coronavirus variants have continued to ravage mainland China in the new year. Following lockdowns in Xi’an and Yuzhou in Henan due to the Delta variant, Tianjin and Anyang in Henan also fell to the Omicron variant in the most severe wave of outbreaks in mainland China since the lockdown in Wuhan in early 2020. Anyang went into lockdown from 10 January 2022 after two locally transmitted Omicron cases were confirmed, in a show of strong measures aimed at achieving zero-Covid.

Before the rebound of cases, there was speculation that China might open up after the Beijing Winter Olympics in early February 2022. But after mainland China’s first wave of locally transmitted Omicron cases surfaced on 8 January 2022 in Tianjin, just a stone’s throw away from Beijing, these cautiously optimistic views have started to fade.

There are predictions that China’s two-year-old zero-Covid policy may be reaching the end of its shelf life...

Zero-Covid policy could be reaching end of its shelf life

Under the looming threat of Omicron, Huang Chun, deputy director-general of the Pandemic Prevention and Control Office of the Beijing 2022 Organising Committee, said on 11 January 2022 that the overall situation remains under control and there is no need for Beijing to go into lockdown.

Bloomberg described Omicron as bad news for China, because its increasingly strict control measures failed to eliminate the less transmissible Delta variant, and with Omicron’s spread, the aim of zero-Covid seems even more unachievable.

Many international scientists are of the opinion that a zero-tolerance policy is useless in the face of these highly transmissible variants. There are predictions that China’s two-year-old zero-Covid policy may be reaching the end of its shelf life, and may fail in the next few weeks with the rapid spread of Omicron, prompting China to move into a “post-zero-Covid era”.

Tianjin — with 80 reported local cases — is one of the world’s largest ports, and a production hub for foreign companies, so the spread of the virus would be expected to exacerbate the plight of the global supply chain. Toyota, which has a factory in a direct-controlled municipality of Tianjin, has suspended production since 10 January 2022, in response to government calls to get tested.

The local government is currently still holding firm to its zero-Covid approach. After Tianjin party secretary Li Hongzhong vowed that the city would “fulfill to the utmost” its role as a “moat” protecting Beijing, Tianjin authorities declared a rare citywide half day off on 12 January 2022, in order to start the second round of testing for the entire population. This is also another pandemic effort in testing every person in a megacity of over 14 million, after tens of millions of people in Xi’an and Zhengzhou were tested. It was also announced on 12 January 2022 that Tianjin's “Two Sessions” would be postponed.

The number of locally transmitted Covid-19 infections in Henan’s Anyang also climbed to 65 on 11 January, in a big jump from just two cases the day before. Henan Center for Disease Control and Prevention gathered that the source of Anyang’s Covid-19 outbreak was a college student who had returned to Tangyin county in Anyang from Tianjin on 28 December 2021. This implies that the Omicron variant has been lurking around Tianjin for at least 14 days, spilling over to numerous schools across Tianjin and Anyang.

It was reported that over 330,000 students have returned to their hometowns from Tianjin since 23 December 2021. While it is not yet known just how wide the outbreak is, it is clear that the virus has spread to Dalian yesterday, with two people returning from Tianjin testing positive for Covid-19. Mainland China also reported 166 local cases on 11 January, an increase from the 110 cases reported a day earlier.

Xinhua News Agency reported on 12 January that Chinese Vice-Premier Sun Chunlan, a member of the Political Bureau of the Communist Party of China Central Committee in charge of epidemic prevention, went to Henan from Shaanxi on 8 January to oversee the anti-epidemic work there.

Henan is currently facing a double attack from the Delta and Omicron variants. The outbreak has affected seven regions, in particular the provincial capital Zhengzhou, Yuzhou and Anyang.

Sun reiterated that the fast-spreading and highly infectious Omicron variant puts Anyang’s existing containment measures to the test, and that various measures must be implemented quickly to beat the virus. She also said that it was necessary to “further improve the efficiency of nucleic acid testing and investigations, adopt strict social control measures, block transmission routes as soon as possible, and strictly prevent the spread of the epidemic.”

This week, China has also tightened its border restrictions. Based on a Reuters report, the Civil Aviation Administration of China has ordered the cancellation of over 60 flights between China and the US after numerous passengers tested positive for Covid-19 after arriving in China.

Signs of a coming post-zero-Covid era

While a zero-Covid policy continues to be strictly implemented, there are also hints that a post-zero-Covid era is approaching.

China’s top respiratory expert Zhong Nanshan pointed out on 6 January that in theory, China has already reached a certain level of herd immunity since over 83% of the country's population has been vaccinated. This implies that one of the conditions for China to fully open up has been fulfilled.

...it is expected that the zero-Covid policy will be in for an unprecedented challenge when the week-long Spring Festival holiday arrives next month.

Zhong had previously said in October 2021 that China can completely open up when a relatively high rate of vaccination of between 80% and 85% is achieved.

But Zhong had also mentioned another criterion then — a very low mortality rate — which remains an unknown variable for now. It is an undeniable fact that the Sinovac and Sinopharm vaccines used by the Chinese have a lower efficacy rate than mRNA vaccines.

Related: Chaos in Xi’an: From zero-Covid to ‘zero cases in communities’ | Lessons from Xi’an: Why there is no one-size-fits-all solution to Covid-19 | China's zero-Covid regime: My home quarantine experience in Beijing | Is China taking policies to the extreme to achieve zero-Covid? | China has a zero-Covid policy. Can it pull off a spectacular Winter Olympics? | When Beijingers can't return home: Is China going overboard with its zero-Covid measures?