Amid international supply chain restrictions that have stalled China’s chip manufacturing industry, Chinese companies are heeding the country’s clarion call to quickly skill up and help China achieve self-reliance in the field. With all and sundry throwing their hats into the ring, it seems that the country’s currently counting more on enthusiasm, rather than expertise, to make it happen. Will this mean more haste, less speed? 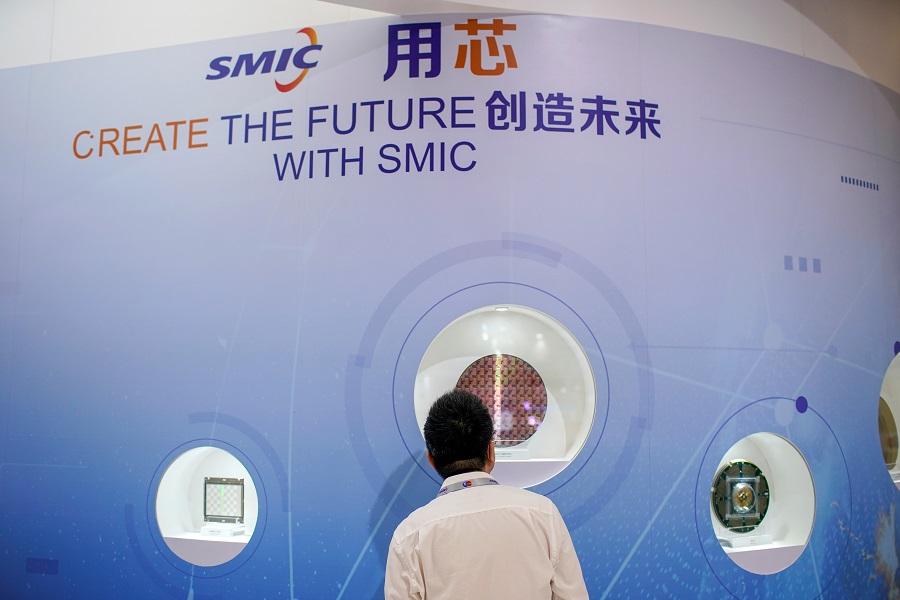 Grace Chong - 30 January 2023
Amid ongoing tensions, a high-level visit by US Secretary of State Antony Blinken to China in the coming week shows hope for improved relations between the two economic powerhouses. Zaobao correspondent Yu Zeyuan notes that while the meeting may not produce practical results, it is a much needed exchange to manage and control China-US relations from worsening.
Read more
Translated by Grace Chong on 26 October 2020

The seafood industry is dabbling in chip manufacturing now? Yes, that’s right. Welcome to China’s new round of “chip fever”.

...over 13,000 Chinese companies have registered as chip enterprises between January and September this year.

Amid intensifying China-US competition, China’s access routes to advanced technology from the West have been significantly reduced. This has increased the urgency of developing local technology, especially in the chip industry which has faced a break in its supply chain. As a result, the craze for independently developing and manufacturing chips in China is heating up.

Exactly how intense is this chip fever? According to statistics from analytics and information portal qcc.com, over 13,000 Chinese companies have registered as chip enterprises between January and September this year. The average number of newly registered chip companies per month is also twice that of the same period last year.

Enterprises chipper about chipping in

Quite a number of enterprises from various sectors have joined the army of chip manufacturing companies. According to the UK’s Financial Times, an online gaming company in Dalian is planning to invest 230 million RMB (S$47 million) to buy a 51% stake in a Shanghai chip manufacturing company. Interestingly, this online game company previously made and sold seafood, which is completely unrelated to the chip industry.

Apart from former seafood companies, others such as auto parts manufacturers, cement companies, fashion enterprises and so on have joined in the great collective effort to give chip manufacturing a boost.

Local governments have also spared no effort in moving their industries towards chip manufacturing. These include local governments of big cities like Beijing, Shanghai, Guangzhou, and Shenzhen, and provinces like Jiangsu, Shaanxi, Hubei, and Sichuan alike which have given strong financial support to the chip industry and launched various policies in an attempt to attract investments and win national resources. To solve the problem of insufficient talents in the chip industry, China’s first “chip university” has also recently been established in Nanjing, the capital of Jiangsu province. The latter is considered the country’s economic powerhouse in the eastern region.

Not only did Wuhan Hongxin fail to make any contribution to China’s chipmaking industry, it even mortgaged an advanced and expensive lithography machine to the bank.

However, this “Great Leap Forward” in chipmaking is also receiving some negative press as many of the enterprises that plunged into chipmaking lack the three crucial elements of experience, skill, and talent. A number of highly anticipated “star” projects have also ended up unfinished and half-done.

Chinese media reported in August this year that the Wuhan Hongxin Semiconductor Manufacturing Co. Ltd is on the brink of collapse after operating for three years since its establishment in 2017 due to cashflow issues. It has also been removed from the list of major projects in Hubei province.

Up to 128 billion RMB had been invested in the Wuhan Hongxin project, and it was once labelled one of the city’s “star” projects. In the beginning, it even boasted Chiang Shang-yi, former co-chief operating officer at Taiwan Semiconductor Manufacturing Company and independent board member at Semiconductor Manufacturing International Corporation, as its CEO. Now, the construction site of this project stands empty and deserted. Not only did Wuhan Hongxin fail to make any contribution to China’s chipmaking industry, it even mortgaged an advanced and expensive lithography machine to the bank.

China’s self-sufficiency in chips last year was only 30%, with over US$300 billion (S$408 billion) worth of chips imported annually, mostly from the US, or manufactured with US technology.

Wuhan Hongxin is not the only chip company that has been forced to halt their projects. According to Outlook Weekly and other media, within the span of a year, at least six ten-billion RMB projects in Jiangsu, Sichuan, Hubei, Guizhou, and Shaanxi have been left to languish. Some of them even involved fraudulent practices in obtaining government subsidies and state-owned land.

Mindsets have to change

For a long time, research in China has been about getting “short-term, frequent, and fast” results. The focus was on functionality and application, with limited investments in long-term foundational research that had slow returns. The talent pool the latter attracted was also relatively small. China’s self-sufficiency in chips last year was only 30%, with over US$300 billion (S$408 billion) worth of chips imported annually, mostly from the US, or manufactured with US technology.

Given the long rivalry between China and the US, the top Chinese Communist Party (CCP) leaders and media have repeatedly stressed that China cannot expect handouts when it comes to core technologies such as chips; it has to be self-reliant and be in control of its own core technologies. Following US sanctions on Huawei, some people have compared chip R&D to China’s previous Two Bombs, One Satellite project to develop an atomic bomb, an intercontinental ballistic missile, and an artificial satellite.

The fifth plenary session of the 19th Central Committee of the CCP is held over these few days, and planning for the “bottle-necked” hi-tech sector will probably be the top priority in discussing the 14th Five-year Plan. It can be expected that in the next five years and even beyond, China will significantly increase investments in chips, with strong policy support in areas such as research, education, and funding.

There is no doubt that China is determined to crack the difficulties of the chip sector. Its national machinery, large talent pool, and plentiful funds are also strong conditions for China to quickly catch up with advanced countries in the chip industry. But the flip side of such rallying cries for development is usually a wave of trend-chasing companies that want to get various funding and government benefits, supported by local authorities that also race to quickly do something big for political results. These actions would ultimately upset the normal development of the sector.

And with the unprecedented pressure of easing an industry bottleneck, can China’s chip sector take such a blow?

The recent frequent reports of incomplete chip industry projects is an alert on the trend of chip manufacturing, given the high hopes for the sector. At a regular briefing last week, a spokesperson for the National Development and Reform Commission gave a warning about these early signs, stressing that those responsible for the serious losses or major risks will be held accountable.

Some people feel that when China goes all out to develop the chip sector, there will inevitably be failures, but as long as just one or two projects succeed, that is good enough. What is worrying is that pure enthusiasm in catching up with the UK and US without understanding the pace of development of the sector would result in flops. It may even lead to scams for funding and subsidies in the name of chip manufacturing, which might end up slowing down China’s industry progress. And with the unprecedented pressure of easing an industry bottleneck, can China’s chip sector take such a blow?

Related: Cut-throat competition for world-class chips: The end of Huawei? | The ‘adultery’ between Silicon Valley and China | China looks forward to a new world of 5G connectivity | Who is winning the 5G technology race?