With its “China DNA” and despite its popularity, TikTok may end up being blocked in the US and eventually elsewhere in the world. Will its discussions with Microsoft work out? Or will it have to pull out of the US? And beyond TikTok, what does this episode mean for Chinese companies in the process of internationalising their businesses? 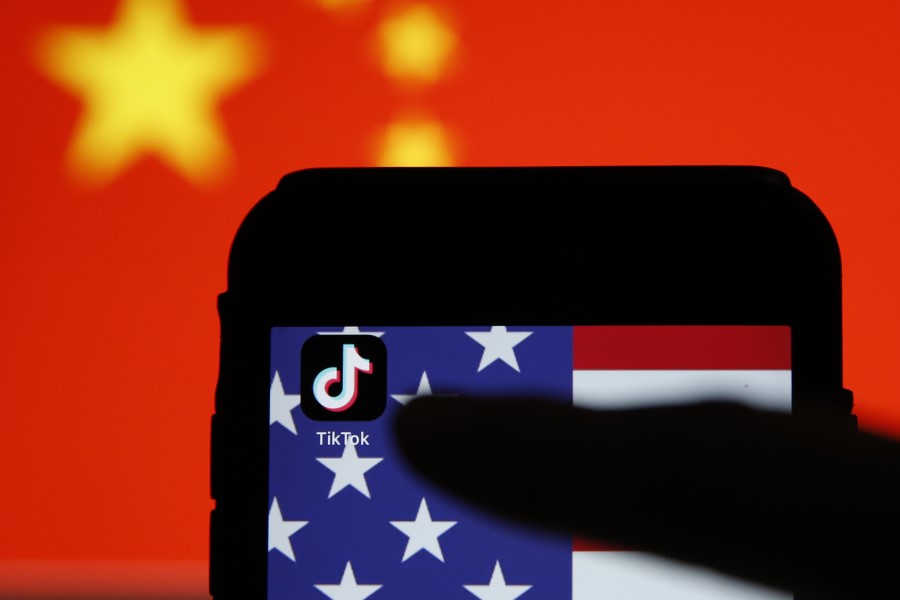 The TikTok app icon sits displayed on a smartphone in front of the national flags of China and the US in this arranged photograph in London, 3 August 2020. (Hollie Adams/Bloomberg)

Candice Chan - 30 September 2022
Chinese President Xi Jinping was not seen in public for over a week after attending the Shanghai Cooperation Organisation summit in Uzbekistan, sparking rumours of a “coup” ahead of the 20th Party Congress. Zaobao associate editor Han Yong Hong looks into the phenomenon, noting that in fact the 20th Party Congress has seen relatively few rumours surrounding it.
Read more
Translated by Candice Chan on 5 August 2020

Since last month, key US politicians have been issuing “death threats” to TikTok — the most globalised brand of China's tech companies. TikTok is now facing the same strong headwinds from across the seas, as Huawei did. Academics we spoke to pointed out that TikTok faces geopolitical and geoeconomic pressures, which in the future will not only come from the US.

As the international version of China’s Douyin app under the ByteDance company, TikTok carries “China DNA”, and is alleged to pose a threat to US national security by gathering users’ private data. It is also accused of moderating content and using algorithms to influence ideology, interfering with US domestic politics.

Unlike many China companies, ByteDance recognised the complexity of foreign markets even in its early stages of overseas expansion.

TikTok has repeatedly denied these accusations, and has intentionally kept a distance from Beijing. For example, days after the national security law for Hong Kong was passed in early July, TikTok announced that it was pulling out of Hong Kong.

Unlike many China companies, ByteDance recognised the complexity of foreign markets even in its early stages of overseas expansion, and distinguished TikTok from Douyin by allowing it to grow independently as much as possible. Its approach is clearly different from Huawei and other China-funded companies.

At the end of last year, ByteDance started planning for a global headquarters overseas. According to a report in The Sun on 3 August, the UK government has approved ByteDance’s investment, and ByteDance is set to announce setting up a London office in the near future.

In terms of product development and personnel deployment, TikTok has tried to be as global as possible and has hired a high proportion of locals in the countries where they have a presence. ByteDance has also actively brought in trusted foreign experts so as to be accepted by Western countries.

“hiring reputable people to take on key global positions is far from sufficient to dissuade those with political motives from playing the China card” - Wang Yanbo, NUS Business School

In June this year, ByteDance hired former Disney senior executive Kevin Mayer as TikTok’s chief executive officer and ByteDance’s chief operating officer, while Erich Andersen who joined ByteDance in January as general counsel was previously Microsoft’s chief intellectual property counsel. Roland Cloutier, who previously worked in the US Air Force, Department of Defense, and Department of Veterans Affairs, was appointed as chief information security officer. In particular, Mayer has been described to be “as American as it gets”. There are at least ten Caucasians among ByteDance’s senior executives.

However, shaking off the “China DNA” is not easy. Assistant professor Wang Yanbo of NUS Business School noted that ByteDance is clearly thinking hard about liability, but “hiring reputable people to take on key global positions is far from sufficient to dissuade those with political motives from playing the China card”.

“Increasingly strict reviews of China companies, especially those in possession of sensitive data or information, reflects general distrust of anything to do with ‘Communist China’.” - Prof Wang

He judges that geopolitics will be the top challenge for China companies in globalisation. “When times are good, we don’t really notice politics, and the differences between the systems and values in various countries. But when geopolitical tension gets out of control, that trumps everything else.”

Prof Wang thinks that TikTok’s problems will not be limited to the US. “Increasingly strict reviews of China companies, especially those in possession of sensitive data or information, reflects general distrust of anything to do with ‘Communist China’,” he said.

TikTok moved the cheese of US companies

Besides political resistance, TikTok is also facing significant resistance from its business rivals — US social media giants will not sit back and watch as an outsider takes a share of their cheese.

TikTok was released in overseas markets in 2017. Through AI and algorithms, in just three years, it has rapidly claimed a piece of the social media market that used to belong to US companies. TikTok has been downloaded over 2 billion times worldwide, with 315 million downloads in the first three months of this year, setting a record for downloads in a single quarter.

Late last month, at an anti-monopoly hearing in US Congress, Facebook founder Mark Zuckerberg stressed that Facebook believes in American values such as “democracy, competition, inclusion and free expression”, and hit out that “China is building its own version of the internet focused on very different ideas”.

Mayer subsequently hit back that Facebook’s attacks are “disguised as patriotism and designed to put an end to our [TikTok’s] very presence in the US''. In a blog post, Mayer said sarcastically, “Facebook is even launching another copycat product, Reels (tied to Instagram), after their other copycat Lasso failed quickly.”

In 2018, Facebook launched Lasso, a standalone app for short clips, similar to TikTok. The app ultimately did not take off. Facebook is planning to launch a new short video service called Reels, hoping to win over influential internet celebrities from TikTok.

“When China doesn’t allow the US to compete behind its firewall, why should the US allow China companies to compete in its market?" - Salvatore Babones, University of Sydney

In a statement released late on 2 August, ByteDance took aim at Facebook: “ByteDance has always been committed to becoming a global company. During this process, we have faced all kinds of complex and unimaginable difficulties, including the tense international political environment, collision and conflict of different cultures and plagiarism and smears from competitor Facebook.”

Associate professor Salvatore Babones of the faculty of arts and social sciences at the University of Sydney said frankly that the real challenge for China’s tech companies is geoeconomics, and not just in the US.

He said, “When China doesn’t allow the US to compete behind its firewall, why should the US allow China companies to compete in its market? As internet companies mature in other countries, those countries will also raise similar questions.”

ByteDance founder Zhang Yiming is not for selling TikTok

After Trump’s announcement about blocking TikTok, two days ago there was a twist in the tale. Reuters quoted an informed source saying that Trump has agreed to give TikTok 45 days to complete discussions with Microsoft, meaning that TikTok has not yet been “sentenced to death”, at least for now.

Whether TikTok will make it is still unknown. However, it seems that ByteDance founder Zhang Yiming does not think selling to Microsoft is the best solution. In an internal communication on 3 August, Zhang said he is not for selling operations in North America, and will not give up on exploring other possibilities.

This might be a negotiation strategy by ByteDance and Microsoft, but Babones said, “It is difficult to imagine any other way out for TikTok, given its China stakeholders, especially since the app has been blocked in India.”

Related: US wants it banned while the Chinese calls it a traitor. Is this the end of TikTok? | Will TikTok become the next Huawei? | TikTok: Another victim of the China-US tech war | The myths and realities of 5G