Do the Taiwanese people want reunification?

A prosperous, strong and friendly China is not only good for the Chinese people but also for the current turbulent world order, and this warrants a reevaluation from the mainland Chinese side. Political commentator Bai Gao believes that while the mainland’s policies towards Taiwan have been aggressive, a softer policy stance would be more beneficial as Taiwan’s future is still crucially dependent on the will of the Taiwanese people. 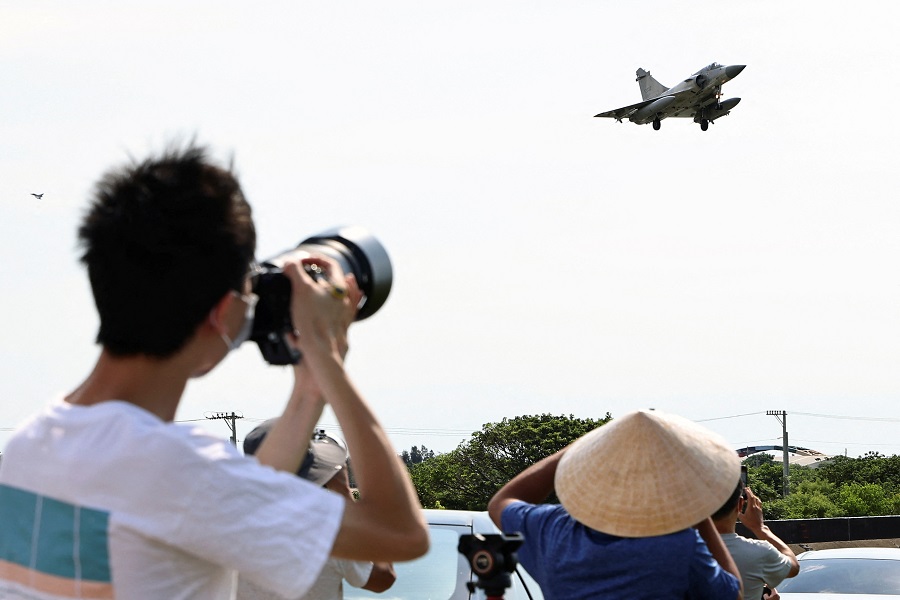 Grace Chong - 30 January 2023
In the last of a six-part series on hiking in Hong Kong, cultural historian Cheng Pei-kai shares the wonders of Hong Kong’s hiking trails. As he rediscovers the hidden splendour of Ma On Shan on a difficult hike, he marvels at the ingenuity of the gods, keeping the pristine away from the evil world. Only the most determined will glimpse unparalleled beauty.
Read more
Translated by Grace Chong on 7 September 2022

Mainland China and Taiwan once had a honeymoon period. Taiwan Street, a commercial street I know well in the west of Beijing, opened in 2010 and its name was written by former Kuomintang (KMT) chairman Lien Chan and later inscribed onsite.

Since the mainland and Taiwan opened their doors to independent tourists in 2011, my friends began travelling to Taiwan, while Taiwanese backpackers became a common sight in the mainland. The historic handshake between Chinese President Xi Jinping and former Taiwan President Ma Ying-jeou at the 2015 summit in Singapore was also widely praised.

Mainland primary and secondary school textbooks often speak about the reunification of the motherland. A chapter describes the Sun Moon Lake attraction in Taiwan, while another, “Watching Snow” (《看雪》), talks about Taiwanese children wishing to see snow in Beijing. These stories are deeply ingrained in me. Even today, children in the mainland know the words to a 1960s children’s rhyme about the "Three Red Banners" and defending Taiwan.

Unfortunately, thoughts of reunification are just the wishful thinking of mainland Chinese youths. While people on both sides of the Taiwan Strait are of the same ethnicity, the divide has become too difficult to bridge.

The elderly in Taiwan protested while the youths welcomed her with open arms.

In his 2008 book, international relations expert Yan Xuetong note that changes to Taiwan's national identity began as early as 2006, when 67% of Taiwanese no longer considered themselves zhongguoren (中国人, China Chinese). Sixteen years on, this figure might even be higher after countless changes in the Taiwan Strait.

Essentially, while younger mainland Chinese (the post-90s and post-00s generations) firmly believe that Taiwan is a part of China, the Taiwanese youths are indifferent. This is evident from images of US House Speaker Nancy Pelosi’s visit to Taiwan. The elderly in Taiwan protested while the youths welcomed her with open arms. But the truth is that society moves forward with the times from generation to generation — the world ultimately belongs to the young.

Aside from Pelosi, other parliamentarians from various countries have also visited Taiwan, or are planning to do so. Delegations from Slovakia, Lithuania, the Czech Republic, France and the European Parliament visited Taiwan in June-July prior to Pelosi’s visit, while a delegation from the UK’s lower house will visit Taiwan at the end of the year.

These parliamentarians of Western democracies are elected by and accountable to the people. Hence, this stream of visits to Taiwan demonstrates the Western public’s recognition of Taiwan’s regime.

Mainland China and Taiwan have been separately governed for several generations and for over 70 years — Taiwan has been a de facto state during that time. What’s done cannot be undone.

Naturally, countries with national pride will not be intimidated. Military exercises conducted around Taiwan by the mainland’s People’s Liberation Army following Pelosi’s visit have done little to convince the world of China’s power and leadership position. Increasingly harsh speech and behaviour against Taiwan from the mainland side will only prompt more countries to visit Taiwan.

Challenges to the mainland’s battle for reunification

Mainland China and Taiwan have been separately governed for several generations and for over 70 years — Taiwan has been a de facto state during that time. What’s done cannot be undone.

However, mainland China’s foreign policy has taken an aggressive turn in recent years, adopting a hardline “wolf warrior diplomacy” that has been especially repressive against Taiwan. The mainland has been blocking Taiwan’s participation in the World Health Assembly since 2017, a problem that remains today. Even the smallest country in the world (whether in terms of population or surface area) has a place in international affairs, let alone Taiwan, which has a population of 23 million.

The mainland is facing a tough, long road to reunification. The first three Taiwan Strait Crises have been written into history books, and the fourth is underway.

Three hundred years ago, China was a dominant power in East Asia under the tributary system in the days of the Qing dynasty’s Kangxi Emperor. When Kangxi recovered Taiwan from the Zheng regime in 1683, the Qing dynasty was not denounced or sanctioned by any other countries. But the price of Russia’s current invasion of Ukraine is an eye-opener for the Chinese. Whether it is the split between the mainland and Taiwan, or between North and South Korea, all parties are now subjected to the rules and regulations of the new world order. The mainland’s hope to recover Taiwan by force has also become more of a wishful thinking.

The mainland’s strategic focus and determination would seem weak if visits to Taiwan by foreign dignitaries affect its established Taiwan policy.

In ancient Chinese philosophy, there is a long-running debate about the relationship between concept and reality (名实之辩). Since Taiwan is already a de facto state in reality, as long as Taiwan and the international society uphold “one China” in name and do not overreact when international delegations visit Taiwan, mainland China can uphold its reputation while the Taiwanese people’s rights will be protected. Isn’t this the best solution?

As an ancient saying goes, “Regardless of how powerful others may be, they cannot harm us if we can treat them as wind blowing across a mountain (他强任他强，清风拂山岗，他横由他横，明月照大江)." Staying calm amid chaos is the best course of action for China given the current crisis in the Taiwan Strait. The mainland’s strategic focus and determination would seem weak if visits to Taiwan by foreign dignitaries affect its established Taiwan policy. In fact, China may even appear to be subservient to the action of others, which goes against the Chinese Communist Party (CCP)’s “four confidences” — in particular, self-confidence in the path that it has chosen.

A prosperous, strong and friendly China is not only good for the Chinese people but also the current turbulent world order. While the mainland maintains its strategic focus and determination, it should also adapt and adjust its Taiwan strategy as it moves with the times.

As a popular Chinese adage goes, “It takes a good blacksmith to make good steel.” If the mainland properly develops its own politics and economy, actively integrates itself into international society, abandons the hardline wolf warrior diplomacy and wins the hearts and minds of the Taiwanese people with softer policies, the Taiwan issue will one day be resolved, and the “great rejuvenation of the Chinese nation” as proposed by the CCP with the goal of cross-strait reunification can also be achieved. Indeed, it is difficult for might to triumph over reason — the mainland has to humble itself to win over the Taiwanese people and find a solution that both sides of the Taiwan Strait can agree on.

Taiwan began its democratisation process after the mobilisation for the suppression of Communist rebellion (动员戡乱) ended in 1991. Today’s Taiwan is different from the period of White Terror under the KMT’s rule. The focus of cross-strait tensions has shifted from “who can represent China” to “Taiwan and the mainland do not belong to ‘one China’”.

Essentially, Taiwan’s future is still dependent on the will of the Taiwanese people.

However, the CCP has continued with the seemingly inappropriate ways of promoting the CCP-KMT dichotomy, clinging to “one country, two systems”, and using the “Taiwan independence” rhetoric as a generalised criticism of the happenings in Taiwan.

Essentially, Taiwan’s future is still dependent on the will of the Taiwanese people. After all, you can lead a horse to water but you can’t make it drink.

Related: Why Chinese Singaporeans will be torn if war breaks out over the Taiwan Strait | Cross-strait reunification is not a precondition for China’s national rejuvenation | Who will have the last laugh after Pelosi’s Taiwan visit? | Is there still hope for peaceful reunification in the Taiwan Strait? | Taiwan history textbooks makeover: Eliminating country, people, history and culture?