Following US House Speaker Nancy Pelosi’s visit to Taiwan, the PLA launched a series of military exercises surrounding Taiwan, in a show of “locking in” the island. When the exercises ended, Beijing released a white paper stating that “peaceful reunification” is the “first choice” for the Chinese Communist Party and the Chinese government. But what are the other “choices”? Zaobao associate editor Han Yong Hong tells us more. 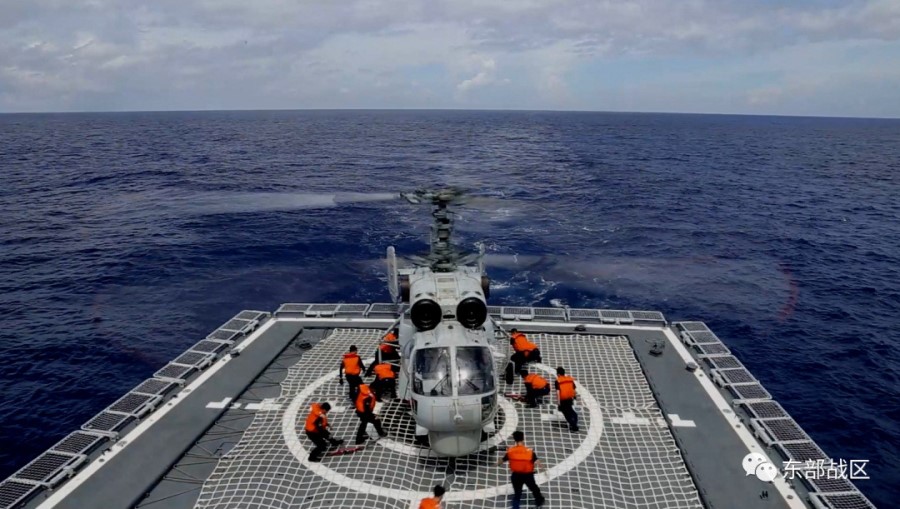 Candice Chan - 19 January 2023
The latest announcement of China’s first population drop in six decades has gained much attention, with concerns over the long-term implications for the economy and the community. How will this affect China’s GDP and its aim to overtake the US as the world’s biggest economy? Can China reverse the population trend?
Read more
Translated by Candice Chan on 12 August 2022

On the day that the Eastern Theater Command of the Chinese People's Liberation Army (PLA) announced the end of military exercises around Taiwan, Beijing released its third white paper on the Taiwan issue.

The document relayed the key message that national reunification by peaceful means is the first choice of the Chinese Communist Party (CCP) and the Chinese government in resolving the Taiwan issue. But even with this commitment, one should not be complacent in believing that the matter has blown over, and imagine that nothing has happened.

In fact, the visit to Taiwan by US House Speaker Nancy Pelosi and the PLA’s subsequent military exercises to “lock in” Taiwan have permanently changed the psyche and security situation on both sides of the Taiwan Strait. Beijing has shown unprecedented clarity and unambiguity in its resolve and preparation for “armed reunification” through its military action and the white paper.

One can imagine that if mainland China engages in armed reunification, its troops would be right at Taiwan’s doorstep, pressuring it to accept “peaceful reunification”.

The ‘Xi era’ in reunification

The white paper, “The Taiwan Question and China's Reunification in the New Era”, released on 10 August weighs in at over 13,000 words, and is longer and meatier than the 1993 and 2000 white papers on Taiwan.

The title specifies the “new era”, making it clear that it is CCP General Secretary Xi Jinping’s policy towards Taiwan — that is, the “Xi era” China reunification effort.

Evidently, the publication of the white paper was timed with the end of mainland China’s military exercises around Taiwan. A Taiwan media person believes that with Beijing’s ode to peaceful reunification coinciding with the end of its “lock-in” exercises, Beijing is showing that it continues to adhere to its stance for peaceful reunification and “one country, two systems”. However, the implicit warning in the order of events — with the military exercises preceding the reunification ode — cannot be ignored.

The white paper does not pull any punches in directly referring to “some forces in the US” as the external interference and Taiwan’s ruling Democratic Progressive Party (DPP) as the Taiwan independence separatist forces.

Calling out the DPP

Looking closely at the wording, the white paper states that a reunification by peaceful means is the CCP and the Chinese government’s “first choice” in resolving the Taiwan issue, which implies that it is not the only choice.

The white paper also spells out that the CCP and the Chinese government will work with the greatest sincerity and exert the utmost efforts to achieve peaceful reunification, but the use of force would be a “last resort” for Beijing under “compelling circumstances” in the case of external interference and separatist activities for Taiwan independence.

The white paper does not pull any punches in directly referring to “some forces in the US” as the external interference and Taiwan’s ruling Democratic Progressive Party (DPP) as the Taiwan independence separatist forces.

The white paper harshly criticised the DPP authorities for adopting a separatist stance, colluding with “external forces in successive provocative actions designed to divide the country”, denying the 1992 Consensus, and asserting that “Taiwan and the mainland should not be subordinate to each other”. It stopped short of explicitly calling out DPP Chair and Taiwan President Tsai Ing-wen.

The white paper also claimed that the DPP’s actions have endangered peace and stability in the Taiwan Strait, “undermining the prospects and restricting the space for peaceful reunification”. It also stated that, in advancing the process of peaceful reunification, these are “obstacles that must be removed”, hinting at Beijing’s political goals for Taiwan.

They have grown weary of cross-strait news, or more likely, they believe that the “one country, two systems” plan is meaningless and not worth considering.

In terms of the political structure after reunification, compared with the previous two white papers published in 1993 (“The Taiwan Question and Reunification of China”) and 2000 (“The One-China Principle and the Taiwan Issue”), Beijing has clearly tightened its conditions for implementing “one country, two systems” in Taiwan, as it no longer treats Taiwan with the same amount of goodwill.

Notably, in the previous white papers, Beijing promised not to dispatch troops or administrative personnel to the island, and in the 1993 white paper, Taiwan was even allowed to “keep its military forces”. This time, there was no promise as such nor any mention that Taiwan may keep its military forces. Instead, the new white paper stated that foreign countries may only set up consulates or other official and quasi-official institutions in Taiwan with the “approval of the central government of China”.

The Taiwanese people have paid little attention to comparing the mainland’s three white papers on Taiwan. They have grown weary of cross-strait news, or more likely, they believe that the “one country, two systems” plan is meaningless and not worth considering.

While the hopes of the Taiwanese people will not change Beijing’s determination to reunite with the island, it certainly affects whether the mainland will do so by force or by peaceful means.

Ironically, while Taiwan’s mainstream politics deny the 1992 Consensus, Taiwan has not built up its military or energy security to be prepared to deal with reunification by force. A pan-Blue coalition commentator thus mocked that the Taiwan government is ready to “lie flat” (躺平), another form of “preparation”.

With everyone preparing for a military conflict, the hope for peaceful reunification is fading away.

In reality, the Taiwan government has limited options — acknowledging the 1992 Consensus could cost them votes. Furthermore, Pelosi’s Taiwan visit was initiated by the US side; the Biden administration was unable to keep its House Speaker and fellow Democrat from visiting Taiwan, and this ultimately drew the ire of Beijing, which took harsh countermeasures, not only deterring Taiwan but also the US and Japan.

This time, the US has indeed received the short end of the stick and tried to avoid a direct conflict with the PLA. But this does not imply that the US is willing to give up its position as a global hegemon. Cross-strait issues will increasingly present themselves as a direct confrontation between China and the US. With everyone preparing for a military conflict, the hope for peaceful reunification is fading away.