Elon Musk: The American boss with a 'Chinese heart'

Tesla CEO Elon Musk has sent a warning to his staff: come back to the office or leave Tesla. Even as more companies are accepting remote and flexible working arrangements, is Musk merely putting into words what many bosses have not said? Zaobao’s China Desk looks at whether the days of working from the office are really numbered. 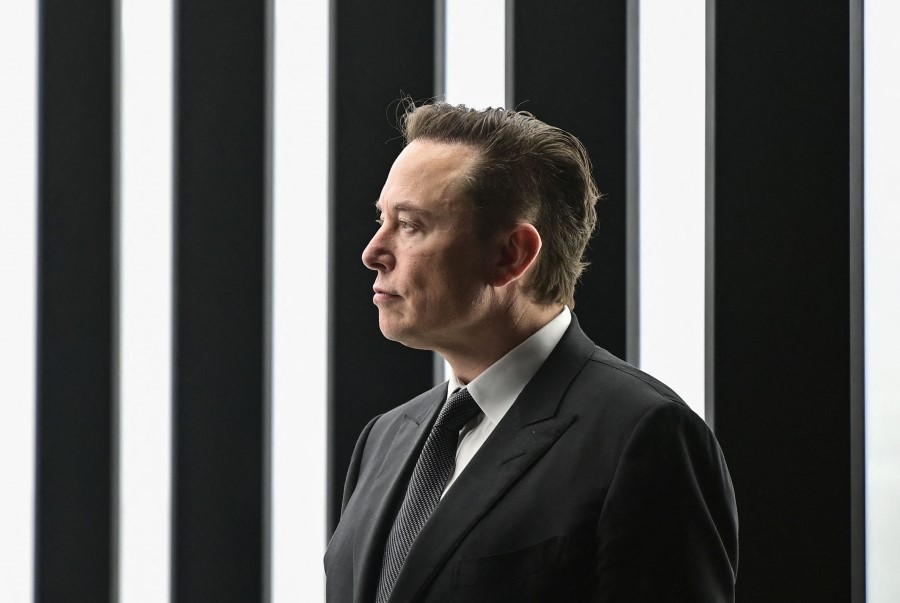 In this file photo taken on 22 March 2022, Tesla CEO Elon Musk is pictured as he attends the start of the production at Tesla's "Gigafactory" in Gruenheide, southeast of Berlin. (Patrick Pleul/AFP)

Candice Chan - 30 January 2023
A mall in Shenzhen came under fire for putting up white lanterns with black text as part of its Chinese New Year decorations, while an “ugly” rabbit-shaped light decoration was removed from another mall in Chongqing. Academic Zhang Tiankan muses on tradition and innovation, and the evolution of traditional decorations.
Read more
Translated by Candice Chan on 14 June 2022

On 31 May, Elon Musk, CEO of electric vehicle and solar panel manufacturer Tesla, reportedly sent two emails to his staff. The first one sent in the afternoon had a subject line that clearly showed his stand: “Remote work is no longer acceptble [sic]”.

He wrote, “Anyone who wishes to do remote work must be in the office for a minimum (and I mean *minimum*) of 40 hours per week or depart Tesla.”

Musk continued that this was less than what was asked of Tesla’s factory workers, and that he would directly “review and approve” any exceptions. He also stressed that “the ‘office’ must be a main Tesla office, not a remote branch office unrelated to the job duties, for example, being responsible for Fremont factory human relations, but having your office be in another state".

What the boss wants

The second email sent in the evening had the subject line “To be super clear”.

He clarified that all Tesla employees must work at least 40 hours per week in an office “where your actual colleagues are located, not some remote pseudo office”. Furthermore, employees would be assumed to have resigned if they do not show up in the office.

Musk also expected senior staff to be more “visible” in their presence. He explained, “That is why I lived in the factory so much — so that those on the line could see me working alongside them. If I had not done that, Tesla would long ago have gone bankrupt. There are of course companies that don't require this, but when was the last time they shipped a great new product? It's been a while.”

He concluded, “Tesla has and will create and actually manufacture the most exciting and meaningful products of any company on Earth. This will not happen by phoning it in.”

Tesla has not responded to media queries, but Musk indirectly confirmed on Twitter the veracity of these emails. On 1 June, a Twitter user asked, “hey elon [sic] a lot of people are talking about this leaked email, any additional comment to people who think coming into work is an antiquated concept?”

True to his reputation of being an internet troll, Musk arrogantly replied, “They should pretend to work somewhere else.”

According to various reports, Tesla employs more than 100,000 people globally.

The debate on remote work

Since the pandemic hit in 2020, various countries have adopted flexible working at an unprecedented level.

But two years on, while some major US employers such as Twitter are allowing their employees to work from home permanently, other employers such as Tesla and Google’s parent company Alphabet have called their staff back to the office. Since early April, Alphabet has mandated that its staff work from the office at least three days a week, although many employess have gotten permission to work from home on a permanent basis.

A Bloomberg report highlighted a survey which shows that only 19% of executives are working from the office five days a week, compared with 35% of non-executives. Those working in the office report higher levels of stress and anxiety, and more than half surveyed said that they would prefer some flexibility.

However, judging from the two emails, Musk is sceptical of remote working and even called it “pretending to work”. Some people feel that he has said what many bosses have not been able to say for two years.

Despite a study by Stanford showing that remote workers are just as efficient as those in the office, and are usually more satisfied with their job, the reality is that many managers believe that working remotely would compromise efficiency, innovation and collaboration.

As for the Tesla staff in the US who received Musk’s emails and ultimatum to return to the office, one can only imagine how they would have taken it, and netizens have offered their sympathies.

One software engineer tweeted, “I've worked from home as a software engineer for nearly 10 years. There is no work-related reason for me to have a physical presence in an office. Demanding employees attend because [Musk is] a workaholic is frankly pathetic.”

Fifty-year-old Musk is indeed known for being a workaholic who once said that “nobody ever changed the world on 40 hours a week”.

Close friends of Musk also shared that he only sleeps five hours a night, works 19 hours a day, and almost never goes on vacation. Because he believes that leaders should lead from the front, he even slept on the factory floor during the production of Tesla’s Model 3, which launched in 2018.

A commentary on Quartz sarcastically said that Musk’s blind spot lies in the fact that the richest man on earth who holds about US$130 billion in Tesla shares “expects all of Tesla’s employees to care about his company as much as he does”.

... the people who are able to work safely in the comfort of their own home are eventually the white-collar workers, while the people who work outside and are exposed to health risks are the frontline workers that earn a meagre salary.

Some netizens also pointed out that if Tesla — which employs both white-collar and frontline workers — wanted to maintain employee morale, it would need to consider fair treatment for all workers as it would be impossible for frontline workers to work from home.

Two years of the Covid-19 pandemic have exposed society’s reliance on healthcare workers, supermarket employees, factory workers and other frontline and blue-collar workers. However, the people who are able to work safely in the comfort of their own home are eventually the white-collar workers, while the people who work outside and are exposed to health risks are the frontline workers that earn a meagre salary. This has already become a potential source of tension among social classes in American society.

The model employees in Shanghai

Perhaps Musk issued the ultimatum to his employees because he was spurred by the resumption of operations at Tesla’s Shanghai factory.

A sudden and serious Covid-19 outbreak in Shanghai two months ago — worse than the one in Wuhan in 2020 — led to a lockdown. After suspending operations for more than 20 days, Tesla’s Shanghai factory resumed production on 19 April.

To adhere to the anti-epidemic control measures, thousands of Tesla’s employees were confined in the factory and worked six days a week on 12-hour shifts. As there are no dormitories inside the factory, many of them slept on the factory floor on mattresses and sleeping bags given by the company, which also provided shower facilities, three meals a day, and an additional allowance of 1,900 RMB (US$284) a week.

Tesla’s employees in the US would probably find this “closed loop” management system crazy and unbelievable.

Nonetheless, Tesla’s employees in the US would probably find this “closed loop” management system crazy and unbelievable.

During an interview with the Financial Times on 11 May, Musk said that China would produce “some very strong companies” because there were “just a lot of super-talented, hardworking people in China who strongly believe in manufacturing”. He remarked, “They won’t just be burning the midnight oil. They will be burning the 3 am oil.”

He added that these people would not even leave the factory, whereas in the US, “people are trying to avoid going to work at all.”

Clearly, Musk could no longer hold back his frustrations with his employees in the US, leading to his two emails.

... the “first American boss to demand his employees to adhere to a 996 work culture”.

Mentality of a Chinese boss

Chinese netizens had some very interesting responses to Musk’s two emails. On the one hand, netizens joked that Musk had a “Chinese heart” and an “East Asian soul” that was “too familiar with the style of Chinese bosses”. They even called him the “first American boss to demand his employees to adhere to a 996 work culture”.

Some netizens commented that American enterprises were too kind to their employees because 40 hours a week translated to only eight hours a day; in China, three days of work would already exceed 40 hours.

On the other hand, netizens had a much harsher response to Musk’s compliment that Chinese workers “burn the 3 am oil”. They berated him, saying, “First, he praises you, then he slave-drives you. There you have it, exploitation at its best!”.

One netizen added, “Perhaps he really feels that way, you know? Which capitalist wouldn’t love the cat’s paws that work until 3 am for them?”

In fact, Chinese netizens resent China’s 996 work culture, with some people even advocating “lying flat” (躺平) in protest. These people would rather keep their distance from Musk, who seems to have the same mentality as a Chinese boss. While China and the US may be at different development stages, their people are united in the pursuit of expanding workers’ rights and improving working conditions.

Experts believe that Musk may face a series of challenges for demanding his employees return to the office, including a brain drain, shrinking talent pools and increased compensation cost to recruit or retain employees.

While the aerospace engineers, battery experts or car designers who worked on Musk’s breakthrough products have strong motivations to stay in the company, the same cannot be said for others such as software engineers who are not involved in the frontline of the company’s products and technologies.

However, as the US economy faces increasing uncertainties and a bleak outlook due to various factors, Musk is betting on the fact that some American employees might be willing to give up a little freedom to keep their jobs.