Government-endorsed ‘epidemic textbook’ taken off the shelves: A celebration too soon?

Amid rising negative feedback, the plug was pulled from launching a government-endorsed publication on China’s experience battling Covid-19. Rightly so, says Beijing correspondent Yang Danxu, as now is not the time to celebrate success when the battle to overcome the epidemic has not been won. 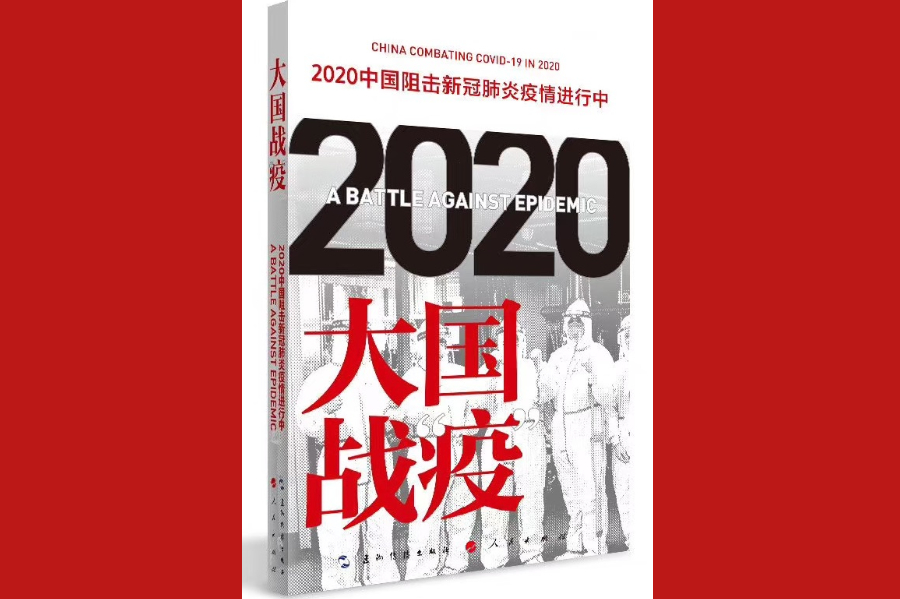 Grace Chong - 23 September 2022
While Chinese President Xi Jinping is likely to secure a third term at the 20th Party Congress, Loro Horta recalls the saying that one should “be careful what you wish for”. The road ahead in his third term looks to be fraught with challenges, both domestically and externally. This is the first in a series of four articles on President Xi Jinping and the road ahead.
Read more
Translated by Grace Chong on 4 March 2020

Xinhua News Agency, China’s state media, announced on 26 February the upcoming launch of the book written under the guidance of the official propaganda department and co-published by two Chinese publishers.

According to the report, the book is a compilation of carefully chosen reports from over two million words written in mainstream media reports, collectively reflecting Chinese President Xi Jinping’s “commitment to the people, his sense of mission, his far-reaching strategic vision and outstanding leadership as the leader of a major power”.

It also introduces China’s “collective battle in the epidemic, the different stages and development of the containment battle, and the epidemic’s positive and upward trend”. In addition, it is a reflection of the party’s leadership and clear advantages of the “China’s socialism with Chinese characteristics” ideology. It also demonstrates the people’s cooperative spirit with the international community, and its enormous efforts in working together to safeguard global and regional public health security.

Although I did not have the chance to have a look at this book, its title, A Battle Against Epidemic, is aligned with China’s official preferred narrative style used in recent documentaries such as The Pillars of a Great Power (大国重器) and Craftsmen of the Nation (大国工匠). It conjures up a sense of “Amazing China” (itself a moniker coined from an eponymous 2018 documentary detailing China’s achievements) despite the Covid-19 epidemic, and is full of positivity.

Some voices in China sarcastically criticise other countries' sluggish response to the outbreak, advising them to “copy” China’s approach.

The report said that the book that is over 100,000 words long, is written in plain language with a scientific attitude, and details the truths and facts of China’s battle with the epidemic. It is currently the world’s first account of China’s Covid-19 prevention and control work, and will be subsequently published in English, French, Spanish, Russian and Arabic.

While the epidemic’s spread has recently been decreasing in China, it is escalating in Italy, Iran, Korea, Japan, and other countries. Some voices in China sarcastically criticise other countries' sluggish response to the outbreak, advising them to “copy” China’s approach. They hazard that since the book is to be published in different languages, it could even become a textbook on dealing with global epidemics.

...rushing to celebrate and praise the country when the outbreak has not subsided, and mistakes and responsibilities have yet to be accounted for, was simply “too ridiculous” and made people “speechless”.

However, shortly after announcing the book's publication, online platforms pre-selling the book have quietly taken it off their shelves. The reason for doing so was interpreted in various ways: some guessed that it was because production lines have not fully resumed yet, and thus printing companies could not support publication needs and logistics requirements. Others inferred that the book was not well-received in the early stages and thus officials could be looking at postponing its launch date.

Going by public opinion, most people felt that it was untimely to regale people with an account of the country’s achievements when the epidemic has not been entirely contained. Following news of the launch of the book, only a minority of Chinese netizens felt that there was a need to go over the happenings over the past month, and give themselves a pat on the back.

People who reacted more strongly to the book began attacking it — some netizens commented that rushing to celebrate and praise the country when the outbreak has not subsided, and mistakes and responsibilities have yet to be accounted for, was simply “too ridiculous” and made people “speechless”. Others said mockingly that the speed with which the book went on the shelves — a month — was “a miracle that only China could pull off”.

After all, Xi had also openly said in his speeches — without mincing his words — that officials were irresponsible, timid, unwilling to be held accountable, did not have a clear train of thoughts in their work, were sloppy and inconsistent or even tried to escape in the face of adversity.

Taking the reference point of 23 January, the day of Wuhan’s lockdown, China has, over the past month and more, implemented unprecedented containment measures. The Chinese government has demonstrated its powerful capabilities in the mobilisation of resources and its control over society, effectively controlling the spread of the virus within China, and earning praise from the World Health Organisation. Since the start of epidemic prevention and control, the Chinese public has also shown its shocking determination in overcoming the virus. All of these efforts are worthy of record: from the way the majority of the public, especially the residents of Wuhan, were aware of preventive measures, made sacrifices and cooperated with officials, to the way selfless Hubei medical staff and medical staff from other regions rushed to lend a helping hand, despite the tough challenges awaiting them.

It is understandable that officials are hoping to increase societal morale and confidence in battling against the outbreak by shaping public opinion. However, excessively praising one’s achievements, and even proudly asserting that one has the textbook for fighting epidemic battles without calmly addressing the problems, are clearly not ways of giving the full picture of the battle against Covid-19. After all, Xi had also openly said in his speeches — without mincing his words — that officials were irresponsible, timid, unwilling to be held accountable, did not have a clear train of thoughts in their work, were sloppy and inconsistent or even tried to escape in the face of adversity.

A faithful record of this experience should not only contain the official narrative, but also the stories of ordinary citizens.

For people who have yet to recover from this tragedy, it is even more inappropriate to be celebrating the country’s success now. In the course of the epidemic, over 80,000 people were infected, and more than 2,900 lives were taken. Many infected patients in Wuhan are still battling against the virus and many families that have been torn apart by the outbreak are still in mourning. The experiences and stories of these individuals in the epidemic are wounds not to be neglected.

Related Readings: A better, stronger China after the epidemic? But at what cost? | Wuhan doctor Cai Yi: 'We are the Little Folk — we!' | Wuhan coronavirus: China has paid a high price