In a heartfelt Weibo post, Dr Cai Yi, head of the Department of Pain Management at The Central Hospital of Wuhan, remembers Lin Jun, a shopkeeper at the hospital who passed away from Covid-19. 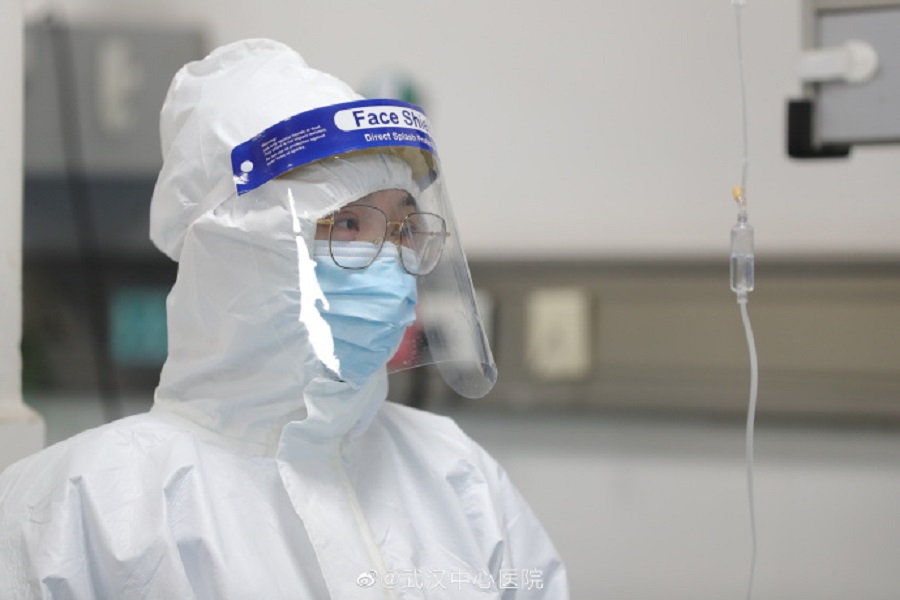 Grace Chong - 1 July 2022
Masayoshi Son, billionaire head of SoftBank Group Corp. may finally be able to push ahead with launching a US IPO for semiconductor and software design giant Arm Ltd., after wresting control of Arm China back from ousted CEO Allen Wu. It was no mean feat and a saga of twists and turns. But even now, some questions of Arm China’s shareholding and business remain unanswered.
Read more
Translated by Grace Chong on 17 February 2020

Lin Jun has passed away.

After completing my ward rounds today, I removed my protective gear to take a break in the clean zone. Scrolling through my workplace group chat on WeChat, I was shocked by the news of Lin Jun’s death.

Who is Lin Jun, you may wonder? To be honest, I don’t even know how his name is written. But anyone who has worked for a number of years at The Central Hospital of Wuhan would know him. He was neither the director nor the party secretary of the hospital, but just the owner of the provision shop at our Nanjing Road premises.

Directors and party secretaries of the hospital have come and gone, but Lin Jun remained.

Even now, I still remember what it was like when I first joined the Department of Anaesthesiology more than 10 years ago. Back then, it was customary to thank a colleague for helping with surgery with gifts from the provision shop. I would pick up the phone and say, “Lin Jun, help me send a carton of drinks each to the Department of Anaesthesiology and the operating theatre. And another carton each to the nurse station and doctor’s office of so-and-so department. I’ll drop by to pay you after work.”

A familiar voice on the other end of the phone would reply, “Got it!” Before long, a round-faced, dark, amicable man would arrive with a laden trolley at the destination. After informing the recipients of the gift-sender, he would hurry to his next stop.

In the last few years, as the number of parcel deliveries to the hospital increased, and we were often too busy to collect the parcels personally, we would tell the deliverymen to “just leave my item with Lin Jun who runs the provision shop at the entrance”. Despite our extra requests, Lin Jun never grumbled and always greeted us with a smile.

Since not too long ago, doctors stopped carrying money in their white robes. Mobile payment also had not taken off yet. That did not stop us from visiting the provision shop for a drink or biscuits on credit. We promised to pay him back, but sometimes we forgot. When we walked past his shop and suddenly recalled that we owed him money, we would ask, “How much do I owe you, Boss?” Always with a smile, he would tell us the amount if he remembered, otherwise, he was happy to work out an amount with us.

Directors and party secretaries of the hospital have come and gone, but Lin Jun remained. Alas, that is no longer the case with his tragic passing.

Just a nobody like you and me, it would have been difficult for Lin Jun to even get a hospital bed, much less an ECMO machine.

I vividly remember my former superior at the Department of Anaesthesiology calling me two days ago to ask whether I had space for another patient. This was the first time my former boss made such a request. Since I had no spare bed, I had to say no. Out of curiosity, I asked who the patient was. “Lin Jun from the provision store has been infected, I wanted to ask if you can arrange for a bed for him,” he said. Since Lin Jun was young and healthy, I did not think too much about it after hanging up. Alas, just two days after the call, Lin Jun passed away in the observation ward of our emergency department. His lungs had turned entirely white.

Feeling remorseful, I asked for more information from my colleagues in the emergency department. They told me that Lin Jun’s condition worsened too quickly and there was nothing they could do; only an extracorporeal membrane oxygenation (ECMO) machine could have helped. Hearing this eased my guilt a little. After all, the entire hospital only has two ECMO machines. The second one was only purchased after our former director, Xia Jiahong, got the Han Hong Love Charity Foundation to sponsor one. Just a nobody like you and me, it would have been difficult for Lin Jun to even get a hospital bed, much less an ECMO machine.

Is it tiring to be a doctor, you ask? Would you believe me if I say it is not that bad?

We are surrounded by numerous nobodies whom we pay little attention to. It is only when they suddenly disappear that we realise their importance to us. Viruses know no mercy. They take their toll on important people, doctors, and nobodies alike. Everyone is equal before COVID-19. Whether one survives an infection is largely up to fate.

Before I knew it, I had worked at the front line for 12 days, managing 32 beds. During this period, 25 patients cared for by my team were discharged, of which 22 were cured, while the remaining three passed away.

The entire nation knows that Li Wenliang and Professor Lin Zhengbin of Tongji Hospital in Wuhan have passed away. But how many know that a provision shop owner and the three patients under my watch have also lost their lives? We are all nobodies. In this pandemic, we toil and bear our sorrows quietly. The dead have left us, but life goes on for the living.

Is it tiring to be a doctor, you ask? Would you believe me if I say it is not that bad? Frankly, I am not exhausted. My current working hours are nothing compared to when I was still a surgeon. It is normal for surgeons to work more than 10 hours a day. After all these years, we have gotten used to it.

But an unknown disease, the fear of infection, inadequate supplies, a pandemic with no end in sight, the helplessness of dying patients, and stricken colleagues — all these are psychological stress that weigh heavily on us! It is no wonder that nowadays many doctors feel drained when putting on their protective attire! This goes beyond fatigue!

Luckily, we have like-minded comrades by our sides to spur us on and push forward. Thankfully, we have the lovable people of Wuhan and the kinship of our countrymen to warm our hearts and tide us over.

In the blink of an eye, the hospital management told me that doctors from the physiatry department would be taking over from my team. Over this 14-day period, my team had one of the heaviest workloads (in terms of infected patients discharged and under treatment) amongst all the hospitals; we certainly deserved a break.

But, when I heard that the physiatry department did not have enough manpower and that their elderly head was rolling up his sleeves and heading to the front line himself, I did something against my principles. I volunteered to stay on for another 14-day shift with four of my colleagues. We would remain at the second fever ward to assist the incoming team.

Many of my mentors were concerned and asked when I was going to take a break. I told them I did not wish to step down because I would be bored to death staying at home. Actually, I just wanted to remain at the front line. Even if the physiatry department had sufficient manpower, I would not want to knock off. Because I feel that I can push on, I can deal with the pressure and treat more patients, nobodies, and Wuhan residents!

Li Wenliang is no longer with us, Lin Jun too. Maybe some colleague of mine is fighting for his or her life right now. Maybe one day I won’t be able to take the stress anymore. One day I might be infected. So what?

In the entire province, the doctors at The Central Hospital of Wuhan face a rescue mission only second to that at the Jinyintan Hospital. What’s there to fear?

Farewell, Lin Jun. Thank you for helping and accompanying all of us at the Wuhan Central Hospital for so many years. Please forgive me for not seeing you off when you breathed your last. Have a safe journey to heaven, my brother!

This Weibo post was first published in Chinese by The Paper (澎湃).

Note: The title of this post is a translation of Cai Yi's original post 我们都是小人物 (women doushi xiaorenwu) and a rallying cry from the poem A Pict Song by Rudyard Kipling.

Related Reading: Internet: The whistleblower is dead, but we have to take care of that whistle | Unhappy the land that is in need of heroes