The great reshuffle: How China is changing up its provincial leaders ahead of the 20th Party Congress in 2022

Even though the 20th National Congress of the Communist Party of China will only be held in 2022, already there have been changes made this year to the top leaders of several provinces in China. More are expected in the coming months, with hot seats in Jiangsu, Shandong, and Henan — the three major provinces with larger economies and population size — closely watched. Zaobao correspondent Yang Danxu looks at the implications of this exercise in bringing in new blood. 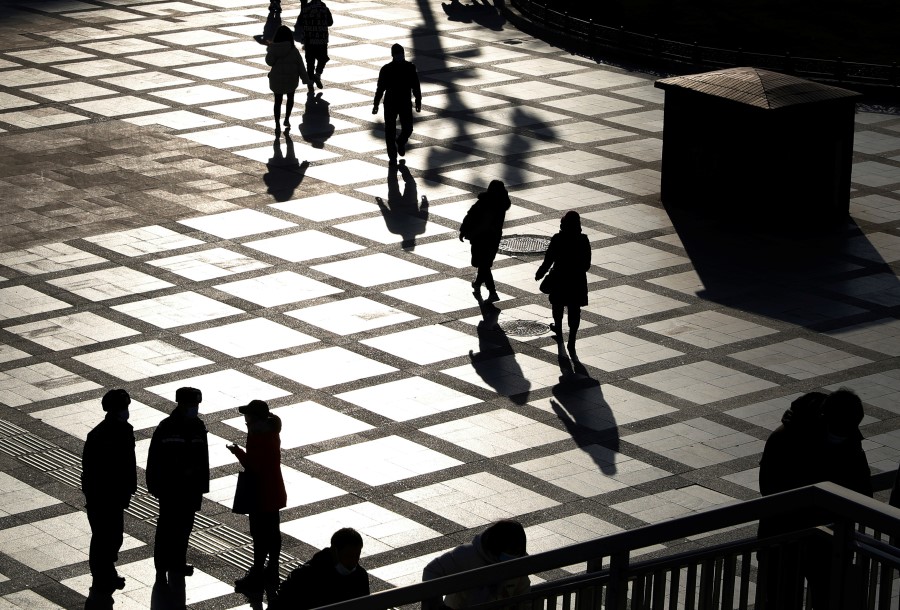 People are seen in silhouette on a street on a winter day in Beijing, following the coronavirus disease (COVID-19) outbreak, China, 21 December 2020. (Tingshu Wang/REUTERS) Candice Chan - 7 December 2022
With North Korea’s seventh testing of a nuclear weapon looking imminent, Chinese academic Jin Kai notes that the ROK’s hardened stance and the US’s inconsistent policies are not helping to calm rising tensions in the Korean peninsula. And while it is perceived to hold sway over North Korea, China’s influence over its neighbour may be overrated in truth.
Read more
Translated by Candice Chan on 22 December 2020

With less than two years to go until the Chinese Communist Party (CPC) holds the 20th National Congress of the Communist Party of China (henceforth 20th Party Congress), China’s various provinces, cities, and autonomous regions are ramping up the pace of bringing in new blood. Figures show that nearly 60% of provinces have changed their party secretaries or main government officials, and it is expected that at least seven provinces will replace their party secretaries next year, including those with large economies and populations such as Jiangsu, Shandong, and Henan.

As is standard practice in China’s political arena, in most provinces, the local officials who are to take China beyond the 20th Party Congress in the second half of 2022 will be installed by the end of next year or the first half of 2022.

Recently, in the space of barely two weeks from the second half of November to early December, there were changes in the party secretaries in six provinces — Jilin, Hunan, Guizhou, Yunnan, Fujian, and Hainan. Apart from former Sichuan governor Yin Li taking over in Fujian, the other five party secretary positions were filled by former governors of the respective provinces, meaning that Jilin, Hunan, Guizhou, Yunnan, Hainan, and Sichuan also saw new governors.

Also, former Heilongjiang governor Wang Wentao and former Gansu governor Tang Renjian were posted to Beijing in early December as party secretaries at the Ministry of Commerce and Ministry of Agriculture and Rural Affairs respectively, and it will probably not be long before they assume top posts at these two ministries. Wang’s successor has not yet been announced, while Tang’s position will be filled by former Jiangsu deputy party secretary Ren Zhenhe, who was appointed acting Gansu governor early this month.

Looking at the extent and methods of changes to local officials this year, local officials who are of a certain age next year — probably 65 — will likely be moved to second-string positions, and will not get to serve for too long.

By Lianhe Zaobao’s count, following this round of reshuffle, there were changes made to 27 top local positions this year in China’s provinces, the most since the 19th Party Congress in 2017.

Looking at the extent and methods of changes to local officials this year, local officials who are of a certain age next year — probably 65 — will likely be moved to second-string positions, and will not get to serve for too long.

Of the party secretary changes effected in ten provinces, most were due to the incumbents reaching the retirement age of 65. But there were two exceptions. In late February, former Shanghai mayor Ying Yong took over Jiang Chaoliang’s position as Hubei party secretary as the latter was removed due to the Covid-19 pandemic. Jiang was also the only provincial chief to be removed this year for his poor work performance. On the other hand, former Shaanxi party secretary Hu Heping took over as Minister of Culture and Tourism, while former Shaanxi governor Liu Guozhong took over Hu’s role to become Shaanxi party chief in July.

Seven provincial party secretaries expected to step down next year

... while it is common practice for party secretaries to be replaced by governors, we must not rule out the possibility of external transfers, especially in the case of important or sensitive provinces.

Apart from Xu, who was just promoted to Hunan party secretary last month at the age of 64, it is highly likely that the remaining seven officials would step down next year, bringing about another round of provincial-level personnel appointments and adjustments.

Based on the recent reshuffle of local officials, while it is common practice for party secretaries to be replaced by governors, we must not rule out the possibility of external transfers, especially in provinces deemed important or sensitive. When appointing new provincial party secretaries, higher-ups must discuss, deliberate, and reach a unanimous decision to ensure that all parties will be satisfied with the final choice.

Of the anticipated reshuffle in the seven provinces mentioned above, changes in Jiangsu, Shandong, and Henan — the three major provinces with larger economies and population size — will be most closely watched.

Currently, 56-year-old Jiangsu governor Wu Zhenglong has an age advantage. He has been in Jiangsu’s leadership team for over four years and has accumulated a certain amount of experience there. However, he does not have a particularly impressive background. He served in Chongqing for several years and was a member of the standing committee of the CPC Chongqing Municipal Committee from May 2007 to September 2014. During his stint in Chongqing, he assisted numerous Chongqing party secretaries such as Wang Yang, Bo Xilai, Sun Zhengcai and so on. He was appointed member of the standing committee of the CPC Shanxi Provincial Committee and party secretary of Taiyuan in 2014, took over as Jiangsu deputy secretary and Nanjing party secretary in 2016, and became Jiangsu governor in July 2017 and has remained in this position until the present.

Generally speaking, the highest-level officials in the local governments of China’s five ethnic minority autonomous regions are chosen from the respective local officials, while the secretary of its party committee is externally transferred.

Also aged at 56, Li Ganjie was appointed as Shandong governor in April after his stint as Minister of Ecology and Environment. In Chinese officialdom, getting transferred to helm a local government after a stint at a central ministry strengthens one’s official career and portfolio. It is thus more likely that up-and-coming Li would succeed Liu as Shandong party secretary.

It is also highly likely that Henan governor Yin Hong would succeed Wang Guosheng as Henan party secretary. Yin went north to Henan late last year and officially became governor of Henan this January. Born in 1963, Yin served for a long time in Shanghai, a traditional stomping ground of China’s political upper echelons. Before he was transferred to Henan, he was deputy party secretary of Shanghai. In 2001, he was part of Shanghai’s third batch of cadre aid mission members to Tibet, acting as the leader of its liaison team, and had served as deputy party secretary of Shigatse for three years, which gives him experience in assisting Tibet.

Additionally, as Tibet is located at China’s southwestern border and has long been plagued by sensitive issues such as ethnicity and religion, many are keen to know who the next Tibet Autonomous Region party secretary after Wu Yingjie would be. Generally speaking, the highest-level officials in the local governments of China’s five ethnic minority autonomous regions are chosen from the respective local officials, while the secretary of its party committee is externally transferred.

The flurry of changes in local official appointments demonstrates that the CPC is accelerating its personnel restructuring in time for the 20th Party Congress, which is expected to commence in the later half of 2022. This implies that, from next autumn, the party committees of various provinces, cities and autonomous regions will enter into "reshuffle mode”, conducting local party congresses to elect the new generation of leaders in the party committees. Prior to this, the top officials of various provinces, cities and autonomous regions, that is the party secretaries, would have already been appointed. They would preside over the change of leadership of provincial-level party committee leaders, a process that could still be ongoing even after the 20th Party Congress.

Related: The politics behind the change of leaders in Hubei | Replaced and warned, leadership in Hubei and Wuhan undergoes shake-up