How closely aligned are China and Russia, really? 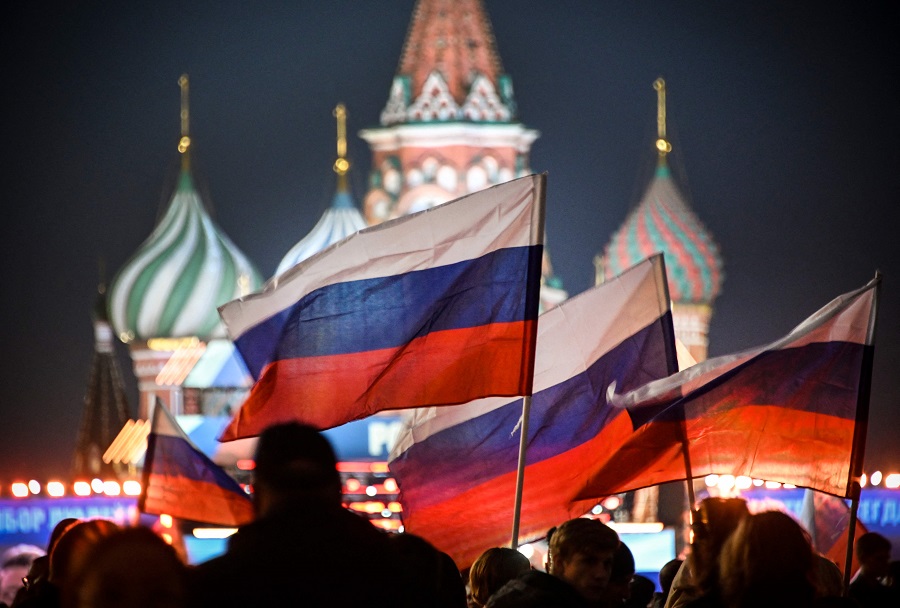 Grace Chong - 30 January 2023
In the last of a six-part series on hiking in Hong Kong, cultural historian Cheng Pei-kai shares the wonders of Hong Kong’s hiking trails. As he rediscovers the hidden splendour of Ma On Shan on a difficult hike, he marvels at the ingenuity of the gods, keeping the pristine away from the evil world. Only the most determined will glimpse unparalleled beauty.
Read more
Translated by Grace Chong on 14 October 2022

A seemingly straightforward question of how closely China and Russia are aligned appears to be difficult to answer.

A cursory glance at the existing expert assessments reveals a cacophony of conflicting depictions ranging from the two countries being called “allies” to “rivals”. A recent global survey of experts, which asked whether “China-Russia alignment will be a durable feature of the international system”, discovers an almost perfect 50-50 division with half of the respondents answering “yes” and the other half “no”. This situation is problematic because it means either China-Russia relations are so elusive that they cannot be assessed or the method of assessment is faulty.

Speaking of the first aspect, it is important to highlight that the current relatively high level of China-Russia strategic cooperation is not an ad-hoc phenomenon. Instead, it is a continuation of a consistent consolidation of the China-Russia alignment since the end of the Cold War.

This three-decades-long upgrading of the relationship, while failing to cross the Rubicon of a formal military alliance, indicates consistent consolidation of China-Russia informal alignment and its immunity to exogenous shocks.

In 2019, Xi Jinping and Vladimir Putin declared China-Russia relations to be “a comprehensive strategic partnership of coordination for a new era”. On 4 February 2022, the two leaders announced that the China-Russia partnership “surpasses an alliance” because it has “no limits or forbidden areas”. This three-decades-long upgrading of the relationship, while failing to cross the Rubicon of a formal military alliance, indicates consistent consolidation of China-Russia informal alignment and its immunity to exogenous shocks.

There have been ups and downs in the relationship, such as temporary stagnation in China-Russia military-technical cooperation in the mid-2000s and the occasional suspensions of regular bilateral consultations. However, these fluctuations happened against the backdrop of an overall continuous upward trend.

The second aspect relating to assessing the degree of alignment between China and Russia is conceptual, and defining and measuring interstate strategic cooperation is tricky. There are more than 30 different definitions of alliances and alignments. But ultimately, the question of strategic alignment is a question of how technically prepared the two countries are for united military action and a hypothetical full-fledged military alliance.

The growing number of China-Russia military exercises in different parts of the world and their increasing operational complexity lay the foundation for potential joint military actions in multiple theatres of operation simultaneously.

From this standpoint, China and Russia have travelled a long way, and where they are now in terms of alignment allows them to have a significant impact on international politics.

Starting from the early confidence-building measures in the 1990s, aimed at settling the disputed parts of the common border, the cooperation progressed to include a comprehensive mechanism of regular consultations at various levels, significant military-technical cooperation, and various regular military exercises.

Currently, China-Russia relations comprise 20 to 30 high-level security-related consultations every year. The growing number of China-Russia military exercises in different parts of the world and their increasing operational complexity lay the foundation for potential joint military actions in multiple theatres of operation simultaneously.

According to some assessments, this could enable China and Russia to effectively draw the attention and capabilities of the US and its allies to a specific region, thus reducing their ability to react to either China’s action in the Pacific or Russia’s actions in the Western part of Eurasia.

Potential integration of the two countries’ early warning systems can facilitate the convergence of Russia’s and China’s defence strategies...

The new height of strategic cooperation was the announcement by President Putin that Russia was actively helping China to create a missile attack early warning radar system. Strategic arms, and specifically missile early warning systems, are the most critical and sensitive aspect of any country’s defence capability.

Potential integration of the two countries’ early warning systems can facilitate the convergence of Russia’s and China’s defence strategies, in which case China-Russia military integration and interdependence are predicted to match the level of the advanced alliance relationship the US has with such countries as France and the UK.

The third aspect has to do with the causes of the China-Russia strategic alignment. Here, one must look beyond the relationship between the two leaders (Vladimir Putin and Xi Jinping) and into the structural shifts in great power politics.

Therefore, China has no incentive to undermine China-Russia strategic alignment, which, given Russia’s anti-US foreign policy orientation, military and geopolitical parameters, and the permanent seat in the UN Security Council, presents the most effective way to balance against the US.

Both increasingly feel that the US threatens their geopolitical interests, civilisational identities, and domestic political regimes.

The alignment-conducive structure of the international system is buttressed by a shared perception of external threats in China and Russia. Both increasingly feel that the US threatens their geopolitical interests, civilisational identities, and domestic political regimes. These moods only consolidated after Russia’s invasion of Ukraine and US Speaker Nancy Pelosi’s visit to Taiwan, despite Beijing’s vehement resistance.

At the same time, the revisionist, anti-unipolarity moods in China and Russia have developed from a shared desire for a more multipolar world order to an expressed determination to transform the status quo.

China-Russia strategic alignment, if not yet an alliance, is currently in place and is grounded in long-term international-systemic trends. It is solid and comprehensive and should be taken seriously.

China-Russia alignment is not a formal military alliance and may or may not become such. Moreover, as some alliance theory experts emphasised, some alignments may, due to various exogenous and endogenous factors, begin to run counter to the prior pattern of tacit alignment.

And yet, China-Russia strategic alignment, if not yet an alliance, is currently in place and is grounded in long-term international-systemic trends. It is solid and comprehensive and should be taken seriously.

Related: Xi-Putin meeting in Uzbekistan: China pulling back from Russia | Will China and Russia join hands to push for an alternative world order? | China's softening stance on its ‘no limits’ relations with Russia | Russia-China alliance: 'No limits' does not mean 'no bottom line'