China's softening stance on its ‘no limits’ relations with Russia

The lateral move of “Russia expert” Le Yucheng from the Chinese foreign ministry to the National Radio and Television Administration is undoubtedly a career setback for the man once tipped to be the next foreign minister. Zaobao correspondent Edwin Ong explores possible reasons for the move and opines that it could indicate Beijing's changing attitude towards Russia and the war in Ukraine. 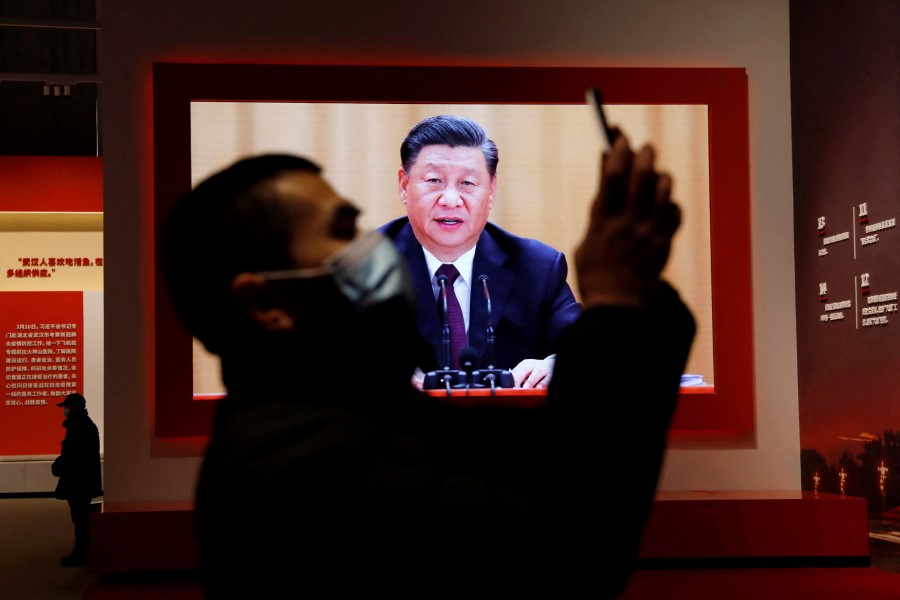 Candice Chan - 28 September 2022
Hong Kong Baptist University academic Jean-Pierre Cabestan notes that Chinese President Xi Jinping will have his work cut out for him in his anticipated third term. Apart from domestic and international challenges, Xi faces opposing views on the way forward for China’s future. This is the third in a series of four articles on President Xi Jinping and the road ahead.
Read more
Translated by Candice Chan on 16 June 2022

On 14 June, it was confirmed that this “Russia expert” will not be the top person in the foreign ministry, and may retire next year at the age of 60 without ascending to the ministerial level.

Too close to Russia?

Late last month, there was already news that 59-year-old Le would make a lateral move to deputy head of the National Radio and Television Administration (NRTA). Even though he ranks first of the four NRTA vice-ministers, it is clear that this is a setback in his career.

International opinions are focused on whether Le lost out on becoming foreign minister because he spoke of China-Russia relations having “no limits” and misjudged the situation between Russia and Ukraine before the fighting began.

On 15 June, Bloomberg quoted an analyst at political risk advisory and consulting firm Eurasia Group as saying, “Beijing’s decision to remove Le from the foreign affairs system could reflect concern among Communist Party leaders that China has become too close to Russia, whose invasion of Ukraine has damaged ties with the West and weakened the global economy, and now needs foreign ministry leaders more adept at managing relations with the United States and European Union.”

Notably, Chinese President Xi Jinping and senior diplomatic officials, such as Politburo member Yang Jiechi and Foreign Minister Wang Yi, have made no mention of “no limits” in China-Russia relations.

No limits or forbidden areas?

China-Russia relations have strengthened in recent years, largely driven by worsening China-US relations. Before the war in Ukraine broke out in late February, the US was mostly focused on China, and along with some Western countries, even played the human rights card in boycotting the Beijing Winter Olympics.

Russian President Vladimir Putin made a whirlwind visit to Beijing to attend the Winter Olympics opening ceremony and China returned the favour. The joint statement issued by the Chinese and Russian leaders on 4 February not only set out the various areas of cooperation, but also stated that there are “no limits” to the friendship between both countries and “no forbidden areas” of cooperation.

On the same day, Le added to this by saying during a media interview that China-Russia relations had no final destination, only “refuelling stations”. Notably, Chinese President Xi Jinping and senior diplomatic officials, such as Politburo member Yang Jiechi and Foreign Minister Wang Yi, have made no mention of “no limits” in China-Russia relations.

While China and Russia are not allies as such, the very friendly diplomatic rhetoric at the time had strengthened their relations and alluded to an official alliance.

After the war in Ukraine broke out, China lost its diplomatic room to manoeuvre and was stuck in a passive position. Some international opinions interpreted China as being supportive of Russia sending out its troops, while the West scrutinised China and accused it of assisting Russia.

While the comment that China-Russia relations have “no limits” stirred trouble for China, when Le met with Russian Ambassador to China Andrey Ivanovich Denisov in April, he affirmed China’s commitment to strengthen strategic coordination with Russia, regardless of “how the international landscape may change”.

In a speech in early May, Le defended his remark of a China-Russia relationship with “no limits” and “no forbidden areas”, and asserted that “China desires friendly relations with all countries and we never set any limit on cooperation”.

... it is commonly known that Yang is a “US expert” while Wang is a “Japan expert”. As the Chinese foreign ministry’s “Russia expert”, Le would certainly have some influence over the China-Russia joint statement released in early February.

On the other hand, some Hong Kong media believe that Le’s transfer is unrelated to the Russia-Ukraine war because he does not lead China’s foreign policies and is subordinate to senior foreign ministry officials such as Yang and Wang.

However, it is commonly known that Yang is a “US expert” while Wang is a “Japan expert”. As the Chinese foreign ministry’s “Russia expert”, Le would certainly have some influence over the China-Russia joint statement released in early February. Le might have overstated his case about China-Russia relations and misjudged the war in Ukraine.

China-Russia relations seem to be loosening up as well. Last month, Russian media Pravda quoted Russian political scientist Andrei Susdalzew as saying that China is “not an ally” of Russia, and if Russia loses the war, especially if it loses badly, China will presumably participate in dividing up and plundering Russia as well.

During the same period, state-owned Russian television channel Russia-1 also aired an interview with retired colonel Mikhail Hodarenok, who said that Russia is “in total political isolation”, implying that China did not provide political support to Russia in the Russia-Ukraine war.

Other media platforms such as ifeng.com (凤凰网) quoted former Chinese Ambassador to Ukraine Gao Yusheng as saying at a forum that “it’s only a matter of time before Russia is fully defeated”. His remarks were later removed from the Chinese internet.

As Russia is deep in the battlefield of Ukraine, Wang met with the foreign ministers of five Central Asian countries during his visit to Kazakhstan last week, expanding China’s influence in Central Asia, which is within Russia’s traditional sphere of influence.

It is likely that the “no limits” rhetoric in China-Russia relationship will take a back seat following Le’s transfer.

Nearly four months after they last spoke, Xi and Putin held a phone conversation on 15 June, affirming that the two countries’ bilateral relations have maintained a “sound development momentum” and that their economic and trade cooperation has made “steady progress”.

Xi added that China is “willing to work with Russia to continue supporting each other on their respective core interests concerning sovereignty and security” and “deepening their strategic coordination”.

However, compared with their meeting in February, this phone call was more subdued. During the call, Xi also urged all parties to “push for a proper settlement of the Ukraine crisis in a responsible manner”.

China has recently shifted the focus of its foreign policy to tackling the US’s Indo-Pacific strategy and the Taiwan Strait issue. When engaging in a war of words with the US, China is also proactively striving to resume face-to-face talks to build guardrails and keep bilateral relations under control. It is likely that the “no limits” rhetoric in China-Russia relationship will take a back seat following Le’s transfer.