Power struggles and Chinese influence in the Pacific island region

The Pacific Island Forum (PIF) has undergone some intense internal power struggle recently, and the region is also subjected to rising global geopolitical competition and tension. In fact, the "Taiwan-China conflict is virulent in this region", says former German diplomat Dr Anne-Marie Schleich. 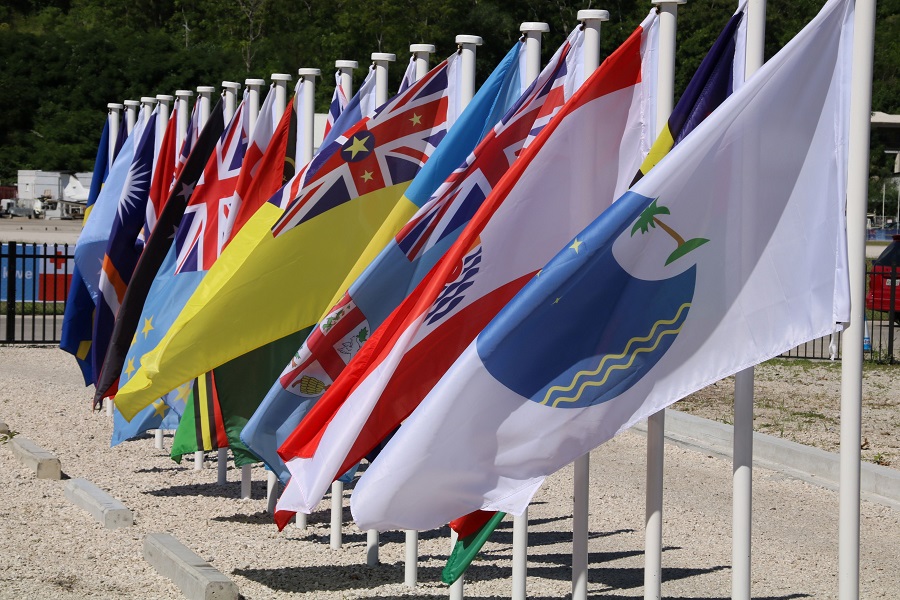 Grace Chong - 28 June 2022
While some pundits have it that Iran sees gaining full membership of the Shanghai Cooperation Organisation in terms of geopolitics, Fan Hongda thinks that the more bread-and-butter concern of strengthening economic and trade cooperation is on its mind. But this is not to say that Iran does not harbour ambitions of playing a greater regional role.
Read more
Translated by Grace Chong on 17 March 2021

2021 was supposed to be the year of celebration in the Pacific as the 18-member Pacific Island Forum (PIF) was founded 50 years ago in 1971, four years after ASEAN. Apart from Australia and New Zealand, most of the other Pacific island members share similar challenges such as small populations, vulnerable economies and ecosystems, scarce resources, vulnerability to rising sea levels, lengthening droughts and increased cyclone intensity.

For half a century, the PIF provided a regional forum for dialogue and cooperation on politics, environment, culture, economics and trade. After decades of focusing on more regional integration of its diverse member countries, it had become a strong voice and advocate for climate change issues at the United Nations. After five decades of successful cooperation, two shocking events, though, created frictions and have shaken two regional institutions in the Pacific to their bones.

The PIF has thus lost one-third of its Pacific Island members and has been thrown into massive turmoil.

The first event was the election of the new PIF secretary-general. For decades, there was an unwritten "gentleman’s agreement" that the post would rotate among representatives of the three regional subgroups Melanesia, Micronesia and Polynesia. After a successful six-year term of Melanesia’s Dame Meg Taylor, it was the turn of Micronesia.

However, Henry Puna, the previous prime minister of the Cook Islands (Polynesia), won with a slim majority of 9:8 votes against Micronesia’s nominee Gerald Zackios. It was speculated that the major powers in the PIF, Australia, New Zealand and Fiji, had voted for Puna in a secret ballot.

They expressed “their great disappointment with the Pacific Islands Forum secretary-general appointment process” and initiated the year-long withdrawal transition. The PIF has thus lost one-third of its Pacific Island members and has been thrown into massive turmoil.

The second shock to Pacific regionalism happened to the University of the South Pacific (USP). With its main campus in Fiji, USP is a highly successful university, co-owned by the governments of 12 Pacific island countries, with strong funding from Australia and New Zealand. USP vice chancellor and whistle-blower Professor Ahluwalia was detained and deported on 4 February 2021 on the orders of Fij’s PM Banaimarama.

After his appointment in 2019, Ahluwalia had exposed mismanagement under his predecessor, a Fijian, who was close to the Fijian government. After an inquiry over his own alleged malpractices by a commission headed by a Fijian diplomat, Ahluwalia was suspended from his position.

The ousting of Ahluwalia happened without Fiji consulting other USP partner governments. Fiji opposition parties and civil organisations condemned the move to deport the vice chancellor. The Australian and New Zealand governments have not commented on the developments. Samoan PM Tuila’epa criticised Fiji and made a bid for Samoa as the new home for the USP.

These regional frictions may have wider geopolitical ramifications. The battle for influence in the Pacific Island region is intensifying. The Taiwan-China conflict is virulent in this region. The 2019 move of Kiribati and the Solomon Islands to switch their political allegiance from Taiwan to China is one aspect of this geopolitical competition. 2020 also saw a competing mask diplomacy between China and Taiwan in the region.

The present Australia-China conflict has reached a deep freeze point in 2020. At the same time, China is increasing its aid footprint in the South Pacific, seeks to have a diplomatic and strategic foothold and has invested in much needed infrastructure projects. The Pacific is an important part of China’s Belt and Road Initiative (BRI).

Both Australia and China have in 2020 used Covid-19 aid as a diplomatic tool in the Pacific. Still, Australia seems to be in danger of losing its traditional political influence there.

China has also surpassed Australia as a trading partner in some of the Island countries. Recent policy recalibrations and greater engagement by Australia’s "Pacific Step Up" and New Zealand’s "Pacific Reset" were meant as an answer to China’s challenge and emphasised more engagement and partnership with the Pacific.

Both Australia and China have in 2020 used Covid-19 aid as a diplomatic tool in the Pacific. Still, Australia seems to be in danger of losing its traditional political influence there. Also, Australia’s ambivalent attitude regarding climate change issues has been viewed critically by the island countries, which are seriously threatened by climate change.

The US has a strategically important military base in Micronesia’s Marshall Islands and a Compact of Free Association (and with Palau and the Federated States of Micronesia) but it has much less aid and trade connections with the rest of the Pacific island countries. It recently deployed Covid-19 vaccines to Palau and the Marshall Islands.

National and sub-regional egoism dominated Pacific matters in recent months and exposed the fault lines in the regional architecture. Greater cooperation among the member states is direly needed in times of pandemic and climate change. It is important for the region to secure sufficient Covid-19 vaccines for its populations.

Equally urgent is a united PIF front in a year, when the next and very important UN Climate Conference is convened in Glasgow in November. The plight of atoll island countries in Micronesia, most affected by climate change, will be at the centre of some of the discussions there.

The year-long process of exiting PIF could help provide possible compromise solutions and conflict resolution mechanisms where member countries and their sub-regions would save face and come together again. On the sidelines of these discussions, a solution for the USP saga may also be found.

Related: Australia boosting security relations with Southeast Asia and the US in the face of heightened threats | Chewing gum on the sole of China's shoes? Australia-China relations take a nosedive | Vaccine diplomacy: China and India push ahead to supply vaccines to developing countries