As young Chinese leave their hometowns to work and live in big cities such as Beijing and Shanghai, single living vlogs are gaining popularity. Whether they are toughing it out or living it up, the Chinese youths of today seem to be rejecting their parents' lifestyles and yearning to chart a life of their own. Zaobao correspondent Wong Siew Fong speaks to some Chinese youths about the rise of single living vlogs. 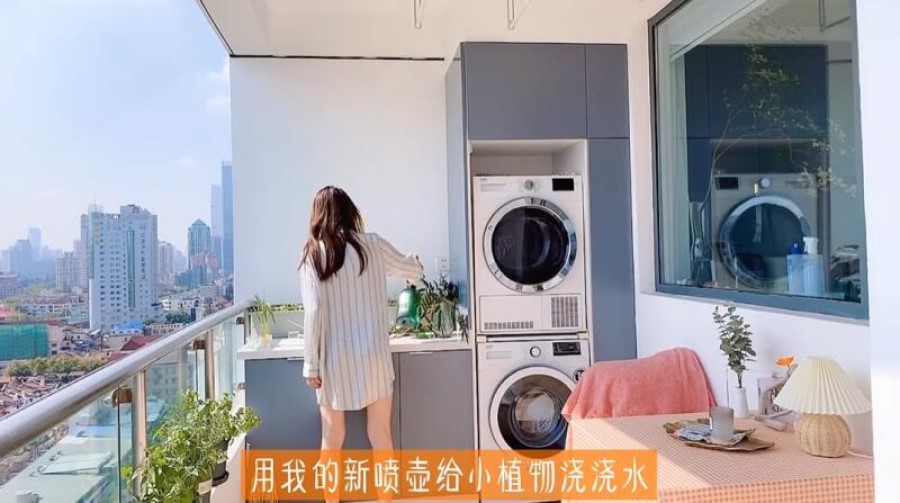 A screenshot of a vlog featuring single living. (Bilibili)

Candice Chan - 5 December 2022
Susannah Patton, director of the Southeast Asia Program at Lowy Institute, reflects on the thaw in Australia-China relations, surmising that the resumption of dialogue may mean Australia is no longer a regional outlier. But unchanging imperatives may see Australia’s continued investment in capabilities for the regional deterrence of China, which may worry some in Southeast Asia.
Read more
Translated by Candice Chan on 20 August 2021

Getting out of bed, stretching, making coffee, eating toast with butter and jam, doing the dishes, then lying on the sofa to scroll through the phone — all these seemingly mundane activities have become hot stuff on China’s video websites, sparking a wave of “single living vlogging”.

This wave started last year when the pandemic hit. In June, there were over 1,000 single living vlogs on Bilibili. Single living vlogs fall into two styles: one type reflects the mundane daily life of young working singles who come home after work to a dark rented unit, switch on the lights, prepare a meal, watch TV, and then get ready for bed; the other type is more of a dreamscape where good-looking vloggers in beautiful pyjamas “enjoy life” in nicely decorated homes while they do ikebana, read or play with their pets.

The rise of bachelor/bachelorette pads

These two very different styles reflect the state of mind of “empty nest youths” in the big city. Apart from working hard, they also live the good life, as they and their audience connect on a screen.

Empty nest youths is an internet term that came up around 2015, meaning single young people who go to big cities to work, far from their homes and families, who live alone mostly in rented lodgings. According to Chinese media reports, the number of empty nest youths is growing, and is expected to hit 92 million in 2021, nearly one-fifth more than in 2018. Given China’s insufficient birth rate, the authorities are also taking note of this increase. At the Two Sessions in March this year, Hu Wei, a member of the National Committee of the Chinese People’s Political Consultative Conference member (CPPCC), submitted a proposal to promote the transformation of empty nest youths to “nest-building youths”.

Empty nest youths are generally negatively labelled as lonely, lacking in emotional support, and living amid poor conditions. But whether the single living vlog is of the realist or dreamy variety, the message is clear: empty nest youths can also be strong and independent, and regardless of living conditions, they do just fine on their own.

Sharing your life with others, alone

Full-time vlogger Zhuo Ma, 26, started on Bilibili in 2018 with videos on travel, fashion, and makeup. But restrictions on travel and movement during the pandemic unexpectedly led to the popularity of single living vlogs, and Zhuo also jumped on the bandwagon, creating reality-style vlogs since August last year.

Videos showing Zhuo lounging around at home, lying on the sofa in pyjamas with messy hair and no makeup have led to an explosion in her followers. Her single living vlogs on Bilibili are generally more popular than her other videos, with a click rate possibly ten times higher — the highest click rate is over 200,000. Zhuo’s followers have increased significantly since she started her single living vlog series, hitting an increase of 20,000 to 30,000 people within one week in the early days.

Zhuo told Zaobao that many people are spending more time at home since the pandemic, and there is more interest in home living videos. Being forced to stay at home has limited what vloggers have to work with, while by comparison single living vlogs are easier and cheaper to shoot. Under the forces of supply and demand, single living vlogs are heating up online.

"Perhaps my parents’ generation wanted a stable life — a job and food on the table when they woke up in the morning. But for young people, all this no longer satisfies us. What we want is freedom, exploring the unknown, and seeking a sense of achievement.” - Zhuo Ma, 26, full-time vlogger

Zaobao understands that there is a complete industry chain for single living vlogs in China. Some dream-style vlogs have a professional team behind the scenes, where management companies hire good-looking vloggers, with a team that creates a luxurious living set and managers who contact vendors to arrange for product placement in an everyday setting.

Zhuo feels that the attraction of single living vlogs is that young viewers identify with them and feel that they are in good company. She says: “Viewers feel like they are not the only ones staying at home; that there are others like them and they are happy. Viewers therefore identify with and recognise their own lifestyle.”

Zhuo is herself an empty nest youth who left her hometown of Sichuan, and so she can well identify with viewers’ loneliness. But to her, an empty nest is not a bad thing; despite the occasional loneliness, most of the time she feels freedom and the energy of the big city, as well as looking forward to the unknown.

In 2018, she left a stable job in sales, and first became a vlogger and model in Shanghai before moving to Lhasa last year. Her parents wanted her to stay in Sichuan and get a stable job, but stability was precisely why she moved away.

“Young people today know better what they want, and are no longer willing to go with arrangements made by the previous generation," she says. "Perhaps my parents’ generation wanted a stable life — a job and food on the table when they woke up in the morning. But for young people, all this no longer satisfies us. What we want is freedom, exploring the unknown, and seeking a sense of achievement.”

Living alone is the same as being lonely

But not all empty nest youths are so positive about a life full of unknowns away from home. At the other end of the online world, 23-year-old Li Guannan watches a single living vlog on the train at night as he travels on a work trip, “pretending to live like the vlogger”.

Li left Xinjiang in 2016 to go to university in Beijing, where he later got a job in film and TV. In order to survive in the competitive industry, he works an average of 12 to 13 hours a day, and often has to travel for work. When work is at its peak, he might only eat a total of three meals and sleep for ten hours in a span of three days.

Last year, a shop selling grilled fish opened near Li’s home and he had wanted to go with friends on his off day. But he had to work for over ten days straight and when he finally got a day off he could not get anyone to go with him, and it was raining heavily to boot. “In the end, I went alone. The smallest grilled fish was about two kilograms, impossible for one person to finish. That feeling of eating alone was definitely the loneliest feeling.”

In October last year, Li moved out of the lodgings that he rented with strangers, into a small penthouse suite rented with friends, with a hall and two bedrooms. However, his slightly improved living situation has not assuaged his loneliness. The busier he gets, the more he watches single living vlogs on his phone.

"The videos broaden my life and give me a little more out of this life journey. Sometimes, I also feel that the experiences in the videos belong to me.” - Li Guannan, 23, film and TV industry worker

Li hopes to get information about everyday living from vloggers that he cannot get from friends, to improve his quality of life, while also mentally “replicating other peoples’ lives”.

He says busy urban life means that even with better living conditions, he does not have time to “enjoy life”, while the videos “broaden my life and give me a little more out of this life journey. Sometimes, I also feel that the experiences in the videos belong to me."

However, even amid the loneliness, Li has not thought of going back home, but has chosen to continue living alone in a high-pressure environment. For him, the appeal of freedom still outweighs the loneliness of single living.

He says: “If you stay at home, you have to go by your parents’ rules. If your habits clash with them, there will be some conflict.”

Since he does not plan to go home, what does he hope to achieve by staying in the big city? Li pauses before admitting: “I don’t have any goals, and I’m not sure if I’ll stay in Beijing. The only thing I’m sure of is that I’ll be living on my own for a long time.”

Related: A burning issue among Chinese youths: How to escape the rat race? | More young and single Chinese women buying properties in China's top-tier cities | Nationalistic and patriotic? Chinese youths are more than that. | How the 90s generation rules Chinese social media