Empress Wu Zetian of the Tang Dynasty presented her personal piece of clothing to Buddha as an offering. Taiwan art historian Chiang Hsun says this is a sign of that era's exuberance and confidence. Immersed in reverie, he admires his pot of gloxinias, which are as vibrant as the Empress's fiery red skirt.​ 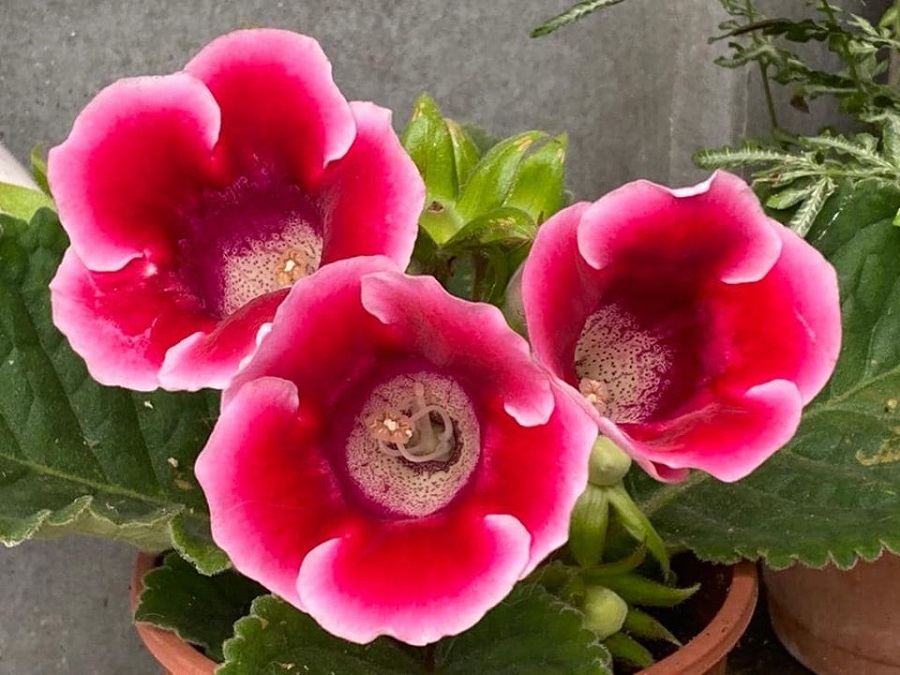 Grace Chong - 2 August 2022
Taiwanese commentator Chen Kuohsiang believes that China’s economy is under threat, with the unravelling of intertwining issues in the financial industry, property sector and government finances that cannot be easily resolved. How will China boost its investment-led economy, push down unemployment rates, and regain consumer and investor confidence?
Read more
Translated by Grace Chong on 4 June 2020

The potted gloxinia (Sinningia speciosa, a relation of the African Violet and originally native to Brazil) before me is in full bloom. The flowers are looking radiant: dressed in a deep and warm wine-red colour that fades as it nears the petals’ edge, they are soft and velvety to the touch. These are such brilliant and magnificent flowers, so full of life and vigour. I am reminded of the Tang dynasty, the beautiful era where phrases like “Vibrant flowers pave the paths surrounding Huang Siniang’s house, thousands of them bending the branches on which they bloom and grow” could be written.

Excavated from the underground palace of the Famen Temple (法门寺地宫) is a pure silk embroidered skirt that Empress Wu Zetian gave to Buddha as an offering. The skirt is in the colour of my gloxinias. I have not seen the original — it is currently the world’s lightest fabric and simply too precious. Only its picture is exhibited: the skirt’s colour is the exact shade of ravishing red that my gloxinia is.

Too much neo-Confucianism is but a bunch of “eight-legged” stereotyped dogmas — perhaps we must still return to the enthusiasm of the physical body?

Perhaps there is no absolute right or wrong when it comes to beauty. I admire the simple elegance of the people of the Song dynasty. Yet, being overly plain would rid life of its primal vitality. My eyes lit up when I saw Empress Wu use her personal piece of clothing as a gift to Buddha. I knew that signified a grand era of life’s exuberance and confidence.

The physical body can be such a passionate fiery red, but the rational brain becomes increasingly dulled and restrained by the day.

Too much neo-Confucianism is but a bunch of “eight-legged” stereotyped dogmas — perhaps we must still return to the enthusiasm of the physical body? As Du Fu writes in his poem Two Odes on Meandering River (《曲江二首》), “The butterflies fly through the bushes, and the dragonflies skim over the water”; the best part about Tang poetry is its expression of the body in freedom, and the fervour from life — it is not something that can be conceived by a brain that is cooped up in a study.

The passionate and sensuous red of the Tang dynasty can be seen in its textiles, ceramics, lacquerwares, and architectural beams. It can even be seen in women’s accessories. When gold plated, it becomes even more sophisticated and luxurious. It has been preserved in Japanese tradition up until today, plain for all to see.

A pot of gloxinia in full bloom transports me back to an era of beauty I yearn for. It also reminds me to not let simple elegance descend too quickly into the colourless and barren.