The road ahead for Chongqing (Part I): What would Raffles say?

In this two-part article, prominent Hong Kong commentator and columnist Yang Jinlin assesses Chongqing’s strengths such as its strategic location and expertise in smart city building and waste management while sharing his personal reflections on how the megacity has changed and will continue to grow as it moves from one decade to the next. Read about Raffles City Chongqing, a 2019 project by CapitaLand Limited, and Chongqing's web in this first part. 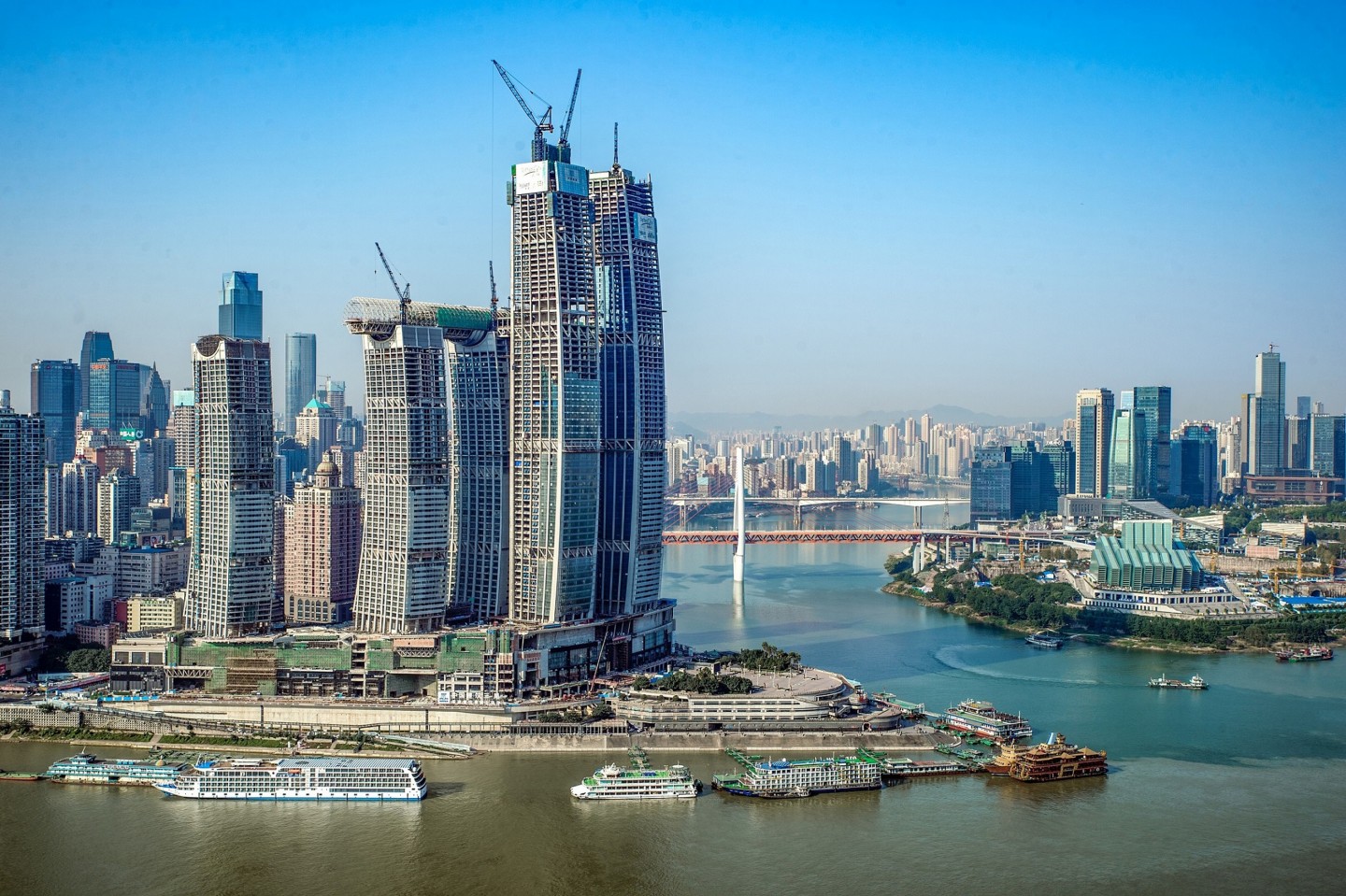 Grace Chong - 12 January 2022
The global chip shortage throughout 2021 prompted many tech companies to rely more on themselves. Coupled with the rise of artificial intelligence, demand for high-capacity chips has increased with tech companies and device makers racing to deliver smarter services and products. But the global semiconductor industry is also getting increasingly crowded, as more and more newcomers seek to gain a foothold in advanced chips to power new technologies.
Read more
Translated by Grace Chong on 16 December 2019

Recently, I embarked on a trip to Chongqing to study the municipality in great detail. The last time I subjected Chongqing to such scrutiny was ten years ago.

In 2009, Chongqing was a city that echoed “red songs” — revolutionary songs that praised the Chinese Communist Party (CCP) as part of the “red culture movement”. Over the last ten years, the highs and lows of Chongqing’s political situation was the focus of external attention. But in the economic realm, massive changes were brought about as well. Chongqing is no longer the same as it was ten years ago. In the span of a decade, Chongqing has achieved impressive results in its development.

What would Singapore’s Raffles say about his namesake in Chongqing?

A short flight of stairs and a short section of tracks are what’s left from Chaotianmen Dock’s past. Massive skyscrapers now sit atop the pier, a work of Singapore’s CapitaLand Limited, a real estate company. Its new name is Raffles City Chongqing. In Chinese, it reads chongqing laifushi guangchang (重庆来福士广场)*, which means prosperity to Chongqing, a pun on the name of Singapore’s founder, Sir Stamford Raffles (laifushi 莱佛士).

The level of acceptance towards Raffles City Chongqing is a rather complicated matter among the people of Chongqing.

Raffles’ full name is Sir Thomas Stamford Bingley Raffles (1781-1826). He was a great administrator and official of the East India Company who was recognised as the founder of modern Singapore. He spared no effort in advancing Singapore’s development, setting up a legal system, and mapping out a long term growth blueprint. His contributions and achievements have had lasting effects on Singapore, and transformed it from a backward fishing village into an important global commercial port.

Raffles City Chongqing has also become a brand name under CapitaLand’s real estate projects. This cultural landmark consisting of eight skyscrapers and a rooftop garden was originally named Chaotian Yangfan (朝天扬帆, setting sail toward paradise) due to its resemblance to a ship ready to set sail when admired from afar. The Raffles City Chongqing mall — the first component of the megastructure to be opened to the public — welcomed visitors in September 2019.

The level of acceptance towards Raffles City Chongqing is a rather complicated matter among the people of Chongqing. The skyscrapers created a buzz, but there was something that I can’t quite put my finger on. Some viewed the building of skyscrapers as bringing bad feng shui to Chongqing, with troublemakers seeing the skyscrapers as the culprit for the downfall of two party secretaries, and a deputy party secretary’s fall off a building. Of course, these can be dismissed as nonsensical remarks coming from the ground.

However, one should still seriously consider how Raffles City Chongqing can perfectly meld together with Chaotianmen Dock, Chongqing’s longstanding and thriving cultural landmark.

We visited the China-Singapore (Chongqing) Connectivity Initiative (CCI) exhibition hall located on the ground floor of Raffles City Chongqing. The CCI was launched in 2015, and is the third government-to-government project between the two countries. Located in the west of China, the CCI operates in Chongqing, one of China’s municipalities that is directly administered by the central government.

Singapore operates on a market economy and will not get involved in a losing business. I trust that it is the same with Chongqing.

As of August 2017, based on the various agreements that the Chinese and Singapore government have signed, a three-tier bilateral platform and a preliminary plan are gradually formed. With China pushing out 57 supportive policies and Singapore driving innovative measures like the “8+3”, the two governments have signed approximately 90 key projects, which totals nearly US$20 billion — the demonstrative effects, extensive reach, and driving forces of these projects are without doubt. As of 2018, three years since the official launch of the CCI, China and Singapore has signed a total of approximately 137 collaborative projects, amounting to US$21.9 billion, continually increasing the demonstrative effects and reach of these projects in western China.

On one hand, Singapore's connectivity plans in China's southwest region reflects the country's well thought-out strategy, while the international logistics hub, on the other hand, highlights Chongqing's ambitious plans for the southwest and northwest regions as well as the Belt and Road Initiative (BRI).

Originally named the CCI’s southbound channel, the CCI New International Land-Sea Trade Corridor (CCI-ILSTC) operates under BRI’s framework and runs through several key regions in western China, such as Guangxi, Yunnan, Guizhou, Sichuan, Chongqing, Gansu, Qinghai, Xinjiang, and Shaanxi. It utilises different modes of transportation like railways, shipping and highways, and stretches to several major ASEAN countries to its south, and with it, connects to Australia, New Zealand, Middle East, and Europe; reaches Northeast Asia, and North America to its east; and connects to Chongqing, Lanzhou, Xinjiang along the Trans-Eurasia Logistics route to its north. It is a passageway that organically connects the other external routes under the BRI, and helps fulfil China’s wishes to establish closer ties between its western region with Asean and other regional countries.

I teasingly asked our guide to give a keyword that would represent this hall. Without hesitation, she replied, “Opening up”. I laughingly replied, “It should be ‘Xi Jinping’.”

In an enormous exhibition hall of the Chongqing International Logistics Hub Park located at Guoyuan Port, I could see Chongqing’s rapid growth and enthusiasm in continually opening up and venturing out of Asia and into the world. According to local guides, cargo throughput of cargo freight companyTrans Eurasia Logistics is steadily rising, effectively proving that rumours of zero cargo on its return trips, and its operation at a loss are but “pure fabrication”. Out of politeness, I didn’t pry. I knew prying would not result in an answer that was even close to being authoritative. But from what I could observe — the endless stream of trucks present, the busy loading and unloading of goods onto trains — a stable growth should be an indisputable fact. Singapore operates on a market economy and will not get involved in a losing business. I trust that it is the same with Chongqing.

“Chongqing: Journey to new accomplishments” has become Chongqing’s slogan to the world. Its International Logistics Hub Park and the CCI, together with its virtually complete network that covers the entire globe has clearly shortened the distance between Chongqing and the world.

Before leaving the exhibition hall, I teasingly asked our guide to give a keyword that would represent this hall. Without hesitation, she replied, “Opening up”. I laughingly replied, “It should be ‘Xi Jinping’.”

Xi Jinping’s “favouritism” towards Chongqing is apparent in the places I visited and the things I saw in the exhibition hall over the few days I was in Chongqing. This can also be understood in terms of the high value that Xi has placed on Chongqing by way of initiatives such as the CCI; the construction of the International Logistics Hub Park; and the development of Chongqing into a smart city in recent years. The effects of these instructions can be seen all over Chongqing, leaving a deep impression on me.

The road ahead for Chongqing (Part II): What surprises will Chongqing bring?