Singapore vs Hong Kong: Who will benefit more with greater legal market opportunities from US-China competition?

In the context of China-US competition, US-listed China concept stocks companies may find it advantageous to get secondary listings on the Hong Kong or Singapore stock exchange. US companies may also veer towards Singapore and Hong Kong when it comes to international arbitration cases. In the final analysis, will Singapore or Hong Kong have the edge? 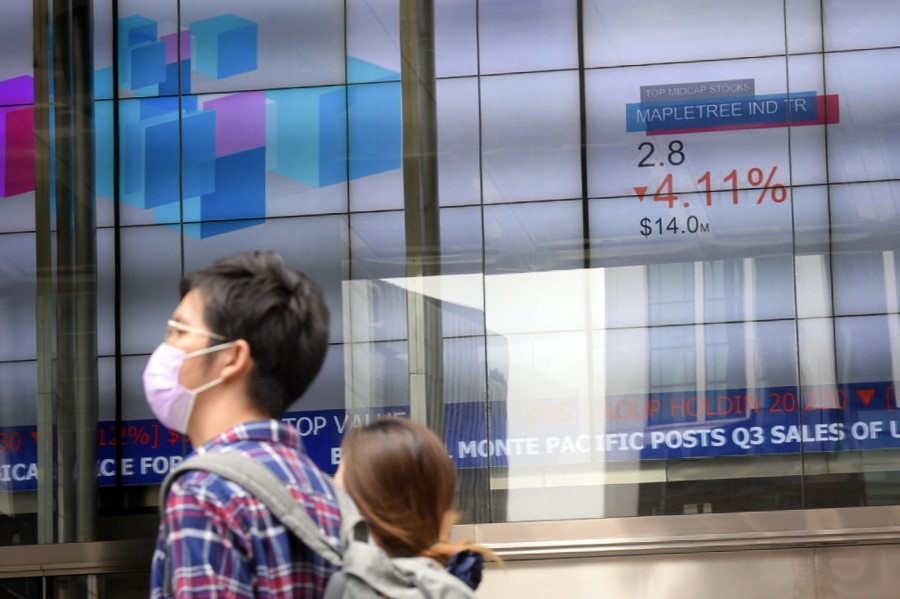 People pass an electronic stock board at The SGX Centre on 12 March, 2020. (SPH)

Grace Chong - 25 January 2023
With rumblings of US House Speaker Kevin McCarthy possibly visiting Taiwan in spring, Yang Danxu observes that this will not be the last we see of the “Taiwan card” being played by US politicians as they move into the second half of the current US presidency.
Read more
Translated by Grace Chong on 12 October 2020

With competition intensifying between China and the US, global politics and economics have entered a new and unprecedented chapter.

Many comparisons have been made between Singapore and Hong Kong in the past. Given the current global situation, will they face new challenges or new opportunities? In this article, we look at the capital market and international arbitration — two key areas in legal services — to analyse the issues.

In May 2020, the US Senate passed the Holding Foreign Companies Accountable Act. While the act has yet to be passed into law, it mentions the need for companies to disclose business and financial information to the Securities and Exchange Commission, and foreign companies which fail to comply with the Public Company Accounting Oversight Board’s (PCAOB) review of its audit reports three years in a row would be penalised. These are seen as new laws which could impact US-listed China concept stocks companies, even forcing them to delist.

We feel that the two most probable moves by these companies is to get a secondary listing to reduce trading volume in the US market and avoid triggering the act, or to privatise before getting listed on other exchanges.

Secondary listings on HKEX and SGX on the rise

We have observed that many US-listed China concept stocks companies are getting secondary listings on the Hong Kong Stock Exchange (HKEX), as IT giant Alibaba did in 2019. It must be noted that the Singapore Exchange (SGX) is also actively pushing for collaboration with Nasdaq — an agreement was signed in July 2020 to streamline the process for issuers seeking a secondary listing on the SGX, which might add to Singapore’s chips as a location for secondary listings.

Furthermore, some US-listed China concept stocks companies have adopted a variable interest entity (VIE) structure, and the HKSE’s acceptance of VIE structure gives them a clear advantage among this group. We feel that if the SGX can be more open to the VIE structure, that might increase its chances of attracting more companies to get listed in Singapore. Then again, besides continuing to get listed, some companies may consider new ways to gain financing through the capital market, such as real estate investment trusts (REITs), where Singapore’s strong performance is worth noting.

In the international arbitration arena, Singapore and Hong Kong have always been popular choices. Having similar advantages of an English-speaking environment, a strategic location in Asia, and world-renowned arbitration institutions, both countries are not only top choices for international arbitration, but have often been compared with each other. One of the core differences between both countries is their relationship with China: Hong Kong is a special administrative region of China, while Singapore is a country separate from China.

...the independence and neutrality of Singapore arbitration institutions might be more internationally recognised under the current circumstances than those in Hong Kong...

On the other hand, as China-US competition intensifies, US enterprises choosing between Singapore and Hong Kong as the seat of arbitration will be more cautious about picking Hong Kong. At the same time, as a result of recent unrest in Hong Kong and the measures already taken or might be taken by the Chinese government in response to the unrest, non-Chinese enterprises may be worried about whether Hong Kong arbitration institutions can still remain impartial when resolving disputes involving Chinese enterprises, especially state-owned ones in China.

Singapore and Hong Kong should also actively explore the possibility of cooperation in the capital market and private wealth management to learn from each other and achieve a win-win situation.

In conclusion, we think that although the China-US trade war has brought about new opportunities and challenges to Hong Kong and Singapore, from a capital market and international arbitration perspective, it will not cause fundamental changes in the relevant practice areas of both countries in the short term. From Singapore’s perspective, practitioners in relevant fields should continue to pay close attention to possible changes that the situation between China and the US could bring, and actively monitor emerging legal markets to prepare for possible opportunities. Besides that, we think that Singapore and Hong Kong should also actively explore the possibility of cooperation in the capital market and private wealth management to learn from each other and achieve a win-win situation.

Related: Alibaba’s Hong Kong listing: Why now? Why Hong Kong? | Governing Hong Kong: Beijing needs to tread carefully with the national security law | End of special status with US will have little impact on Hong Kong's financial industry | The fight over Hong Kong: Does it belong to China or the world? | US sanctions on Hong Kong: How far will they go?