Taiwanese stranded in Wuhan: When can they return?

Intransigence from the governments in Beijing and Taipei has kept a number of Taiwanese stranded in Wuhan, the epicentre of the Covid-19 outbreak. While views in Taiwan are split, academics have launched a petition calling for politics to take a backseat in the face of a humanitarian crisis. 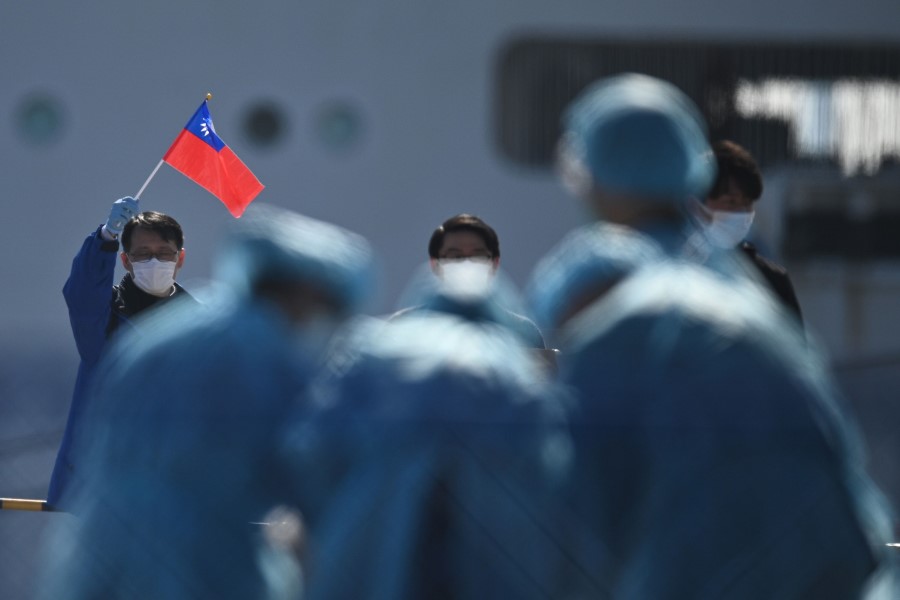 Candice Chan - 26 September 2022
Chinese President Xi Jinping’s trip to Kazakhstan and Uzbekistan highlights his bid to advance his vision of the China dream. This, however, will require changes in the global balance of power that countries around the world, including Southeast Asian countries, will find hard to manage. How will China proceed from here, and will it be able to win allies along the way?
Read more
Translated by Candice Chan on 2 March 2020

On 21 February, the first group of 19 Taiwanese tourists from the cruise ship Diamond Princess docked in Yokohama, Japan returned to Taiwan on a chartered China Airlines flight. In contrast, due to the intransigence of the Taiwan and mainland China governments, the Taiwanese stuck in Wuhan, Hubei remain clueless as to when they can return home.

For four hours on 24 February, the lockdown on Wuhan was lifted. But to prevent the 1,235 Taiwanese in Wuhan from flying back to Taiwan, Taiwan’s National Immigration Agency put them on a register, while the Civil Aeronautics Administration wrote to airlines to bar them from flights to Taiwan. The only exceptions were those on specially chartered flights and authorised individuals. These Taiwanese surely did not expect to be put on a blacklist by their own government.

Following last year’s China-US dispute and the anti-extradition protests in Hong Kong, swelling anti-mainland sentiments in Taiwan led to the re-election of president Tsai Ing-wen, while the Covid-19 epidemic has resulted in plummeting cross-strait relations.

During the Chinese New Year period, mainland China announced a lockdown on Wuhan to control the epidemic. Taiwan's situation was still unclear then. But when Vice President-elect William Lai suggested working with mainland China to combat the epidemic, he was derided by the Green camp. The internet community also called for the removal of Mainland Affairs Council (MAC) Minister Chen Ming-tong, when he suggested allowing the children of Taiwanese-mainland Chinese couples to return to Taiwan. Minister of Health and Welfare Chen Shih-chung even harshly said that people should be prepared to bear the consequences of choosing a nationality. As a result, many children of Taiwanese are separated from their parents in Taiwan.

In addition, even though the World Health Organisation has named the coronavirus Covid-19, the Taiwanese authorities and most Taiwanese media are still calling it the “Wuhan pneumonia”, an obvious show of their strong prejudice.

... mainland China arranged for a China Eastern Airlines chartered flight to send 247 people back to Taiwan, and it only gave Taiwan the list of names hours before departure.

Given that the Tsai administration does not acknowledge the 1992 Consensus — where both sides recognise that mainland China and Taiwan belong to “one China”, but each interprets the meaning of “one China” in their own way — cross-strait communication channels on a systemic level have been halted until now. The Taiwanese stuck in mainland China can only seek help from mainland China's Taiwan Affairs Office through Taiwanese business groups, while their family members in Taiwan are petitioning to the MAC.

Taiwan had wanted to send China Airlines to evacuate Taiwanese, to show its “country to country” relations with mainland China, but mainland China, which insists on the one-China principle, did not respond. It was only on 3 February that mainland China arranged for a China Eastern Airlines chartered flight to send 247 people back to Taiwan, and it only gave Taiwan the passenger list a few hours before departure. Taiwan had to accept the arrangement despite much resentment.

The next day, news exploded that there were “dozens of non-Taiwanese” on the chartered flight. Chen Shih-chung tearfully announced that there was a “confirmed case” on the flight. This drastically altered Taiwan’s attitude, and it immediately stopped subsequent chartered flights that mainland China had arranged. It also demanded that any future chartered flights would have to give priority to the weak and vulnerable, to allow inspections by Taiwanese personnel on board, to provide a name list to Taiwan for verification, and for discussions to take place either at the government to government level, or between Taiwan’s Straits Exchange Foundation and China’s Association for Relations Across the Taiwan Straits.

With that salvo, it was China’s turn to feel hard done by. After doing its best to send 250 people back to Taiwan and turning away three passengers during pre-flight checks, why was there still one confirmed case? Apparently, this confirmed case was never confirmed of diagnosis before the flight and neither was this person treated for Covid-19. But Taiwan insisted that the virus outbreak was a result of mainland China's careless ways anyway.

So far, medical experts have not confirmed the source and full characteristics of Covid-19. Among the cases in Taiwan, there was even a case of someone that was tested four times before they were confirmed positive. Thus, mainland China cannot be blamed for the passenger testing positive after arrival in Taiwan. As for the conspiracy theory that mainland China intentionally sent a sick person back to Taiwan, that is even more ludicrous. Besides, this confirmed case tested both negative and positive, and was under quarantine until 27 February. With the truth still unclear, the only ones to suffer amid mutual finger-pointing are the Taiwanese still in Wuhan who have no way of going home.

The epidemic has led to greater distance in cross-strait relations, and is a great irony for the democracy and human rights that Taiwan has always advocated.

The so-called non-Taiwanese on the chartered flight were actually mainland China spouses who had rights of residency in Taiwan. Compare this with Japan's actions to bring mainland Chinese spouses back to Japan, how would these non-Taiwanese spouses feel? Especially if they have thought of themselves as Taiwanese?

A hemophiliac boy and his mother who detoured from Jingmen in Hubei to Chengdu, to take an EVA Air flight back to Taiwan was rumoured online to be a “mainland Chinese through and through”. Netizens claimed they should not be accorded Taiwanese healthcare. The MAC had to clarify that the boy was the child of a Taiwanese-mainland Chinese couple, with “Republic of China” citizenship. We can imagine how cold and left in the lurch the two felt, making the long journey home.

Academia Sinica (Taiwan’s main research institution on the science and humanities) and some university professors recently started a petition calling on people not to use the epidemic as a front for discrimination, emphasising that there are no borders to epidemic efforts and help has to be timely. They said, “Regardless of views on the future of cross-strait relations, political regimes and the people should be considered separately." This is necessary to resolve the inherent thinking that preserving Taiwan means opposing mainland China. On the other hand, there is also rising hostility towards Taiwan in mainland China, and this a trend that requires much thoughts and attention as well.