A television series about Wu Zetian, the only female emperor in Chinese history, has Cheng Pei-kai reflecting about the semantics (read: politics) involved in the title bestowed on this charismatic figure. Did she live up to her many labels, or even more powerfully yet, was she really a character that defied any labels? History refuses to make a definite call. 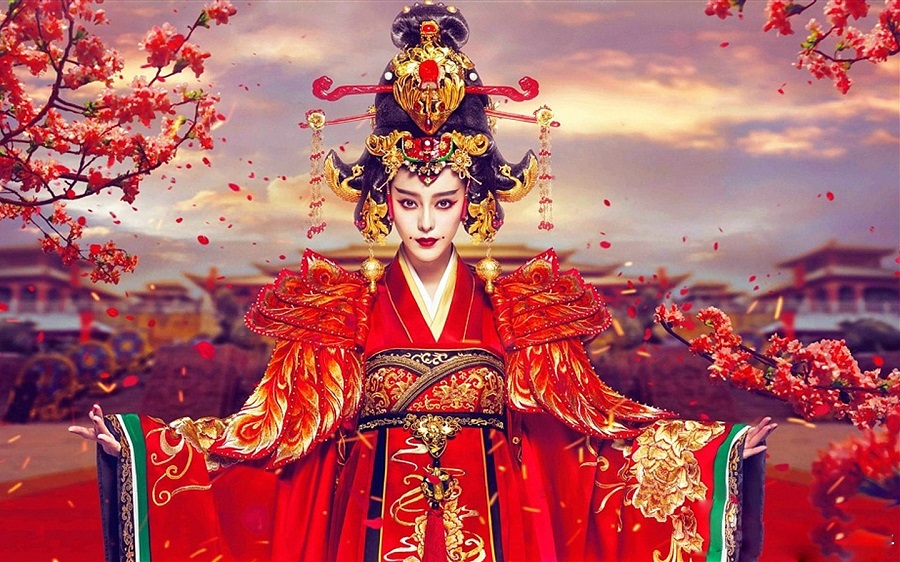 Grace Chong - 10 August 2022
Academic Ngeow Chow Bing takes stock of the "one China" policy of Southeast Asian countries, noting changes in interpretations over the years and their subtle differences from China's "one China" principle and the US's "one China" policy. He warns that US House Speaker Nancy Pelosi’s visit to Taiwan has exacerbated cross-strait tensions and could further limit Taiwan's international space in Southeast Asia.
Read more
Translated by Grace Chong on 2 July 2020

Recently, a hit television series The Empress of China (《武则天》) was the subject of great interest among my friends and relatives. They started discussing Wu Zetian and the social ethos of the Tang dynasty, offering quite a few reflections and thought-provoking comments.

A lady said that Wu Zetian played by Fan Bingbing was really beautiful and that her heart fluttered whenever she saw her on-screen; it was no wonder Emperor Taizong of Tang and his son were infatuated with her. Inevitably, the period went down in history as one ridden by scandalous courts and upheaval. The other actresses who played other members of the emperor’s harem were as pretty as peonies blooming at the end of spring, as passionate as pomegranate flowers in the early summer, as fragrant as peaches, and as sweet as the lo mai chi lychees of Lingnan.

Just to film a palace drama, so many beauties can already be rounded up. Imagine in ancient times when emperors chose their concubines from the general public to make up the emperor’s harem — the sheer selection of beauties available must have been enormous. In such a situation, can an emperor still remain upright and decent? Just think about it yourself: if you were the emperor and had so many goddesses around you all the time, would you still have the mood to govern the country? Would you be able to resist the temptation of beauties around you and not be bewitched by their sweet talk? Would you still look for truth and wisdom, remain righteous, guide and lead the nation to ensure stability and prosperity throughout the land? Strangely though, at the end of the day, why was Wu Zetian the only female emperor?

Someone asked: “What’s Wu Zetian’s real title?” Is it Empress Zetian, Emperor Zetian, or Empress Consort Zetian? Actually, this question has always troubled historians as it involves the code of ethics and the position of the Son of Heaven (a sacred imperial title of the Chinese emperor). Can names such as “emperor” or “son of heaven” be used so casually? The Bai Hu Tong (《白虎通》, a book compiled by court order during Eastern Han to explicate the meanings of the classics) gives a clear explanation: “Why is an emperor sometimes called the son of heaven and other times an emperor? When addressing the heavens, the emperor refers to himself as the son of heaven to demonstrate that he is serving the heavens under the heavenly mandate. When addressing his earthly subjects, he refers to himself as an emperor to proclaim his supreme title and the authority he has over them.”

And yet, the use of the title “empress” instead of “emperor”, as if leaving room for future generations to discuss it, betrays the historian’s reluctance and ambivalence towards naming her an “emperor”.

In other words, the emperor abides by the will of heaven; the ruler of the world has been given the heavenly mandate to govern. If we say that Wu Zetian was an empress, it would seem as if we wanted to hide the fact that she had legitimately ascended the throne to become emperor. If we say that she was an emperor, it would be going against the traditional Chinese belief that an emperor should be a male. On the other hand, if we call her Empress Wu, we would be side-stepping the question and trying to find a way out.

Ouyang Xiu played a trick in his book New Book of Tang (《新唐书》) by rearranging the order of the emperors’ biographies. He first listed the biographies of Emperors Gaozu, Taizong, and Gaozong, and said in Biography 4: “Wu Zhao, also named Empress Consort Zetian Shunsheng (则天顺圣武皇后), and Emperor Zhongzong of Tang.” Clearly, he was even more reluctant to dedicate a full chapter to Wu Zetian, and unwilling to let her leave a mark in history as a legitimate emperor of the Tang dynasty.

As the saying goes: “The family is about to be destroyed when the hen is heard crowing at the break of dawn.” This implies that the country would come to ruins if a female leader comes to power. Yet, it is a historical fact that Wu Zetian was an emperor who enjoyed a long reign. You can’t possibly remove her biography, or try to tamper with the records after her biography has been recorded. So how should we go about doing this? An explanation has got to be given, right?

Thus, Ouyang wrote the following “eulogy” — not in the least bit a proper tribute — for Wu Zetian:

“When Confucius wrote the Spring and Autumn Annals (《春秋》) that bred great fear among the corrupt, he recorded the details of the people who had killed the emperors and usurped the throne. These people had committed great crimes by seizing the throne and Confucius did not hide these facts. Did he do so to disclose their crimes and not conceal historical facts?

“Sima Qian and Ban Gu had both written about Empress Gao of Han (Empress Lv, Emperor Gaozu of Han’s empress), who had dominated the political scene although she did not try to usurp the throne. This historical fact was faithfully recorded by both Sima Qian and Ban Gu — did they do so because they had the same mindset as the sage? Or was it a coincidental similarity with the Spring and Autumn Annals?

“The ancient history of the Tang dynasty had inherited this trend and given Empress Wu (Wu Zetian) a biographical record alongside other emperors. There is a longstanding historical basis behind this.”

Of all the terrible things that she has done, male emperors have done them all and were even more ruthless than her. Yet, few male emperors can match up to her strengths, beauty, intelligence, decisiveness, and ability to outsmart her opponents.

The implication of this long paragraph is actually very simple: when one writes about history, one mustn't only write about good people. The deeds of bad people have to be documented as well to act as a warning to future generations. Empress Lv of the Han dynasty was also given a biographical chapter in historical texts. Although she did not seize the throne, she dominated the political scene and was thus a thief. Empress Wu was clearly worse — she usurped the throne and claimed herself the emperor. She stole the country and was a total villain.

It is perhaps very liberating for safe-keepers of ancient moral and ethical concepts from all around the world to chastise women and ask that they be accountable for ruining the country with their beauty. However, it is difficult to rebuke such an intelligent woman like Wu Zetian. Of all the terrible things that she has done, male emperors have done them all and were even more ruthless than her. Yet, few male emperors can match up to her strengths, beauty, intelligence, decisiveness, and ability to outsmart her opponents.

But Wu Zetian was not only a “wise female emperor” — she was a wise emperor in her own right, and a marvel in Chinese history at that.

While Zhao Yi wrote extensively about Wu Zetian’s misdeeds in his Accounts of the 22 Historical Records (《廿二史札记》), saying that she was a woman who brought about misfortune and who ruthlessly killed without batting an eyelid, he admitted in the end that Empress Wu was an outstanding talent and strategist who governed the country well. In his words, Wu Zetian was able to “place people in their most suitable positions, and hold sole authority over the land. It can be said that she was indeed a wise female emperor.”

But Wu Zetian was not only a “wise female emperor” — she was a wise emperor in her own right, and a marvel in Chinese history at that.

Related: A return to the physical body and the exuberance of the Tang dynasty | Chiang Hsun: How great a mark of rebellion it is to hold an ink brush