Tug of war: Taiwanese businesses in China tussle with decoupling and integration 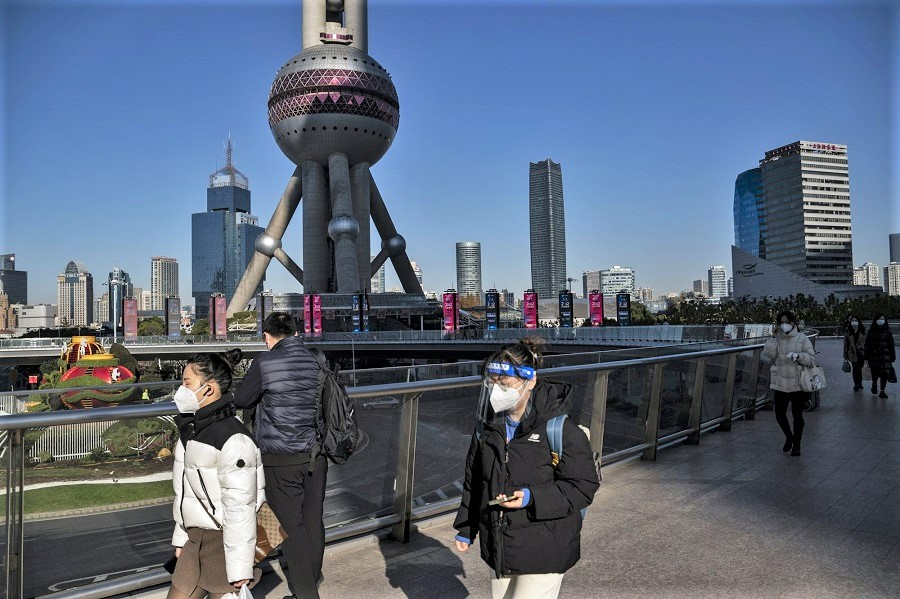 Pedestrians in the Lujiazui financial district in Shanghai, China, on 20 December 2022. (Qilai Shen/Bloomberg)

Grace Chong - 30 January 2023
In the last of a six-part series on hiking in Hong Kong, cultural historian Cheng Pei-kai shares the wonders of Hong Kong’s hiking trails. As he rediscovers the hidden splendour of Ma On Shan on a difficult hike, he marvels at the ingenuity of the gods, keeping the pristine away from the evil world. Only the most determined will glimpse unparalleled beauty.
Read more
Translated by Grace Chong on 29 December 2022

In this tug-of-war, experts believe that while Taiwanese businesses are shifting their production lines, they will also not give up the mainland’s domestic market. Following more integration with mainland enterprises, there will be an increasing number of Taiwanese enterprises that will become “new mainland enterprises” (新陆商).

Since the start of the China-US tech and trade wars, Taiwanese media have often reported on Taiwanese businesses in the mainland moving their production lines and supply chains to Southeast Asia. Coupled with tense cross-strait relations and the impact of the pandemic, Taiwanese enterprises have also reduced their investments in the mainland.

Based on the latest statistics released by the Investment Commission under Taiwan’s Ministry of Economic Affairs on 20 December, Taiwan made a total of 330 approved investments in the mainland between January and November 2022, a decrease of 14.95% year-on-year, with the total investment reaching US$4.486 billion, a decline of 6.39% year-on-year.

However, between January and November 2022, investment in the two areas dropped by 26.01% and 29.1% year-on-year respectively. In contrast, the professional, scientific and technical services industry, which accounted for Taiwan’s third highest amount of investments in mainland China, saw a 156.1% year-on-year increase.

Going public in the mainland

The mainland Chinese government has also been actively encouraging Taiwanese businesses to invest and go public in the mainland.

During the “2022 Annual Summit for Entrepreneurs Across the Taiwan Strait” on 20 December in Xiamen, Pan Xianzhang, deputy director of the Taiwan Affairs Office of the State Council, said that nine new Taiwanese enterprises were listed in the mainland in 2022, bringing the total to 58.

He added that the mainland will continue to promote cross-strait economic and cultural exchanges and cooperation, and deepen cross-strait integration and development in various areas. He also urged Taiwanese entrepreneurs not to miss the development opportunity in the mainland for the next 30 years to come.

Are Taiwanese businesses decoupling from or integrating with the mainland?

... cross-strait economic relations seem to be oscillating between the two extremes of decoupling and integration.

Professor Wang Hua and assistant professor Lin Zirong of Xiamen University’s Graduate Institute for Taiwan Studies pointed out in a paper published this year that the development of cross-strait economic relations is highly dependent on the division of labour and cooperation between the two economies in the global value chain. This has resulted in Taiwanese businesses’ high involvement in China’s “international circulation” but low involvement in “domestic circulation”.

In an interview with Lianhe Zaobao, a Taiwanese businessman said that the mainland’s low cost of production used to be the main draw for traditional Taiwanese manufacturing businesses. However, with production costs in mainland China increasing, export-oriented Taiwanese businesses were already shifting production lines to Southeast Asia long before the China-US trade war.

He added that while this trend became more prominent after the China-US trade war, Taiwanese businesses did not leave altogether, especially when domestic demand remained high in mainland China. Although profits have been affected by the pandemic over the past two to three years, many people are still willing to stay in mainland China and work on domestic circulation.

Huang Chien-Chun, head of the Committee of Mainland Chinese Economic Affairs at the Chinese National Federation of Industries (CNFI), said that Taiwanese companies in mainland China are mainly OEM exporters that have started shifting their production lines since the China-US trade war began in 2018, as sectors such as high-tech industries and traditional manufacturing have faced pressure from Europe and US markets.

However, according to information from CNFI, Huang observed that Taiwanese businesses in mainland China are facing a changing investment climate, and only a small proportion have chosen to pull out. Even in the most targeted technology sector, investments have dropped not more than 20-30%.

He also mentioned that in recent years, while surveying Taiwanese businesses returning to Taiwan, the Overseas Chinese and Foreign Investment Commission of Taiwan’s Ministry of Economic Affairs has found that mainland China has invested in or held shares in these Taiwanese companies.

He noted, “According to Taiwan’s laws, these Taiwanese businesses have become mainland China-invested companies.” Hence, these “new mainland enterprises” will grow in numbers.

... amid geopolitical changes, the “one earth, two worlds” business model has taken shape for Taiwanese enterprises...

Overall, Huang believes that amid geopolitical changes, the “one earth, two worlds” business model has taken shape for Taiwanese enterprises, and the investment model has gone from “the first phase of benefiting from all sides, to the second phase of being caught in the middle, and now to the third phase of laying plans in all directions”.

He noted that Taiwanese companies with the capabilities would not give up the mainland China market, but would lower the proportion of their investments given the geopolitical risks, and move resources into other countries, thus gradually forming a “China+1” investment model. Meanwhile, the shifting of supply chains could take shape in the next five to ten years.

This article was first published in Lianhe Zaobao as “学者：受地缘政治及疫情封控影响 大陆台商在脱钩与融合两极间摇摆”.