US-China relations: Can we pin our hopes on future generations?

While views of China remain largely negative in the West, US academic Zhu Zhiqun finds one bright spot — the young who appear more receptive to alternative views of China. Will their openness help to improve the state of US-China relations? 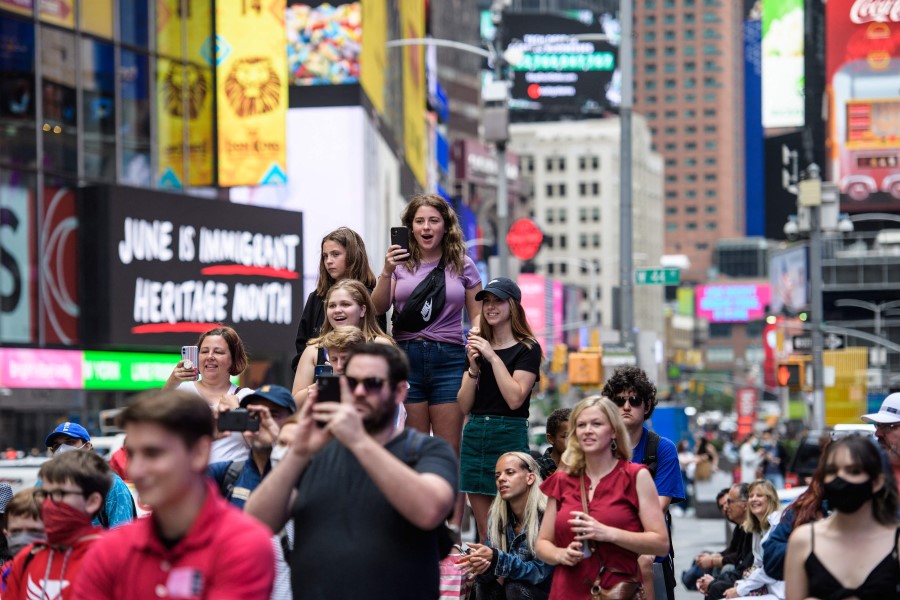 Candice Chan - 20 September 2022
Li Cheng, director of the John L. Thornton China Center of the Brookings Institution, notes that well-educated and professionally capable military technocrats are prominently represented in the PLA leadership, and this trend is set to continue after the 20th Party Congress. What contributions will this new corps of military technocrats make as Xi Jinping heads into a likely third term?
Read more
Translated by Candice Chan on 16 June 2021

When Deng Xiaoping visited Japan in 1978, he reportedly said something about the controversial Diaoyu/Senkaku islands to his Japanese hosts to this effect: the next generation will have more wisdom, and I am sure that they can find a way acceptable to both sides to settle this issue. When relations between China and some Western countries are strained now, one wonders whether we can rely on the young people today — future leaders of the world — to fix the problems and get those relations in better shape.

“The period that was broadly described as engagement has come to an end,” Mr. Kurt Campbell, the Biden administration’s top policy coordinator for Indo-Pacific affairs, declared at a recent event hosted by Stanford University. He added that instead, “the dominant paradigm is going to be competition”. Indeed, competition continues to intensify at all levels, from trade to technology, and from national security to global leadership.

The Biden administration’s emphasis on competition, rather than cooperation, has strong domestic support. There is bipartisan consensus in the US Congress to be tough on China. Politicians from the Republican and Democratic Parties hardly agree on anything in a highly divided America today; but one of the very few things that unite them is the perception that China is the greatest threat to American interests, and that the US must push China back. The US Congress continues to pass bill after bill to boost US competitiveness vis-à-vis China.

Interestingly, young Americans tend to have a more positive view of China. A Pew Research Center survey in March 2020 finds that though attitudes toward China are falling among all age groups in the US, millennials — those born roughly between the mid-1980s and late 1990s — are the most positive toward China.

As growing numbers of Americans become ambivalent about cultural and educational exchanges with China and as 55% of Americans support limits on Chinese students at US universities, among people aged between 18 and 29, only 31% support such an idea, based on a Pew Research Center survey published in March 2021.

The generally more positive attitude toward China among young Americans is echoed in other Western countries. According to the Transatlantic Trends 2021 published on 7 June by the Bertelsmann Foundation and the German Marshall Fund, Westerners aged 18 to 24 in 11 transatlantic countries (Canada, France, Germany, Italy, the Netherlands, Poland, Spain, Sweden, Turkey, the UK, and the US) hold more positive views of China than their elders, standing out from a generally negative perception of China.

Despite the doomy picture, what is encouraging is that the younger generation in the West are more likely than the older generation to have a more balanced view of China, which offers some hope for the future.

The report found that over half the 11,000 people surveyed saw China as a rival and had a negative view of its global influence, but that young people had a more positive attitude. “Across all countries in the survey, a plurality have a negative perception of Beijing’s influence in global affairs,” the Transatlantic Trends 2021 said.  “In Canada, the US, Germany and the UK, younger respondents hold a remarkably cooperative view on their country’s relationship with China.” In both Canada and Germany, 42% of people between the ages of 18 and 24 saw China as a partner, compared with their respective national averages of 27% and 28%.  In Britain, 29% of young people considered China a partner, compared with the national average of 20%, while in the US, 25% aged 18 to 24 considered China a partner, compared with just 15% of the wider American public.

How do we interpret these trends? It is clear that the views of people toward China in many Western countries have become increasingly negative, and the majority support a tougher stance toward China on issues such as human rights and cybersecurity. The changing perceptions of China also demonstrate the collective anxiety of the Western world about recent developments in China, a non-Western, non-democratic rising power that does not share their values or follow their rules.

Given such strongly negative public opinions in the West, it will be wishful thinking that China’s relations with the West can improve in the near future, and US-China relations in particular are likely to continue to deteriorate.

Young people may have more diverse sources of information

Despite the doomy picture, what is encouraging is that the younger generation in the West are more likely than the older generation to have a more balanced view of China, which offers some hope for the future.

The older generation typically get the news in traditional ways from reading the newspapers and watching TV. Their knowledge of the world including China is heavily shaped by Western media that tend to be biased and highly critical of China. When was the last time they have heard or read anything positive about China from the media?  So it is not surprising that they tend to have a dark view of China.

...they [the young people] have not failed to notice China’s impressive achievements in many aspects such as improving infrastructure and eliminating poverty, in contrast to their own governments’ inability or inefficiency to deal with such chronic challenges.

And it is not surprising either that Republican-leaning adults in the US hold even more negative views of China since they tend to rely on China hawks such as Peter Navarro or Mike Pompeo and conservative media such as Fox News as their major source of information. If you are constantly fed with anti-China rhetoric, it’s hard for you not to become paranoid about China.

The younger generation grew up in the digital age and are more cosmopolitan in this complex world. Their sources of information are more diverse. Young people are also more likely to challenge the authorities, who may not always tell the truth or the whole story. Many young Americans and Europeans have direct experience of interacting with their peers from China at school or at work. As a result, their views of China tend to be much broader, more nuanced, and more balanced. They are also critical of many of China's policies, but they seem to realize that China is a society under great transformation, with both positive and negative developments. For example, they have not failed to notice China’s impressive achievements in many aspects such as improving infrastructure and eliminating poverty, in contrast to their own governments’ inability or inefficiency to deal with such chronic challenges.

Today’s young people are future leaders of the world. If they can see the world more objectively and less ideologically and treat China’s rise as both a challenge and an opportunity, then there is hope that China and the West may be able to handle their differences in a more constructive way. Both Western countries and China should encourage more interactions among the young people so that they can understand each other better, focus on common interests, form the habit of cooperation, and work together to address bilateral and global challenges.

Related: Chinese academic: How the West's perception of China plummeted in 2020 | From ‘wolf warrior diplomacy’ to ‘lovable China’ | Americans should not oversimplify China into a few sensitive issues | China stories: Let’s not always focus on the negatives