When the virtual world is fairer: Why more youths are addicted to gaming

Technology specialist Yin Ruizhi examines the psychology of getting into “the zone” when playing games and the comfort of being immersed in a more egalitarian world. 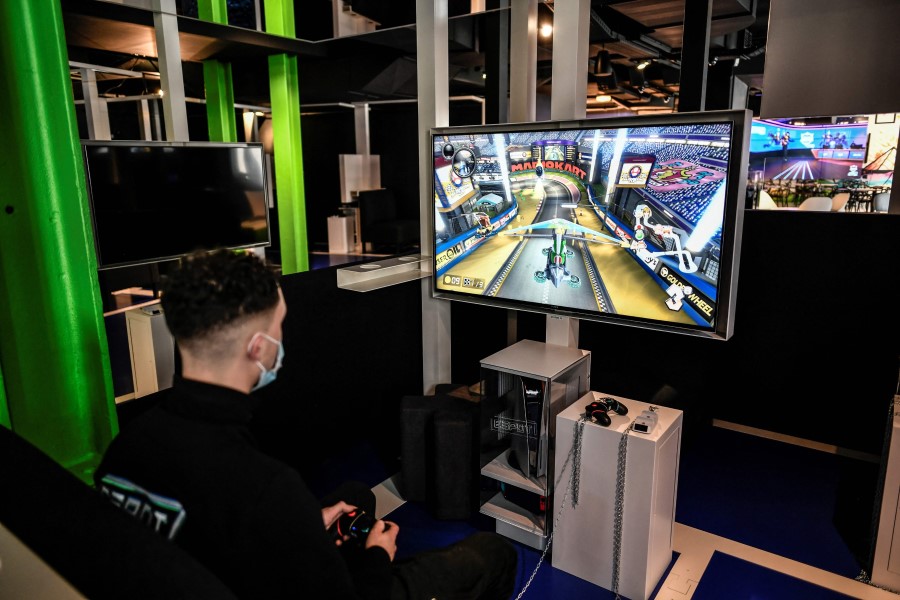 An employee plays a video game at the Espot gaming centre in Paris, on 31 May 2021. (Stephane de Sakutin/AFP)

Candice Chan - 28 September 2022
Hong Kong Baptist University academic Jean-Pierre Cabestan notes that Chinese President Xi Jinping will have his work cut out for him in his anticipated third term. Apart from domestic and international challenges, Xi faces opposing views on the way forward for China’s future. This is the third in a series of four articles on President Xi Jinping and the road ahead.
Read more
Translated by Candice Chan on 28 June 2021

Gaming is addictive, and usually has a bad influence on people, especially those who are not yet adults. Many articles today criticise the social threats of gaming addiction, but there is little discussion as to why games are addictive.

The addictiveness of games is based on two things. One, targeting human nature, or what is called “flow”, or “the zone”. Two, the social factor of fairness.

The “zone” refers to that sense of total concentration and focus when we block out everything while performing a task. When that happens, you feel that time does not exist. And when the task is complete, we feel energised and satisfied. Very often, when we are doing something challenging that we like and that we are good at, we easily get into the zone, like mountain climbing, swimming, ball games, gaming, reading, playing an instrument, and even when working.

To get into the zone, the task being performed has the unique characteristic of being just at the limit of one’s abilities. If it is too easy, there is no challenge and one would be bored; if it is too difficult, one would give up because they cannot see hope. Games are an “arena” that is designed based on this mechanism. Games are adjusted to various difficulties and levels, to keep the difficulty at the limit of players’ ability. At the same time, games have settings to collect various data to quantify and evaluate game performance, so that the player has a clear reference in expanding the limits of their abilities, and it is easier for them to improve.

Such settings can keep people in the zone for extended periods, and players’ skills in the game naturally grow the more time they put into it. And so, players generally do not hold back on the amount of time they spend on the game, which others see as a form of addiction.

As problems such as high property prices, generational poverty due to high educational costs, and social stratification get worse in the real world, these virtual worlds where participants get to be on par with their peers while in the zone become extremely attractive.

The social factor of game addiction is a byproduct of the zone. First of all, we need to understand what kind of society makes games more addictive. The answer is: a society with a large rich-poor gap, and where there is a big difference between people’s economic status.

A fairer society in a make-believe world

With technological improvements, the complexity and richness of today’s games have gone far beyond the era of blockish Tetris. Since the time of World of Warcraft, many games have been moving towards an independent virtual world that runs parallel to the real physical world. As problems such as high property prices, generational poverty due to high educational costs, and social stratification get worse in the real world, these virtual worlds where participants get to be on par with their peers while in the zone become extremely attractive. This is also the fundamental reason for an easily overlooked but crucial change in the gaming industry that has been happening since 2015.

But after 2015, the most profitable games all worked on the premise of “paying for passion”, where users do not get stronger in the game just because they have money; players can only get stronger by continuing to invest time to hone their skills.

Right now, the most popular and profitable game on the planet has to be Honor of Kings, which was launched in 2015 by Tencent Games. Before this landmark game came on the scene, the general profit model for games was “pay to win”, where people paid the gaming platform to upgrade faster for stronger capabilities in the game. But after 2015, the most profitable games all worked on the premise of “paying for passion”, where users do not get stronger in the game just because they have money; players can only get stronger by continuing to invest time to hone their skills. Game profits come from everyday consumer items in the virtual world, such as outfits. The game world becomes a “fair” virtual world, and people are willing to spend on ordinary items here because they love their character and the role they play in this virtual world.

In general, games addiction can cause serious social problems, but the complexity of addictiveness is often overlooked. Plain criticism of games and gaming addicts with no real understanding of the complex social reasons behind game addiction is meaningless and futile.