Why is Beijing flexing its military muscle over Taiwan airspace amidst the novel coronavirus crisis?

Taiwan is not the only intended audience for mainland China’s most recent spate of fly-bys over Taiwan airspace. In extraordinary coronavirus times when the government’s authority is being questioned, Beijing flexes its military muscle. 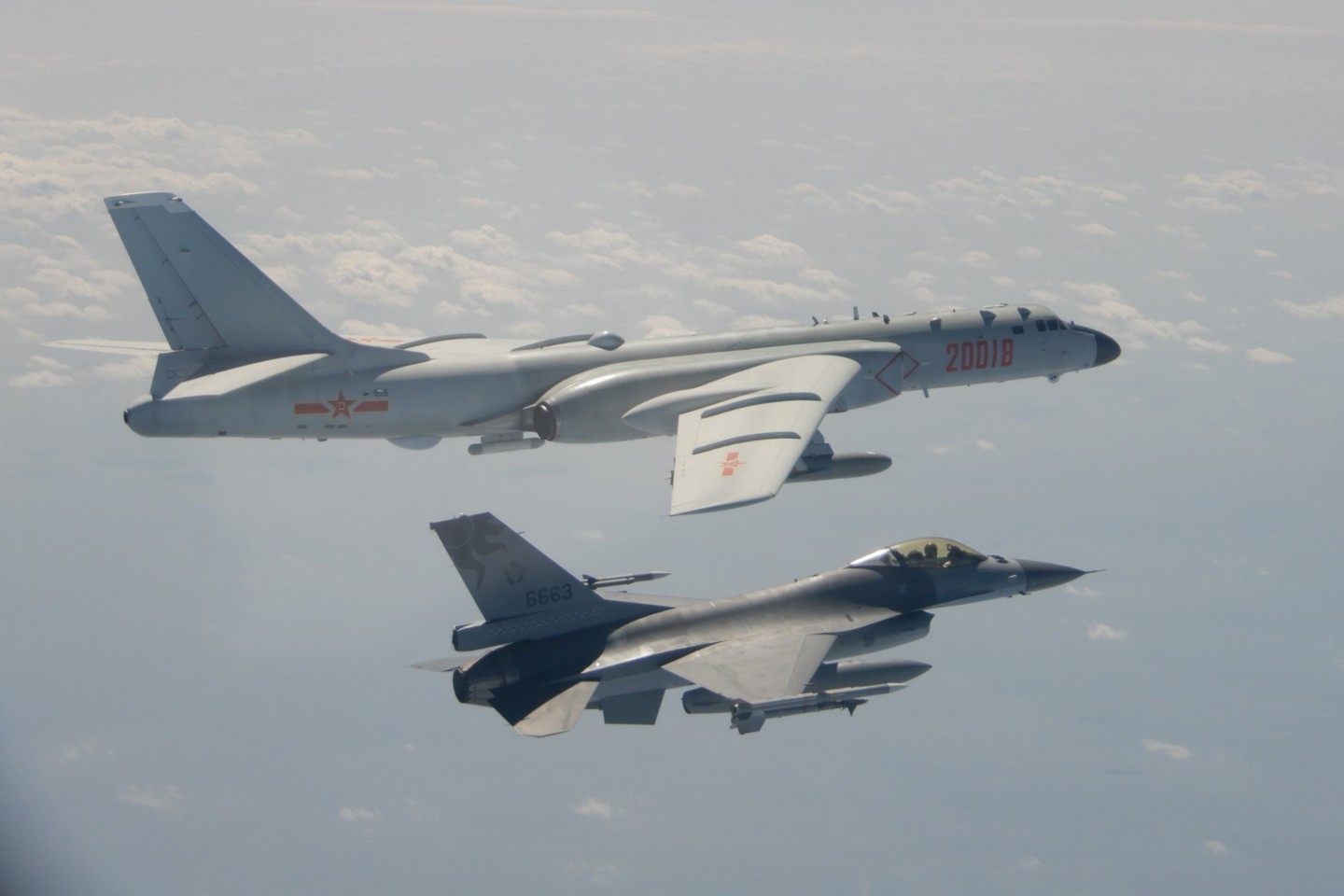 Grace Chong - 30 January 2023
Amid ongoing tensions, a high-level visit by US Secretary of State Antony Blinken to China in the coming week shows hope for improved relations between the two economic powerhouses. Zaobao correspondent Yu Zeyuan notes that while the meeting may not produce practical results, it is a much needed exchange to manage and control China-US relations from worsening.
Read more
Translated by Grace Chong on 11 February 2020

Despite being preoccupied with tackling the 2019 Novel Coronavirus (2019-nCoV) outbreak, mainland Chinese military aircraft crossed the median line of the Taiwan Strait and entered Taiwan airspace twice in the last two days.

Analyses point out that mainland China’s aims for doing so during such a sensitive time are twofold: one, to divert the public’s attention away from its handling of the outbreak, and two, to show the international community that the People’s Liberation Army’s (PLA) combat readiness has not been affected by the epidemic.

In a statement released on 10 February, Taiwan's Ministry of National Defense said that the People’s Liberation Army Air Force (PLAAF)’s H-6 bomber planes flew over the Bashi Channel and into the Western Pacific Ocean at around 10 am, before returning to their bases via the same route. In the process, the escorting planes briefly crossed the Taiwan Strait median line and entered Taiwan's airspace, but later retreated to the western side of the line after Taiwanese military aircraft (F-16 fighter planes) intercepted them and issued multiple radio warnings.

This is the second time in 24 hours that mainland China’s military planes encircled Taiwan. On 9 Feb at 11 am, J-11 jet fighters, KJ-500 early warning aircraft and H-6 bombers had flown the same route as part of their long-distance training session. The last time that the PLAAF crossed the Taiwan Strait median line was on 31 March 2019.

Tsai Ing-wen, incumbent and re-elected president of Taiwan, criticised the mainland’s encirclement of Taiwan as “meaningless and unnecessary” in a time when “they should be working hard to contain the spread of the coronavirus outbreak” instead.

Ma Xiaoguang, mainland China's spokesperson of the Taiwan Affairs Office of the State Council said yesterday that the exercises of the PLA were to “safeguard national sovereignty and territorial integrity”. He pointed out that the Democratic Progressive Party (DPP) has continued to make separatist comments regarding the “two Chinas” ideology, and made new moves for “Taiwan-US collusion” to seek independence. He warned that these were blatant and dangerous provocations, and urged the DPP not to “play with fire”.

As the 2019-nCoV swept across the world over the past couple of weeks, cross-strait relations became increasingly tense as well. Not only did the DPP seek to join the World Health Organisation (WHO) with the support of the US, Canada, and Japan, it also maintained a strong stance on issues such as mask export bans and evacuation of Taiwan businessmen in Wuhan in chartered planes, upsetting Beijing in the process. Besides this, Taiwan's Vice President-elect, William Lai Ching‑te, also visited the US last week for personal reasons. During his time there, he met with officials from the National Security Council at the White House, further upsetting the mainland as a result.

Faced with Beijing’s show of military might, Tsai Ing-wen, incumbent and re-elected president of Taiwan, criticised the mainland’s encirclement of Taiwan as “meaningless and unnecessary” in a time when “they should be working hard to contain the spread of the coronavirus outbreak” instead. The Mainland Affairs Council in Taiwan urged Beijing to immediately stop its military confrontation aimed at inciting nationalistic sentiments and being a distraction from the epidemic at hand.

“As an old saying goes, ‘One shouldn’t sing in the alleys when another is holding a funeral in his house.’... When others are in a crisis, there’s no need to do even more things that will upset them.” - Professor Wang Kung-yi, Chinese Culture University

However, according to a commentary published yesterday in United Daily News (《联合报》), a newspaper that supports the pan-Blue coalition, Taiwan is thinking too highly of itself if it believes that the mainland’s military exercises at this point in time are in response to the discord between both sides as a result of the virus outbreak, or William Lai’s visit to the US. The commentary said that the encirclement of Taiwan is a display that the PLA’s military power is not weakened by the outbreak, and a declaration that Xi Jinping’s military orders and power structures are not affected as well.

Yang Kai-huang, director of the Cross-Strait Research Center at Taiwan’s Ming Chuan University told Lianhe Zaobao that it was necessary for the mainland to take a position in response to Taiwan’s recent actions, given the surge in nationalistic emotions in certain Chinese quarters. However, he considers this as “messing around” that offers no practical meaning.

Wang Kung-yi, a political science professor at the Chinese Culture University in Taipei, told us that while the mainland’s military exercises are directed at the DPP as a warning against overstepping the boundary, it is also a means of easing its people’s frustrations. However, he pointed out that should the DPP maintain its strong stance on issues such as gaining membership in the WHO, tensions in cross-strait relations will only continue to grow. He said, “As an old saying goes, ‘One shouldn’t sing in the alleys when another is holding a funeral in his house.’... When others are in a crisis, there’s no need to do even more things that will upset them.”

Although Taiwan and the mainland have reached a stalemate in Taiwan’s bid to join the WHO, a minor breakthrough was achieved yesterday. It is hopeful that Taiwan will be able to join the WHO’s coronavirus forum in Geneva under the name of “Taipei” via video conferences today (11 Feb) and tomorrow (12 Feb). However, Taiwan’s foreign affairs ministry expressed that it will continue to fight for its chance to send a representative to attend the forum in person right until the forum starts.

As of 10 Feb, Taiwan has seen 18 confirmed cases of the 2019-nCoV, out of which two persons infected have since recovered. In view of the virus’s expanding global spread, Taiwan announced yesterday that it would temporarily close its borders to residents and students from Hong Kong and Macau starting today.

Taiwan will be participating in WHO's coronavirus forum in Geneva in an online capacity under the name "Taipei" .