Contrary to speculation that China may have abetted or has much to gain from the situation in Myanmar, Hong Kong academic Enze Han says that it is actually the party with the most to lose. Moreover, any playing up of a great power tussle between the US and China only hurts Myanmar in the long run. 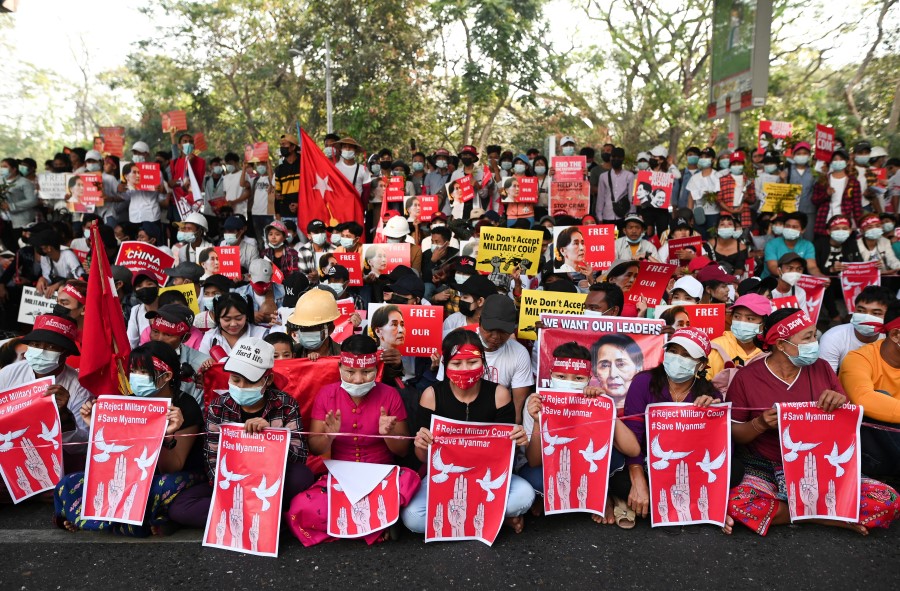 Candice Chan - 29 June 2022
Over the past couple of years, there has been an influx of migrants from Hong Kong to the UK. Communities have been forming in various cities, such as London and Manchester. And as Hong Kongers find jobs and settle in, the British way of life rubs off on them. But underneath all that, they remain Hong Kongers at heart.
Read more
Translated by Candice Chan on 22 February 2021

The recent regime change in Myanmar has caught the international community off guard. While everyone is in shock at the deterioration of the political situation within the country, the international media has directed its attention to China, Myanmar’s biggest neighbour to the north. Inevitably there has been speculation about whether the Chinese government was involved in the military coup and/or how this sudden regime change would benefit China etc. To say that China wants to see this coup in Myanmar is illogical if we look at the comprehensive economic and strategic interests China has in the country and the risks that this coup could bring. In fact, one could argue China is now the biggest external loser from the coup.

First, we need to see why the allegation that Chinese government supports the military coup is false. The Chinese government never condemns any regime changes in the world because of its non-interference foreign policy principle. Therefore, Beijing did not support the use of explicit language in condemning the military coup in the recent United Nations Security Council statement. However, the statement did call for Aung San Suu Kyi to be released, for human rights to be fully respected, and for there to be continued support of the democratic transition in Myanmar. From such language, we should be able to infer that the Chinese government in fact does not like the military coup. Indeed, the Chinese ambassador to Myanmar has explicitly said that “the current development in Myanmar is absolutely not what China wants to see” and called for a peaceful resolution of the problems between different parties in Myanmar.

China’s interests in Myanmar under threat

Unlike most western countries, the US included, China has tremendous amounts of economic as well as strategic interests in Myanmar that are now at a huge stake. As the largest trading partner for Myanmar and also the second largest source of FDI into the country, China has invested extensively in a series of projects tied to the Belt and the Road Initiative (BRI) that the Chinese government has been promoting for the past decade. Where Myanmar is concerned, China has a specific interest in having access to the Indian Ocean and has oil and gas pipelines in operation linking the Bay of Bengal with China's Yunnan province. Furthermore, Myanmar under the NLD has signed onto the China-Myanmar Economic Corridor that will promote further trade and transportation links between the two countries. This is exactly why China does not want to see the political instability in the country with domestic disturbances in a form of civil disobedience protests as well as possible international sanctions put on Myanmar.

Such high stakes mean a strong sense of anxiety in Beijing for how China should respond. But Beijing is in a difficult dilemma. As we said earlier, Beijing cannot openly condemn the military government. So what waits to be seen is how the Chinese government can help broker some kind of dialogue and negotiation between the military government and the NLD. It was mentioned in a recent statement by the Chinese ambassador that China supports mediation efforts by ASEAN and the special envoy of the UN secretary-general on Myanmar. Chinese Foreign Minister Wang Yi has further stressed the importance of an ASEAN-led approach towards solving the crisis in Myanmar, but so far we have not seen details of how exactly ASEAN can help change the Myanmar military’s minds.

It is also certain that Chinese diplomats are trying to influence both the military and NLD to find a solution. But the question remains whether Beijing has such access or capacity to influence the unpredictable military junta. On the other hand, there is the danger that inaction would leave China as a target of blame, which leads to the possibility that Chinese investments and ethnic Chinese people would come under attack by an angry Myanmar public, a scenario that has had historical precedents.

In the current situation, it seems all the effort the Chinese government has spent during the past five years in PR campaigns to improve its image within Myanmar society has gone to waste.

Indeed, strong anti-Chinese sentiment is now coming out in the open. Already, there are rumours circulating online about planes from China landing in Myanmar with telecommunication equipment to put up a great firewall in the country’s internet; this was later clarified to be shipments of seafood. There were also pictures of Chinese soldiers and tanks patrolling the streets of Myanmar. One possible conspiracy theory is that the Myanmar military is stoking anti-Chinese sentiment so as to turn public attention towards an external foe.

In fact, blaming external foes when there are internal woes has been a common tactic by the Myanmar military for the past half-century. In the current situation, it seems all the effort the Chinese government has spent during the past five years in PR campaigns to improve its image within Myanmar society has gone to waste. Its existing economic and strategic interests in the country are seriously at stake if this public animosity continues. This is why I would argue China is the biggest external loser from Myanmar’s military coup. To save itself from this deteriorating public opinion amid the abundance of anti-China rumours on social media, the Chinese embassy in Yangon must be more proactive in their communication with the Myanmar public about what the Chinese government thinks of the political situation.

In fact, if the current political crisis is portrayed as great power competition between China and the US and if Beijing comes to perceive anti-military resistances as a plot at China's loss, then Beijing will perhaps decide to defend the military.

Finally, the framework that portrays what is happening in Myanmar as great power competition between China and the US is extremely dangerous and counterproductive. In fact, if the current political crisis is portrayed as great power competition between China and the US and if Beijing comes to perceive anti-military resistance as a plot at China's expense, then Beijing will perhaps decide to defend the military. Such an outcome obviously is not what ordinary people in Myanmar want to see. Therefore, for the Myanmar public, if people continue to accuse China as the “evil force” behind the military junta, and to openly demand to kick out the Chinese and their companies, these actions would inevitably antagonise Beijing.

If that happens, I think the Chinese government might be pushed into a corner and even support the military as the force that might defend its interests in Myanmar. This is an outcome that is neither in Beijing nor the Myanmar public’s interests. Ultimately, people should be wary of the changing perception by Beijing of what is happening on the ground.

Instead of shaming Beijing, which rarely works, the best strategy is to plead with Beijing and to call on Beijing to side with the Myanmar people in a language that Beijing would like to hear. Play up to Beijing’s ego as a responsible great power for why China should support Aung San Suu Kyi and the NLD government, which would in fact pay off quite handsomely if people genuinely want China to play an active role in bringing its pressure to bear on the military. This is a crucial point and needs to be emphasised. There is limited value to unintentionally provoking Beijing which might lead to worse consequences for Myanmar’s democratic movement. The stakes are very high for all the parties concerned, and people need to tread carefully to find a solution that best serves the public interest in Myanmar.

Related: Myanmar: Why the US lost to China a long time ago | Myanmar coup and the future of geopolitics in Asia | India needs a united, democratic Myanmar outside China's strategic orbit. Can that happen? | Wang Yi’s Southeast Asia tour: How China woos Southeast Asia in view of US-China competition