Why is China moving to curb the RMB’s sharp rise?

The People’s Bank of China (PBOC)'s announcement that it will raise the reserve requirement ratio (RRR) for foreign currency deposits by 2% confirms that it will intervene decisively when necessary to prevent a sharp appreciation of the RMB. Too much is at stake: with raw materials in short supply, the RMB’s appreciation will not reduce imported inflation and may at the same time affect exporters. 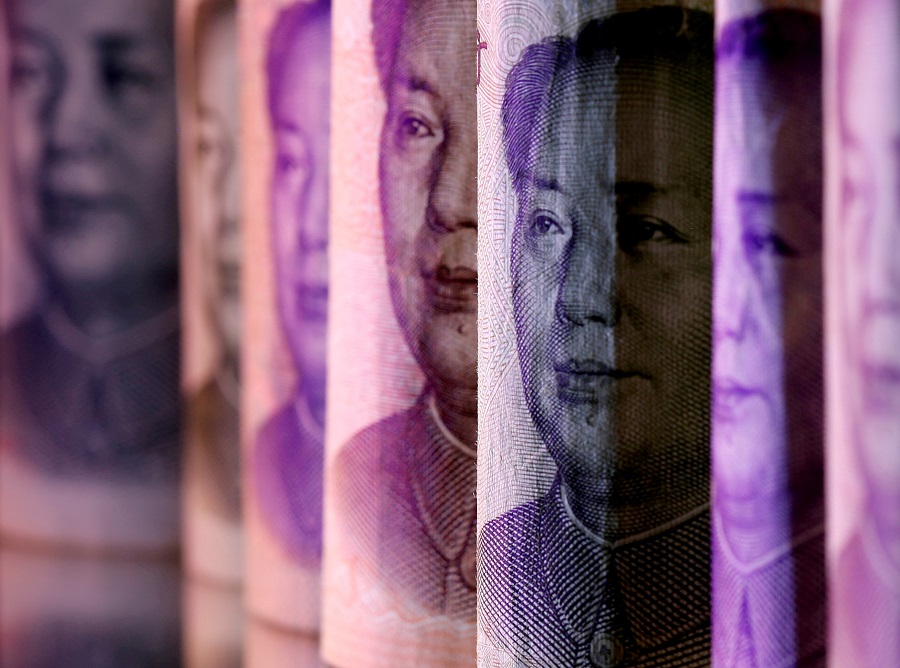 Grace Chong - 11 January 2022
Chen I-hsin asserts that the US is no longer in a position to facilitate cross-strait talks, given that China’s national strength has increased considerably and the US is no longer seen as a neutral arbiter. Moreover, the “two states” theory which Taiwan’s ruling party seems to support leaves little room for dialogue, rendering any pressure from the US futile.
Read more
Translated by Grace Chong on 2 June 2021

On 31 May 2021, the People’s Bank of China (PBOC) made a brief announcement that shocked the financial market.

The statement said that from 15 June, the PBOC will raise the reserve requirement ratio (RRR) for foreign currency deposits by 2% — from the current 5% to 7% — to strengthen the liquidity management of foreign currencies in financial institutions.

Such deposits are sums of money that financial institutions keep in the PBOC to protect the needs of customers when they withdraw deposits or clear funds. Increasing the RRR of foreign currency deposits implies that banks must now deposit more foreign currency in the PBOC, reducing the supply of US dollars and other foreign currencies on the market and also alleviating the strong appreciation pressure of the renminbi (RMB).

The last time the PBOC adjusted the RRR of foreign currency deposits was in May 2007, when the RRR was raised by 1% from 4% to 5%. Compared with the first time the RRR was adjusted, the increment this time is clearly larger.

Apart from the weakening US dollar index, China’s strong export market and high returns on domestic assets have also accounted for the surge in RMB exchange rate.

The PBOC’s rare move of using a tool that has not been used for the past 14 years is aimed at curbing the recent surge in the RMB exchange rate.

Since April this year, the RMB exchange rate has been rising against a weakening US dollar. On 26 May, China’s onshore RMB hit a new three-year high and traded at 6.40 versus the dollar, and at 6.37 two days later. The offshore RMB even broke through the 6.36 mark against the dollar on 31 May.

Apart from the weakening US dollar index, China’s strong export market and high returns on domestic assets have also accounted for the surge in RMB exchange rate. On the other hand, the prices of international bulk commodities such as steel have skyrocketed this year, and there has been increasing calls for a revaluation of the RMB to combat imported inflation, especially when personnel of the PBOC make such comments.

Zhou Chengjun, director of the PBOC’s Finance Research Institute, said at a meeting in April that the RMB is likely to appreciate against the dollar over the medium and long term. Zhou said, “We have to admit that under the condition of yuan internationalisation, we can’t manage the yuan exchange rate. The central bank will eventually give up the exchange rate target.” His comments were made public on 19 May and have since been interpreted by the market as the PBOC relinquishing control and allowing the RMB to appreciate significantly.

Two days later, Lv Jinzhong, head of research at the PBOC’s Shanghai branch, wrote an article on WeChat official account China Finance (《中国金融》) suggesting that exchange rate flexibility could be enhanced and that rising commodity prices and imported inflation could be offset through an appropriate appreciation of the RMB. Although this article was quickly taken down, the market still believed that the authorities were keen on pushing up the RMB exchange rate, which further accelerated the appreciation of the RMB.

In response to the rapid rise of the RMB exchange rate, Liu Guoqiang, deputy governor of the People's Bank of China, quickly said that it would maintain a stable RMB exchange rate at a level which was reasonable and balanced. A few days later at a national conference on regulating foreign exchange markets, similar points were made about the unsuitability of exchange rates as a tool and the ineffectiveness of depreciation in stimulating exports as well as the inability of appreciation to offset rising prices on big ticket items.

In an interview with Xinhua on 30 May, Sheng Songcheng, former head of the Financial Survey and Statistics Department at PBOC, warned that the rapid appreciation of the RMB will not last and is not in line with economic and financial trends within and outside of China, and will have no impact on commodity prices. On the same day, the PBOC-backed Financial News also ran a commentary on four factors that could drive the RMB’s depreciation, such as a recovery-driven rise in the US dollar and the US Federal Reserve rolling out loosening measures.

Rapid appreciation of RMB last thing on the authorities’ minds

The attempt by regulators and media to manage market expectations shows that the Chinese authorities do not favour rapid appreciation. With raw materials in short supply, RMB appreciation will not curb price rises and may even make exporters less competitive. Besides, the herd mentality in the market might spark panic exchange settlements among companies, leading to large amounts of hot money flowing into the domestic market and spoiling the authorities’ macro regulation.

Despite the authorities’ frequent “cooling” rhetoric, market expectations for an appreciating RMB remain high, and PBOC had to bring out its long-unused foreign exchange reserve rates to temporarily stem the jump in the RMB. The RMB fell against the US dollar at the close of the day yesterday, with the onshore RMB exchange rate down 0.24% from the previous day and the offshore exchange rate also down slightly by 0.06%.

Guan Tao, chief economist of Bank of China Securities, said this round of adjustments sent two important signals: one, the PBOC will not allow the RMB to appreciate too quickly and will intervene decisively when necessary; and two, when it does intervene, it will hit hard.

This will help to cool the market from its excitement.

However, PBOC’s recent statements and actions signal that in the short term at least, the authorities will not leave it completely to the market to decide on the exchange rate, much less use the exchange rates to calibrate import and export prices.

China still needs to tread carefully in its post-pandemic economic recovery, and the internationalisation of the RMB is still an important task.