There is an unwritten rule in the Chinese Communist Party leadership for Politburo members to stay on at 67 years old and retire at 68. But the average age of the representatives at the upcoming 20th Party Congress is higher than the previous session five years ago, with more members aged 55 and above. Is this a signal that age does not matter and other criteria would take priority? Zaobao correspondent Yang Danxu tells us more. 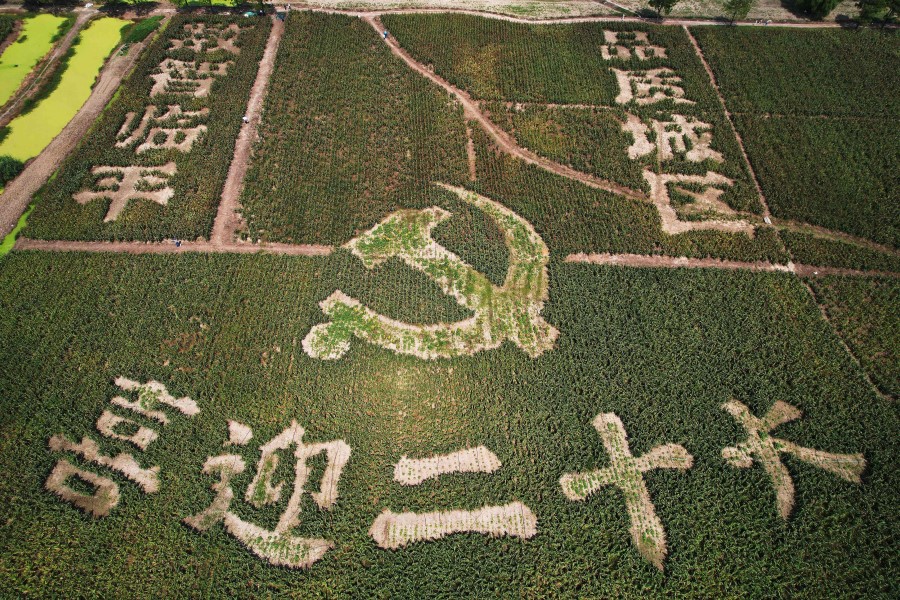 Candice Chan - 28 November 2022
Often referred to as the world’s economic “canary in the coal mine”, South Korea has seen its economy tumble over the past year, impacted by external factors such as US interest rate hikes and signs of recession in key trade partners. The accumulation of domestic factors — currency crisis, tumbling stock market and rising inflation — is also hitting the South Korean economy hard. However, this industrial powerhouse has the domestic means to climb out of the doldrums.
Read more
Translated by Candice Chan on 28 September 2022

On 25 September, the Chinese authorities announced the names of the 2,296 delegates attending the 20th Party Congress of the Chinese Communist Party (CCP).

The delegates were selected from 38 districts and government branches to represent over 96 million CCP members. Besides the 31 provinces, municipalities and autonomous regions, the delegates also represent central government agencies, central state agencies, the People’s Liberation Army (PLA), the People’s Armed Police, the central financial network, the central business network in Beijing, and an independent unit that includes the All-China Federation of Taiwan Compatriots, and the central government’s labour commissions for Hong Kong and Macau.

On 26 September, state media Xinhua interviewed the head of the Organisation Department of the CCP Central Committee to get a sense of the selection process and makeup of the representatives of the 20th Party Congress.

... the representatives this time around are older, with an average age of 52.2, or 0.4 years older than the 19th Party Congress.

As in past practice, most of the representatives will be cadre leaders at the department and bureau level and above, including some 300 members and alternate members who will form the next CCP Central Committee. Meanwhile, production and frontline workers will make up a third of the representatives.

Some analysts believe that this overall increase in age — in particular in the over-55 age group — signals that age is no longer a factor, and that the older group could hold on to their positions.

The chapter on “Party Officials” in the CCP Constitution states: “[The Party] shall endeavour to develop a contingent of officials that is more revolutionary, younger, better educated, and more professional… The Party attaches great weight to the education, training, selection, assessment, and oversight of its officials, and considers the training and selection of outstanding young officials to be of particular importance.”

However, in terms of selection and appointments, the CCP has also said that it wants to rectify the tendency to pick people solely based on votes, scores, production value and age. With age no longer a factor, the young but exceptionally capable would be elevated, while older cadres may also be promoted and put in key positions.

Age previously played a big role in whether or not cadres stayed in their positions. At the 16th Party Congress in 2002, except for Hu Jintao who took over as CCP general secretary, the remaining six members of the Politburo Standing Committee from the 15th Party Congress all stepped down. The youngest was 68-year-old Chinese People's Political Consultative Conference chairman Li Ruihuan. Since then, there has been an unwritten “age limit” for changes in the CCP leadership, where members stay on at 67 years old and retire at 68.

However, Wang, who was already 69 years old then, ultimately stepped down and did not enter the 19th Central Committee of the CCP. Although he became China’s vice-president in March 2018, he did not break the customary retirement age of 68 for the party’s top leaders.

Among the current Politburo members, Wang Chen, Liu He, Xu Qiliang, Sun Chunlan, Yang Jiechi and Zhang Youxia have reached or passed the age of 70, and are likely to step down from the Politburo after the 20th Party Congress. Yang Xiaodu, Chen Xi and Guo Shengkun have also reached the retirement age of 68.

... the CCP’s top leader is expected to enter his third term in office after the 20th Party Congress. Thus the outside world believes that under special circumstances, leaders past the age of 68 may retain their positions if there is a need for them to do so.

However, will the customary retirement age of 68 be firmly adhered to or broken? Following the 19th Party Congress, Xinhua ran an article (《领航新时代的坚强领导集体——党的新一届中央领导机构产生纪实》) describing the criteria and process of leadership selection. The article stressed that CCP and national leadership was not an "iron seat” or “iron hat” — referring to a permanent position — and one might not be renominated even if the age requirements were met. Survival depended on political performance, integrity and the needs of the job; one could stay or move, or go up or down.

At the 19th Party Congress, there was already a precedent of a Politburo member who had not reached the age of 67 stepping down from his post. Meanwhile, the CCP’s top leader is expected to enter his third term in office after the 20th Party Congress. Thus the outside world believes that under special circumstances, leaders past the age of 68 may retain their positions if there is a need for them to do so. 69-year-old Chinese State Councilor and Foreign Minister Wang Yi, for instance, is seen as a likely candidate to succeed Politburo member and director of the Office of the Central Commission for Foreign Affairs Yang Jiechi.

If this happens, it would imply that age is still a factor but exceptions can be made to the customary retirement age of 68. This would give the CCP more flexibility and manoeuvring space in personnel appointments.

But with the relatively low level of institutionalisation and transparency, the extent to which these arrangements reflect the will of different members of the upper echelons, demonstrate the considerations and judging criteria of the higher ups, and show their decision making process, will remain a question to the outside world.