Singapore’s oldest Buddhist monastery, the Lian Shan Shuang Lin Monastery, is set for a fresh round of restoration works. Its bell and drum towers, which are in severe disrepair, will be rebuilt at an estimated cost of $7 million, and will open to the public by the second half of 2022. 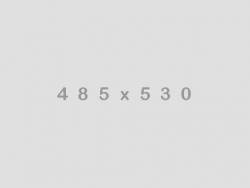 Since 1991, the Lian Shan Shuang Lin Monastery in Singapore has been carrying out restoration works on its various halls. Following the post-renovation reopening of the Dharma Hall (法堂) and sutra library (藏经楼) in November 2016, what remains to be restored are the bell tower and drum tower, rising up on either side of the Mahavira Hall.

The currently run-down towers will be rebuilt at an estimated cost of $7 million, and are expected to be restored to their former glory by the second half of 2022.

A patchwork of building styles from Southern China

The towers were first built in 1907 in the traditional Fuzhou style, with their trademark upward-sweeping curvature on the roof corners, reminiscent of phoenixes about to take flight. However, following renovations in the 1930s, the curvature was significantly reduced. According to the monastery’s records, the last time the bell and drum towers were physically modified was in 1975.

Shuang Lin Monastery abbot Venerable Wai Yim said: “As far as possible, this renovation will be done according to the earliest remaining images of the monastery. There were no architectural blueprints left of the original buildings , so we have to rely on photos taken over the past century, and draw the blueprints from scratch. We hope to restore it to the old-style, traditional Fuzhou look.”

The century-old monastery is unique in that it is the only one in Singapore that is constructed in the style and layout of  a Han Buddhist temple, and incorporates architectural elements from Fuzhou, Quanzhou, Zhangzhou, and Chaozhou, embodying the uniqueness of Singapore’s diverse migrant society.

Over the past century or so, the various repairs and modifications carried out on the bell and drum towers have changed their original appearance. Even the materials used are different, for example, using cement in place of wood. However, the original materials of stone and wood will be used in this next round of reconstruction.

The century-old monastery is unique in that it is the only one in Singapore that is constructed in the style and layout of a Han-style Buddhist temple, and incorporates architectural elements from Fuzhou, Quanzhou, Zhangzhou, and Chaozhou, embodying the uniqueness of Singapore’s diverse migrant society.

These different styles are what make Shuang Lin Monastery unique, which might have to do with its history. The monastery traces its roots to Xichan Monastery in Fuzhou’s Mount Yi, and its first abbot was Venerable Xian Hui from Hui’an in Quanzhou, Fujian province. The land to build the monastery was given by philanthropist and businessman Low Kim Pong, originally from Nanjing in Zhangzhou.

It’s all about delicate woodwork in architecture and decorations

Mr Chuang Shaw Boon, head of the restoration committee, said 110 tonnes of tropical hardwood have been ordered as raw material for the restoration of the towers. This wood, known as Chengal Pasir in Malay, comes from Pahang and Kelantan in Malaysia.

Mr Chuang added that it took two years to find the wood, which was purchased in 2018, and it had to be dried naturally before use.

The craftsmen from Tainan, led by Wang Rongshan, began work on 18 April 2019, in  a rented 5000-sq-m wood factory in Sungei Kadut. Mr Wang, who was previously involved in the reconstruction of the Dharma Hall and sutra library, is in charge of “opening” or deploying the material (开料), as well as all the wooden structures of the bell and drum towers, including the pillars, beams, and roof.

Fifty-five year old Mr Wang explained that deploying the material means deciding where each piece of wood goes. With his 40 years of experience, he looks at their size, length, and grain pattern, and decides if they will be part of a pillar or beam, or used for decorative carvings. And as the structure of traditional buildings employ the mortise (卯) and tenon (榫) method of joining, it is important to decide where to have the joints, as it would affect the durability of the building and joints.

Mr Wang said Fuzhou-style buildings have steep curves and sharp inclines, which looks good when completed but is difficult to craft. Also, a lot of wood is used in the process.

Other Fuzhou features of the bell and drum towers include using wood pieces shaped like water caltrops (or buffalo nuts) to form the roof covering over the front terrace. This elegant feature is also seen in Fuzhou’s Xichan Temple in Mount Yi, and Yongquan Temple in Mount Gu.

At the same time, Shuang Lin Monastery has also shipped a container load of wood to Tainan, for another group of carvers to work on 52 decorative hangings, which will be sent back to Singapore to be assembled.

In Fuzhou architecture, the beams and pillars are blockish, while the decorative hangings are a combination of being blockish and rounded. Shuang Lin Monastery features two types of hangings: the flower basket style, and the hanging flower style. The open petals in the latter design are also gently curled, complementing the upward curve of the roof ridge.

A group of craftsmen from Quanzhou will also come to Singapore to do delicate carving work. Mr Chuang says the exterior walls on the ground floor of the bell and drum towers each features ten pieces of clay carvings , but they are severely damaged and the team is still considering how to restore them.

Another difficult job is recreating the carved wooden panels on the second floor of the towers, the monastery's most intricate features. The panels carry beautiful images fitted out of wood strips, such as a basket of peonies symbolising prosperity, and a collection of three halberds in a container symbolising quick promotion. It takes true skill - and a lot of time - to produce such detailed traditional handcraft.

This article was first published in Lianhe Zaobao on 25 July 2019.