ISEAS academic Tham Siew Yean notes that it is a win-win situation for Sarawak and China to co-develop dams and produce hydropower for domestic use and export. However, more can be done to safeguard environmental sustainability standards, especially if China means to change its image as a sustainability laggard. 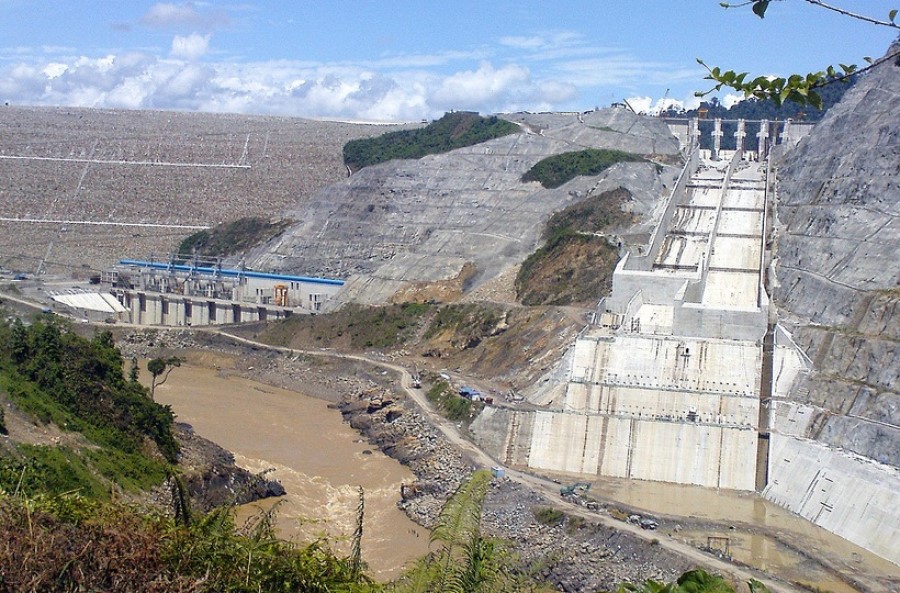 Candice Chan - 30 January 2023
A mall in Shenzhen came under fire for putting up white lanterns with black text as part of its Chinese New Year decorations, while an “ugly” rabbit-shaped light decoration was removed from another mall in Chongqing. Academic Zhang Tiankan muses on tradition and innovation, and the evolution of traditional decorations.
Read more
Translated by Candice Chan on 5 May 2022

China’s involvement in hydropower development is driven by push and pull factors. Push factors include China’s belief that hydropower can be harnessed for development and that the country’s capacity and knowledge in dam-building can be exported. Malaysia and in particular Sarawak’s draw, is its green energy ambitions focussing on hydropower production for itself and for export. These aims dovetail nicely with China’s outward strategies, enabling the latter to become an important partner in its hydropower development.

There are currently three large hydropower dams operating in Sarawak, and a fourth is being built. Japan was engaged in the construction of the first dam — the Batang Ai Dam which was commissioned in 1984. China has been involved in the three subsequent dams, including Baleh Dam which is currently being constructed. The Chinese state-owned enterprises (SOEs) involved are Sinohydro, Three Gorges, Gezhouba and Yellow River Engineering Consulting.

Bakun Dam, the first project with China’s involvement, predates the launch of the Belt and Road Initiative (BRI) in 2013, and offers interesting insights on mega dam construction in Sarawak. It was first mooted in the 1960s, but numerous challenges dogged the construction of this dam, from technical, economic, political, legal and regulatory, to social issues.

Although initiated by Australia, pressures from green and human rights groups over the inevitable relocation of the longhouse communities as well as massive cost overruns led to the withdrawal of Australian interests from the project.

The Chinese then took over the project, with Sinohydro which is part of PowerChina, managing to bring it to completion. Sinohydro was established as a state-owned hydropower project contractor in the 1950s, and has participated in the construction of China’s large- and medium-scale hydropower projects.

It established a joint venture (30% Sinohydro and 70% Sime) with Sime Engineering Berhad, which is part of Sime Darby, a government-linked company, for the Bakun project, building the dam as part of an engineering, procurement and construction (EPC) / turnkey contract.

The project, with an official cost of RM7.4 billion, was funded by federal and state agencies including Exim Bank, China’s official export credit agency that funded most of China’s overseas dams.

Work on a second dam, the smaller Murum Dam, was started in 2008, and its first generator was commissioned in December 2014. The Murum Dam is the second hydroelectric project (HEP) to be developed by Sarawak Energy (SE) after the Batang Ai HEP in the 1980s.

Baleh Dam, like the Murum Dam, is being developed under SE, and it is slated for commissioning in 2026. SE is moving towards exporting electricity, first to Sabah, and then to the regional market. The main civil works contract has been awarded to a joint venture formed by China Gezhouba Group Company Ltd and local firm Untang Jaya Sdn Bhd.

Untang Jaya, is a local Dayak Iban contractor from the Baleh/Kapit area that was established in 2000, and holds 30% of the joint venture. SE is reportedly funding Baleh Dam through its own internal funds while RM5.5 billion is obtained from sukuk financing.

Environmental and social issues are the most common problems encountered in the development of hydropower, especially by large dams...

Environmental and social issues are the most common problems encountered in the development of hydropower, especially by large dams, making Environmental Impact Assessment (EIA) indispensable for ascertaining the positive and negative environmental, economic and social impacts of a project.

In Malaysia, the use of EIA became a mandatory legislative requirement in 1988. The Batang Ai Dam, however, was constructed before the mandatory requirement. But even after the requirement became mandatory, construction on the Bakun Dam, for example, was started in 1994 before an EIA had been conducted. Likewise, the Murum project was contracted out before the EIA report was finalised.

Governance of any project, especially large-scale and expensive projects, requires both source countries of investors and builders as well as host countries to play complementary roles.

There has however been an improvement in terms of adherence to the mandatory EIA requirements after the Murum Dam. The Social and Economic Impact Assessment (SEIA) for Baleh Dam was conducted and submitted to the Natural Resources and Environment Board (NERB) for approval before construction work started.

It was reported in December 2015 that the SEIA report was made available for public viewing at various district and government offices in Sarawak. It was also made available for external review by stakeholders such as government agencies and NGOs, as part of the stakeholder review process, around Sept 2014. Public viewing is reportedly possible at NERB’s office, if permission is granted.

Governance of any project, especially large-scale and expensive projects, requires both source countries of investors and builders as well as host countries to play complementary roles.

Host economies need to have political willingness and capacity to maintain, implement and enforce stringent environmental laws and regulations. Regardless of whether it is an investment or a construction project, weak local requirements open the door for minimal safeguards from dam builders. This is especially the case where short-term contracts are concerned, such as EPC contracts which do not incentivise contractors to deal with long-term social and environmental problems.

China has declared ambitious goals and enunciated policies towards improving sustainability performance. However, this must be followed through with rigorous implementation and regulatory enforcement...

Continued emphasis on hydropower for powering economic development in Sarawak will require continuous improvements in the governance of dam-building. SE, the key stakeholder in Sarawak’s dam projects, has committed to attaining the international Hydropower Sustainability Council (HSC)’s performance standards and certification.

Providing a roadmap towards achieving this goal and increasing the disclosure of performance metrics will help to enhance the sustainability claims of the company to regulators, investors and consumers in Malaysia and the region that is targeted for its electricity exports.

Likewise, China has declared ambitious goals and enunciated policies towards improving sustainability performance. However, this must be followed through with rigorous implementation and regulatory enforcement on the reporting of environmental sustainability measures and metrics, in order to reverse the image of China as a sustainability laggard, especially in its investments and construction of dams outside the country.

The full version of this article was first published as ISEAS Perspective 2022/45 “Hydropower Development in Sarawak: Sensitivities over Sustainability and China’s Involvement” by Tham Siew Yean.