In an age where any global economic agenda is hardly viewed outside the prism of geopolitics, it would take enormous resolve for BRICS to make an impactful comeback on the global stage, says ISAS academic Amitendu Palit. 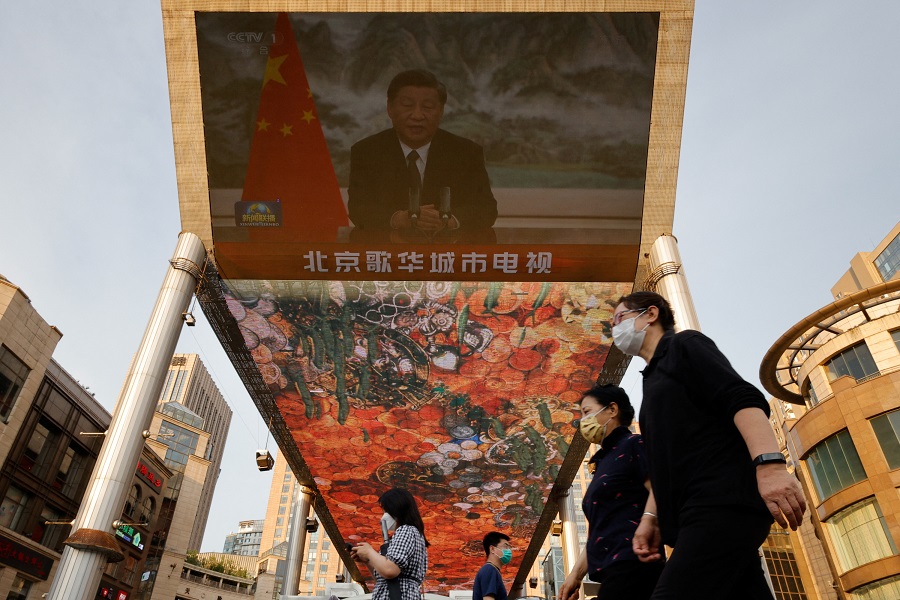 Grace Chong - 30 January 2023
Amid ongoing tensions, a high-level visit by US Secretary of State Antony Blinken to China in the coming week shows hope for improved relations between the two economic powerhouses. Zaobao correspondent Yu Zeyuan notes that while the meeting may not produce practical results, it is a much needed exchange to manage and control China-US relations from worsening.
Read more
Translated by Grace Chong on 1 July 2022

The 14th BRICS Summit in China was held on 23-24 June 2022. It was preceded by the 12th WTO Ministerial Conference in Geneva and followed by the 48th G7 Summit in Germany. Despite being a stellar gathering of the world’s largest emerging market economies, the BRICS summit — comprising Brazil, Russia, India, China and South Africa — received much less global attention than the other two events. Does this mean the BRICS is losing its relevance?

The current global conditions are challenging for multilateral and plurilateral cooperation. These are testing the ability of BRICS to stay meaningful.

During the formation of BRICS in 2009, friction between the global major powers — the US and China — was not as sharp as it is now. Over the last decade, US-China tensions have expanded manifold as the two countries compete for control over global and regional digital and physical infrastructure assets that influence national military capacities, security preparedness and leadership in strategic industries.

Heightened tensions between the US and China have led to the organisation of countries around their divide. This is visible from the formation of the AUKUS (Australia, the UK and the US) trilateral security partnership; the Quadrilateral Security Dialogue (Quad) comprising Australia, Japan, India and the US; and the Indo-Pacific Economic Framework for Prosperity (IPEF) launched by US President Biden during his recent visit to Asia to which several ASEAN members, Fiji, Australia, India, Japan, New Zealand and South Korea have signed up.

It is not just the US-China divide that is affecting BRICS. Relationships between its members have become tenuous over time.

Where does the BRICS fit in

Political complexities have made progress difficult for BRICS. The BRICS was a product of the idea that its members would be the dominant force in the global economy by the middle of the century.

Coming right after the financial crisis of 2008 that badly hit developed country financial institutions and systems, the BRICS was welcomed for pursuing an inclusive and politically neutral economic development agenda. It could do so as global political headwinds were not disruptive to its vision.

Current conditions are vastly different. It is not just the US-China divide that is affecting BRICS. Relationships between its members have become tenuous over time. This is evident from the deep discord between China and India and the ambivalence of BRICS members, except Brazil, in sanctioning fellow member Russia for invading Ukraine.

To some extent, the G20... has marginalised BRICS.

The low appeal of BRICS is also visible in its not being able to expand its membership. The identity of BRICS has been synonymous with that of the “global south”. From the time it was conceptualised, it was recognised as a formidable economic force that would contribute to the livelihoods of billions across the world and promote humane globalisation.

Over time, the economic capacity of the BRICS came to be accompanied with a prominent sense of responsibility, which was necessary for supporting the transition of the global south to a sustainable future. However, notwithstanding its arguable representation of the views and concerns of the developing countries, not many from the latter have aspired to join BRICS.

To some extent, the G20, arguably the world’s most influential group of economies comprising both major developed and developing economies, including the BRICS members, has marginalised BRICS. The G20 has focused on global financial, economic and sustainability issues — all of which are focus areas for BRICS as well —  and has been trying to deliver outcomes that accommodate concerns and priorities of the global south.

The growth of factions within the global South, including differences among BRICS members, on various global economic issues, such as regulations for e-commerce, cross-border investments, environment, and data standards, have prevented the BRICS from providing a collective perspective on these issues.

... the BRICS could have focused on one or two specifics for making a decisive impact. Food and energy security could have been among these.

The New Development Bank (NDB) floated by the BRICS for taking forward its economic agenda has also been up against competition from multiple multilateral agencies and new institutions like the Asian Infrastructure Investment Bank (AIIB).

The group needs an appealing and persuasive agenda to come back to global decision-making. Its lengthy and elaborate 14th Summit declaration, unfortunately, does not serve the purpose.

Instead of reaffirming “commitment” to major global issues, the BRICS could have focused on one or two specifics for making a decisive impact. Food and energy security could have been among these.

As major food and energy producers and consumers, the BRICS members could have gone beyond general references to food and energy cooperation, and announced a work programme for directly addressing the current supply concerns affecting the global economy.

Moving forward, the BRICS must make efforts to re-establish its credentials as a politically neutral bloc.

Coming a few months before the G20 Summit in Bali in November 2022, a purposeful work programme on food and energy would have complemented the WTO Ministerial Conference’s decision on managing global food insecurity. It would have also highlighted the BRICS’ effort among the G20 community and brought recognition for the same in mitigating the unprecedented supply challenge for the global economy. Finally, it would have sent a strong signal to the global community that other BRICS members are ready to work with Russia in minimising the adverse economic impact of its aggression.

Moving forward, the BRICS must make efforts to re-establish its credentials as a politically neutral bloc. The Russian president’s aggressive use of the BRICS forum for criticising the West and making the BRICS appear like a non-Western pro-Russia platform has not helped BRICS. It must ensure that it does not get “labelled” as a pro- or anti-bloc as that would hasten its destabilisation and erode its credibility.

That said, distancing itself from politics, particularly the tensions between major powers, will be challenging for BRICS. It was never equipped to do so. Now the task will be even more difficult as hardly any global economic agenda, as well as bilateral economic ties between its members, are viewed outside the prism of geopolitics. It would take enormous purpose, resolve and mutual coordination between its members for BRICS to make an impactful comeback on the global stage.