China’s alliance with Russia is solidifying

Even though several analyses have it that the China-Russia relationship is filled with underlying tensions and can break without warning, Loro Horta believes that the alliance they have can stand the test of time, given a mutual dependency for resources as well as common geopolitical interests and threat perceptions. Instead of warning Russia about China, Washington may want to worry more about the state of its own alliances. 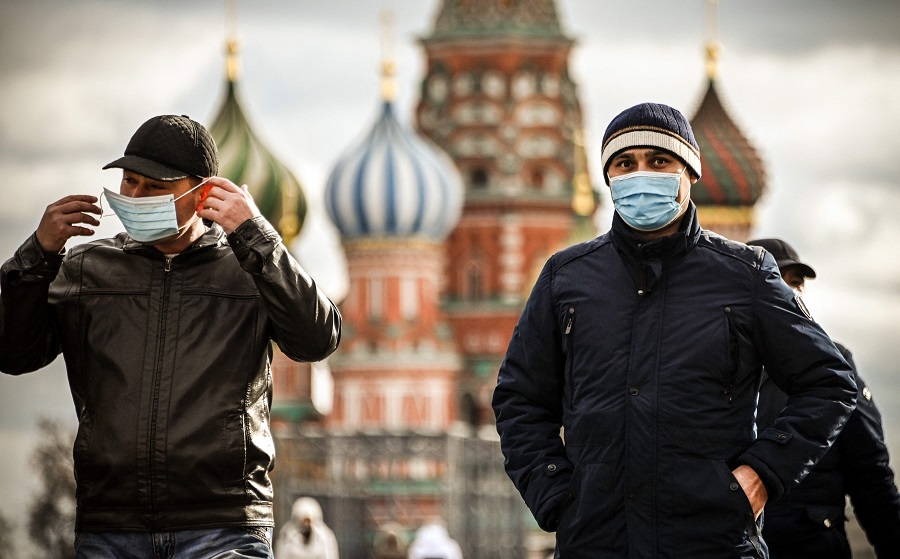 Grace Chong - 12 January 2022
A Chinese idiom says: If you ride a tiger, it’s hard to get off! Since being handed the reins by the Communist Party of China a decade ago, Xi Jinping hasn’t experienced “the year of the tiger” according to the Chinese zodiac. He will be riding into the tiger year this crucial year of 2022. Speculations are running high in China as everyone is asking: does Xi know how to get off a tiger?
Read more
Translated by Grace Chong on 2 November 2021

Between 15 and 23 October, the Chinese and Russian navies conducted the first joint naval exercise of its kind in the Western Pacific. A flotilla comprising five Chinese and five Russian warships sailed around Japan’s main islands. Shortly after the joint naval exercise, President Biden’s nominee for the post of US ambassador to China, Nicolas Burns, told the Senate that Russia is “going to have to worry” about China.

For several years, most Western analysts have argued that China’s close ties with Russia do not constitute a real alliance and are instead a temporary marriage of convenience that will eventually turn sour. While there are indeed many points of contention between China and Russia, a closer analysis reveals that Sino-Russian relations are as close as they have ever been since the Sino-Soviet split of the 1960s.

In 2014, the two countries signed a US$400 billion deal under which Russia would supply natural gas to China via the Power of Siberia pipeline. The deal would diminish Russian dependence on the EU market, while reducing China’s dependence on the volatile Middle East. This energy partnership is vital for the well-being of both countries.

...due to its access to the much larger Chinese market, Russia can afford the costs of slowing gas supplies to EU countries. The EU on the other hand doesn’t have many better sources of gas other than Russia.

Russia is rich in oil, gas, coal, iron and other minerals, while China is a major consumer of such resources. Russia imports from China machinery, chemicals and electronic products at far more competitive prices than it can find anywhere else. US and EU sanctions on Russia and the trade war between the US and China will further increase the importance of trade between the two powers.

Deeper energy ties with Beijing allow Moscow much greater leverage over a hostile EU. In early October, the EU accused Moscow of slowing gas supplies to EU countries as winter approached. Moscow denied such accusations. However, due to its access to the much larger Chinese market, Russia can afford the costs of slowing gas supplies to EU countries. The EU on the other hand doesn’t have many better sources of gas other than Russia.

Technology transfers and weapons sales are another important element in Sino-Russian relations. Until very recently China was highly dependent on Russia for its military modernisation. Under a Western arms embargo since 1989 following the Tiananmen crackdown, China turned to Moscow to modernise its backward military. Since the mid-1990s, Russia has sold billions of dollars worth of weapons to China.

More important than arms sales are Russian technology transfers. Without Russian support, the PLA could not have modernised as fast as it did. Most advanced Chinese military systems such as fighter jets, submarines, air defence systems and aircraft carriers are based on Soviet/Russian designs.

China’s interests in Central Asia are twofold — energy security and border security. China has no desire to become the dominant political actor in the region.

When arguing that the Sino-Russian relationship is not a genuine alliance — whatever genuine means — Western observers point to several issues that cause tension and suspicion between Moscow and Beijing. A common argument is that Russia resents China’s growing influence in its traditional areas of influence such as in Central Asia. While indeed China is by and large the biggest foreign investor in the five Central Asian republics — Kyrgyzstan, Kazakhstan, Tajikistan, Turkmenistan and Uzbekistan — China has been careful to defer to Russia on the political and diplomatic front.

China’s interests in Central Asia are twofold — energy security and border security. China has no desire to become the dominant political actor in the region. In Kazakhstan and Turkmenistan, China has invested massively in the oil and gas sector with its investments dwarfing those of Moscow. However, Its political and diplomatic influence remains limited.

There have been several anti-Chinese riots in Kazakhstan and Kyrgyzstan and China’s soft power and cultural influence remains negligible in comparison to Russia. While China’s growing economic dominance in Central Asia has irritated some in Moscow, it is not serious enough to undermine the Sino-Russian strategic alliance. After all, Russia exports oil and gas to China in far greater quantities. Russia has the largest natural gas reserves in the world and the sixth largest oil reserves.

If China is the purse in Central Asia, Russia is the gun. Central Asian leaders know that in times of instability only Moscow is likely to deploy military power to assist them. In Tajikistan and Kyrgyzstan, both poor and with no significant natural resources, Beijing’s main interest is to prevent Uighur separatists from establishing bases from which to attack China.

Other observers claim that Russia has traditionally been concerned over its large and sparsely populated Far East region home to a mere seven million people bordering China’s populous northern provinces. While there has been an increase in Chinese migration to the Russian Far East, Chinese migration has for centuries been to the south and not the frigid north. No one in Moscow seriously expects a Chinese takeover of the region. By 2001, China and Russia had settled all their territorial disputes.

Another argument is that Moscow’s arms sales to India and Vietnam and joint oil exploration between Russia and Vietnam in the South China Sea add to suspicion and tension.

China hardly complained about Russian arms sales to India for it feels confident that its military modernisation is far ahead than that of India who unlike China can also purchase Western weapons. While Russian companies involvement in Vietnam’s oil sector may be an irritant, Beijing has kept the issue from affecting its overall ties with Moscow. After all, trade between Vietnam and China is greater than China’s trade with Russia.

Russia sees in the US and NATO a much greater threat to its core area of strategic interest of Eastern Europe than a hypothetical Chinese takeover of its Far East.

When many Western observers point to tensions between China and Russia and argue that it is not a genuine alliance, they ignore their own history and the evolution of alliances in the West.

Alliances are formed based on threat perceptions and common interests. As the great British 19th century statesman Lord Palmerstone once said, “We have no eternal allies, and we have no perpetual enemies. Our interests are eternal and perpetual”. This is the basis of alliance formation and maintenance.

As such, Russia sees in the US and NATO a much greater threat to its core area of strategic interest of Eastern Europe than a hypothetical Chinese takeover of its Far East.

Russian and Chinese interests converge on a number of issues such as Syria, Afghanistan, Venezuela, Iran and Islamic fundamentalism, to mention a few. There are far more common interests than opposing ones. While Russia and China have settled their border disputes 20 years ago, Japan still demands the return of the Kuril Islands taken by the Soviets at the end of WWII. The recent naval exercises near Japan can be seen as a show of solidarity by Beijing for Russia’s Kuril Islands claims and Moscow’s support for Chinese claims over the Senkaku/Diaoyu Islands.

No alliance is free of tensions. Turkey, a country with the largest military in Europe and a member of NATO, recently threatened to expel several ambassadors from NATO countries over the latter’s support for the release of a jailed activist. It has also bought Russian-made air defence systems such as the S400 despite US sanctions. After the signing of AUKUS and the cancellation of a US$66 billion submarine deal between Australia and France, relations between Paris and its Anglo-Saxon allies reached rock bottom.

China’s alliance with Russia is solidifying, not weakening as some claim. As long as Beijing and Moscow share common interests and similar threat perceptions, they will remain allied. Like in any alliance there are tensions, but so far these tensions do not seriously compromise the many benefits both Beijing and Moscow derive from their alliance. As such, Ambassador Burns’ warnings are likely to fall on deaf ears in Moscow and perhaps Washington should worry more about the state of its own alliances.

Related: Russia and China in Southeast Asia: Pragmatic cooperation against US primacy | Can Biden 'set up' the US and Russia against China? | What if China and Russia join forces? | Why China and Russia should join forces now | Will Beijing hinder Moscow's operations in the South China Sea?