Since Dr Li Wenliang's death from the novel coronavirus on 7 February 2020, his name has become shorthand for holding the authorities to account. Beijing correspondent Yu Zeyuan weighs in on its effects on China's social stability and on accountability investigations. This photo taken on 7 February 2020 shows a photo of the late ophthalmologist Li Wenliang with flower bouquets at the Houhu Branch of Wuhan Central Hospital. (STR/AFP)

Grace Chong - 17 February 2021
Audience ratings of the CCTV New Year’s Gala give quite an accurate reflection of north-south divides, which judging by the latest economic information, are still very relevant in China today. Zaobao correspondent Yang Danxu casts a keen eye on the data.
Read more
Translated by Grace Chong on 10 February 2020

Public furore over the death of Dr Li Wenliang, a whistle-blower of the 2019 Novel Coronavirus (2019-nCoV) outbreak, continues. The outpouring of emotions is on a scale rarely seen since Deng Xiaoping’s passing in 1997.

At present, the anger that Li’s passing has stirred up has not posed a threat to social stability.

Chinese authorities have reacted swiftly. On 7 Feb, the day of Dr Li’s passing, the Central Commission for Discipline Inspection announced that it would send an investigation team to Wuhan to examine issues raised by the people in connection with Dr Li Wenliang.

The central government’s decision to launch investigations into a non-official is a move by authorities to show the outside world that it is giving weight to the issue. This stance could keep the upper echelons on moral high ground and away from the centre of controversy. Furthermore, Chinese state media and the Wuhan municipal government have expressed their condolences, Li’s parents and his wife have also made public denials of false rumours. At present, the anger that Li’s passing has stirred up has not posed a threat to social stability.

Li was an ordinary doctor who loved food, travel, and serial dramas. He received much attention recently only because he sent a message on 30 December 2019 to his chat group of medical classmates. He warned that there were “seven confirmed SARS-like cases from the Huanan Seafood Wholesale Market” and reminded them not to circulate the message further; it was meant for them to be vigilant and to warn their families.

Li would not have expected that the virus he had warned about would sweep across Wuhan, Hubei and the whole of China, and cause global panic.

In truth, Li was not the first doctor who found out about the 2019-nCoV, nor was he the first to make the headlines and request for official attention to be brought to the matter.

In truth, Li was not the first doctor who found out about the 2019-nCoV, nor was he the first to make the headlines and request for official attention to be brought to the matter. On 26 December 2019, Dr Zhang Jixian, director of the respiratory and critical medicine department at Hubei Hospital of Integrated Traditional Chinese and Western Medicine, discovered a special case that she later diagnosed as a pneumonia-like infection of a novel coronavirus. She reported and escalated the issue to the authorities, which led to the official closure of the Huanan Seafood Wholesale Market on 1 January 2020.

Despite warnings by Li and other doctors that ended up being circulated on Wechat, Wuhan officials did not roll out preventive measures to contain the spread of the virus. On 2 Jan, the Wuhan health commission announced that no clear signs of human-to-human transmission were discovered, and that no medical staff were found to be infected. On 3 Jan, the public security bureau summoned Li and some others, and admonished them for “making false comments on the Internet”.

...the authorities are on guard against internal and foreign hostile powers who may use public frustrations as a tool to threaten China’s political security.

Clearly, Wuhan officials were negligent in their handling of the outbreak at that time. Rather than containing the outbreak, they were more concerned with maintaining “stability” and creating a good environment for the upcoming National People’s Congress and Chinese People's Political Consultative Conference. Furthermore, with the Chinese Center for Disease Control and Prevention’s subsequent wrong assessment of the gravity of the outbreak, Hubei province and the whole of China quickly paid a high price for it.

Someone has to pay the price

Over the past couple of days, people suffering in turmoil of the outbreak may ponder: how did this calamity come about? Why did whistle-blowers like Li Wenliang have to be oppressed and punished?

Li’s passing became the last straw for the public’s pent-up anger. Many people paid tribute to Li and honoured him as a way of venting their frustrations on relevant parties. Some have also escalated the incident to the institutional level, and used it to express their political demands. On their part, the authorities are on guard against internal and foreign hostile powers who may use public frustrations as a tool to threaten China’s political security.

To prevent politicisation of public anger, officials must give the public an explanation of Li’s incident, which is the very reason they decided to launch a comprehensive investigation of it.

Li’s incident may just be the start of a series of accountability investigations of the spread of this outbreak.

Emotions aside, the intention of Li’s warning was simple. After gaining information about the outbreak from other channels, he shared the information in a chat group, reminding everyone to stay vigilant. In the end, his post was shared online by other people, making him a rumour-monger and causing him punishment. While Li’s warning was not entirely accurate, it was definitely not a rumour, especially since subsequent facts proved that the timing of Li’s warning was the golden period to contain the spread of the outbreak. If authorities had taken swift action then, Wuhan may not have ended up in a lockdown, and neither would the whole of China be implicated as well.

It needs to be pointed out that, in the face of such a huge calamity, regardless of the conclusion of Li’s incident, persons-in-charge of Wuhan city, Hubei province, and the National Health Commission will be held liable. In-depth evaluation and improvement of the ills of China’s administrative governance, disease control and prevention, and public opinion control system, needs to be done. Otherwise, public frustration will not be soothed, and the credibility of the officials will continue to worsen.

Related Reading: Internet: The whistleblower is dead, but we have to take care of that whistle | Wuhan "rumour-monger" netizens are heroes after all

Wuhan
Wuhan coronavirus
Healthcare
Freedom of speech
Governance
This block is broken or missing. You may be missing content or you might need to enable the original module. 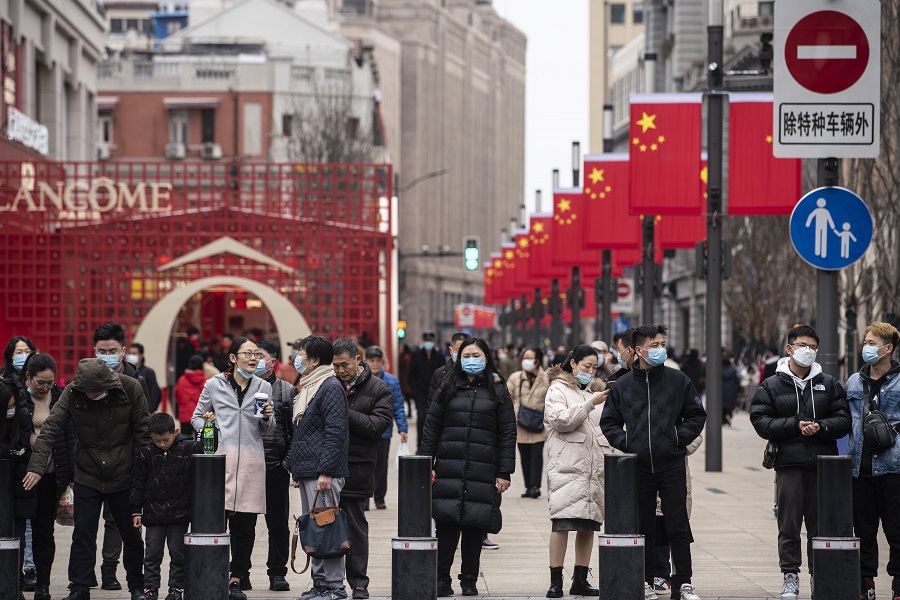