News that Thailand has “cancelled” its Kra canal project and replaced it with a land bridge has excited Indian observers. But you cannot scrap a plan that has not been approved. India's media reports highlighting both Chinese aggression and Chinese failure say more about the country's tensions with China than its concern with the idea of a century-old canal in Thailand. 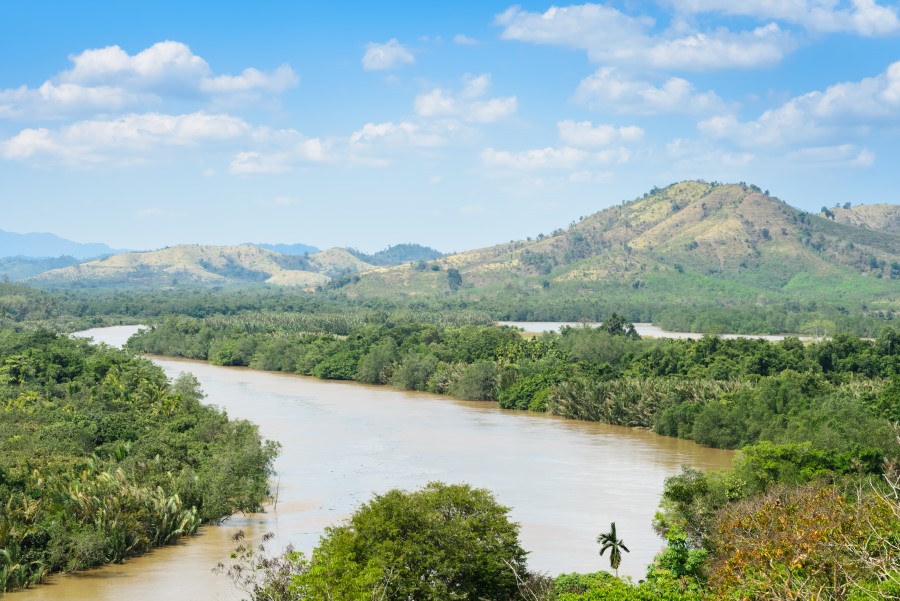 An aerial view of the Kra Isthmus, the narrowest point of the Malayan Peninsula where the Kra Canal would be built. (iStock)

Candice Chan - 28 June 2022
US-based young comic artist Bei Yi reflects on China's gaokao (university entrance exams), which took place in early June. Every year, Chinese students cross this narrow log bridge of national exams, hoping to find a clearing on the other side. Students from regions across China, rich and poor, see this as a possible ticket to a better life and maybe even a passport to the West. When the stakes are so high, studying becomes a moral obligation to one's family. Some make it out, but on that journey, many things are left behind.
Read more
Translated by Candice Chan on 8 September 2020

For observers who closely follow the long-running saga of Thailand’s Kra canal, recent media reports will have come as no surprise.

The three-centuries-old idea to cut a canal across the Isthmus of Kra in southern Thailand is unfailingly resurrected whenever the Thai economy hits the skids, as it has done since the onset of the Covid-19 pandemic. Advocates of the canal (or other Kra transportation initiatives such as road, rail and oil pipelines) invariably argue that the project will create thousands of jobs and revitalise the country’s economic prospects.

But this time the story has a slightly different twist: the “cancellation” of the Kra canal project and its replacement with a road and rail link is not only a major set-back for China, but a strategic gain for India.

The Kra canal issue resurfaced at the end of August when Bloomberg published a story which quoted Thailand’s Minister of Transport Saksiam Chidchob. The minister argued that since the Strait of Malacca had become “quite congested”, an alternative route was needed to bypass one of the world’s busiest waterways.

Chidchob revealed that the government had thrown its weight behind an alternative initiative: building two deepwater ports on either side of the isthmus linked by a highway and railroad.

But instead of a canal – construction of which would have a catastrophic impact on the environment – Chidchob revealed that the government had thrown its weight behind an alternative initiative: building two deepwater ports on either side of the isthmus linked by a highway and railroad. According to the minister, the government had earmarked US$5.3 million for a feasibility study to examine the 100km “land bridge” idea.

The story quickly gained traction. An Australian-based academic argued in Foreign Policy that a Kra canal was a part of China’s Belt and Road Initiative (BRI) and that it fitted “neatly into Beijing’s plans to encircle India”. India had responded, he went on, by beefing up its military presence in the Andaman and Nicobar Islands in the Bay of Bengal so as to “quarantine the proposed Thai canal”. The article contained the usual tropes about the canal, including that its construction would undermine Singapore’s prosperity and hamper Bangkok’s counter-insurgency campaign in the Deep South as it would “split” the country in two. Bizarrely, he went on to posit that should a future Thai government move to cut this “string” in China’s so-called “string of pearls”, Beijing might support an independence movement in the deep south and seize control of the canal!

China has never officially promoted the Kra canal as a BRI project.

Piggybacking on this story, the Indian media had a field day. WION declared that Thailand had “scrapped” the Kra canal plan and that, together with the Thai government’s decision to defer payment on two Chinese-manufactured submarines, this signalled that Beijing was “losing grip on its key allies” in the Indo-Pacific region (note that Thailand is not a formal military ally of China; Bangkok is an ally of the US and has a comprehensive strategic partnership with Beijing). Meanwhile, the Hindustan Times reported that Thailand’s decision to “push back” against China would be welcomed by New Delhi because, as The Economic Times noted, the canal presented a “risk to India’s long-term maritime security”. India’s Twitterati re-tweeted these stories with unalloyed glee at China’s strategic misfortunes.

First, you cannot scrap a plan that hasn’t been approved. Since seizing power in a military coup in 2014, Prime Minister Prayuth Chan-o-cha has been ambivalent at best about a Kra canal. In response to calls by a group of businessmen and retired generals to build the canal, Prayuth said it was not a priority for the government and then fobbed them off by asking the national economic planning agency to examine their proposal. Since then Prayuth has been preoccupied by the March 2019 elections, holding a shaky coalition together and dealing with Covid-19. The Kra canal has not even been on his radar.

Chidchob’s proposal itself makes little economic sense. Unloading goods at one port, transporting them across the country by rail or road, and then uploading them at another port increases rather than reduces transportation costs.

Second, China has never officially promoted the Kra canal as a BRI project. Moreover, even if China were interested in providing the estimated US$30 billion in funding to build the canal, it would be unlikely to find popular support in Thailand as the controversies surrounding the Chinese-built High Speed Rail link and submarines have shown. If the “Thai canal” is to find widespread support it must be seen as being a wholly-owned Thai-initiative and not a Chinese one.

Chidchob’s proposal itself makes little economic sense. Unloading goods at one port, transporting them across the country by rail or road, and then uploading them at another port increases rather than reduces transportation costs. Moreover, at a time of global economic crisis, the initiative is unlikely to find any potential investors.

So what explains the Indian reaction? An astute observer has written about erroneous reports of a Chinese fighter aircraft being shot down by Taiwan, which have garnered a lot of attention in India due to Sino-Indian border tensions. In his analysis, the Indian audience is simply “primed for news of both Chinese aggression and Chinese failure”.

And, more importantly perhaps, why has the proposal for a Kra transportation system popped up again? A cynic might note that at a time of economic stringency, a US$5.3 million feasibility study provides welcome opportunities for lucrative expense claims and fact-finding missions to exotic locations.

This article was first published as ISEAS Commentary 2020/132 “India’s Obsession With Thailand’s Kra Canal: Much Ado About Nothing” by Ian Storey.