A new Chinese law, which gives its coast guard legal cover to fire on foreign vessels in contested waters, is worrying. Indonesian academic Aristyo Rizka Darmawan feels that countries seeking peace and stability in the South China Sea should do something about it. 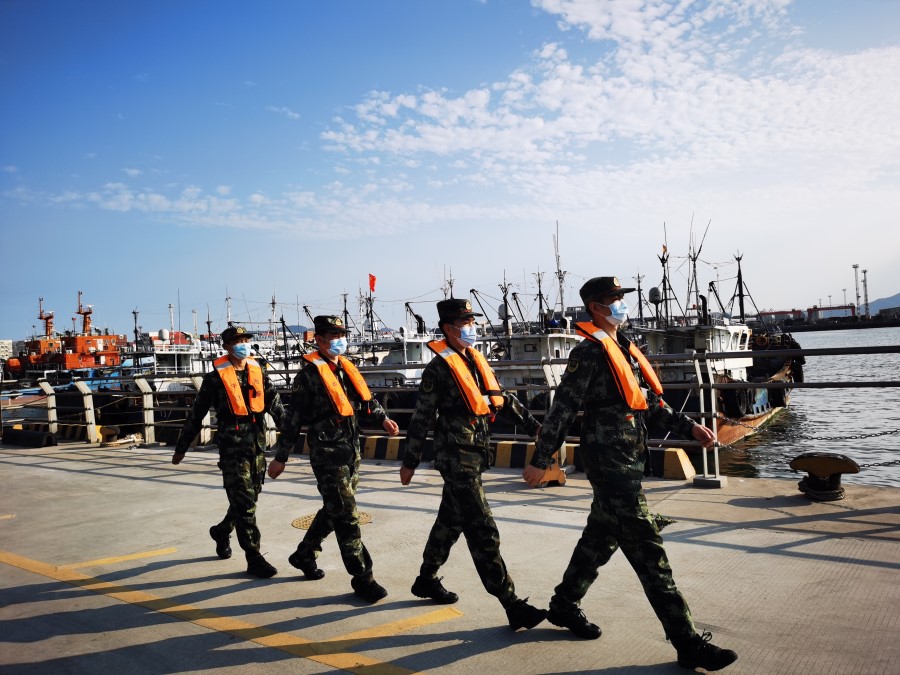 Candice Chan - 20 June 2022
The Fujian, China’s third aircraft carrier, was launched on 17 June. The highlight is the electromagnetic catapult system for launching aircraft, which could put it on par with much of the US’s cutting-edge technology in the field. Zaobao correspondent Yu Zeyuan takes a closer look at the implications of this development.
Read more
Translated by Candice Chan on 1 February 2021

Amidst the ongoing negotiations of the Code of Conduct (COC) in the South China Sea that is expected to be finished by the end of this year, China has just enacted a controversial coast guard law. Announced earlier this week, the law gives the Chinese coast guard legal cover to fire on foreign vessels in contested waters claimed by Beijing. The latest move by China is detrimental to regional security. It breaches international law, will hamper the COC negotiations and it will augur more spirals of tension and escalation in the South China Sea.

Granted, it is enshrined as the basic principle in the Westphalia state system that all states are equal and have sovereignty under international law to enact their domestic laws and enforce them in their respective national territories. As such, states should not intervene in another state’s domestic legislation. There is a major caveat here, however. One state’s sovereignty is only limited to its own territory. Such sovereignty should not be extended beyond its legal territory under international law.

The new law allows the Chinese coast guard to “take all necessary measures, including the use of weapons when national sovereignty, sovereign rights, and jurisdiction are being illegally infringed upon by foreign organisations or individuals at sea”. Needless to say, the new law raises some problematic issues.

The law will most likely go against several international law norms and obligations. First, one of the most important principles enshrined under the United Nations Convention on the Law of the Sea (UNCLOS), the United Nations Charter and international law generally is the non-use of force and peaceful use of the ocean. All parties to the Convention, including China, have to uphold this principle and should not use any force and military measures beyond what is legal in international law. States should not use any military capacity and use of force to threaten any countries in their claimed territory area.

Second, there are some obligations under UNCLOS in the undelimited maritime area. Under Article 74(3) and 83(3) of the Convention, it is stated that states, in a spirit of understanding and cooperation, shall make every effort to enter into provisional arrangements of a practical nature and, during the transitional period, not to jeopardise or hamper the reaching of the final agreement. Such arrangements shall be without prejudice to the final delimitation.

By permitting its coast guard to fire on a foreign vessel, China will certainly provoke escalation. This will jeopardise and hamper any measure that is currently being taken to maintain peace and security in the South China Sea.

Thirdly, it is also mentioned that the law can be implemented in accordance with China’s sovereignty, sovereign rights and jurisdiction. Presumably, Beijing is referring to its controversial nine-dash line in the South China Sea. Here, it should be noted that the landmark 2016 tribunal on the South China Sea ruled that China’s nine-dash line is illegal under international law. By extension, any measure to enforce Chinese law in a claimed area that is illegal under international law will also be illegal.

Moreover, the law will also hamper the ongoing COC negotiations in the South China Sea. It is worth noting here that the main goal of all negotiating parties is to maintain peace and security in the disputed area. Therefore, the COC should play an important role, at the least, to make sure that all parties involved should not be laying down any threats of force on other claimant states. At any rate, China allowing its coast guard to fire on any foreign vessels in its claimed waters shows that Beijing does not have good faith in negotiating the COC.

Even before such a law is enacted, recent Chinese actions in the South China Sea have been harsh and even threatening to other claimant states. In April 2020, a Chinese government research ship, the Haiyang Dizhi 8, conducted a survey near Malaysia’s Petronas-operated West Capella, raising tensions with the Malaysian government. Earlier in the same month, a Chinese maritime surveillance vessel sunk a Vietnamese fishing vessel in disputed waters.

If the law is implemented, it is most likely that there would be more escalation or even an open war in the South China Sea.

This problematic law will not only raise the risk of escalation with Southeast Asian claimant states; it will almost certainly provoke more tensions with the United States. For many years now, the US has regularly conducted freedom of navigation operations to challenge China’s illegal claims in the South China Sea. It is likely that under China’s new coast guard law, there is a higher risk of escalation with the US in the future.

In this context, there should be a strong response from other South China Sea claimant states and other interested states regarding China’s new coast guard law. They should send a strong protest through a diplomatic note to Beijing saying that its law is creating more unlawful threats and risk of escalation in the disputed area. They could appeal to China that the law should be modified or even terminated. If the law is implemented, it is most likely that there would be more escalation or even an open war in the South China Sea. It behoves all claimant states and states with an interest in the peace and stability of the South China Sea to make an appeal to China.