Leaders praise and thank Wuhan in a reverse show of gratitude

Wuhan party secretary Wang Zhonglin’s suggestion that people should be educated to be grateful to the authorities drew strong backlash, prompting Hubei party secretary Ying Yong to come forward with comments of his own to ease the anger. Zaobao correspondent Edwin Ong weighs the strategy. Medical staff celebrate after all patients were discharged at a temporary hospital set up to treat people with the COVID-19 coronavirus in Wuhan. (AFP)

Candice Chan - 29 May 2020
As expected, the Chinese government has passed a national security law for Hong Kong, which is likely to be implemented in time for the upcoming LegCo elections in September. Even as Beijing made an unexpectedly strong push for the law, seemingly without allowing room for negotiation, Zaobao associate editor Han Yong Hong notes that Hong Kong occupies an irreplaceable position to Beijing, and things may not be as bad as they appear.
Read more

- 29 May 2020
Japanese academic Shin Kawashima says that China had until recently reined itself in while working to form new power relations in the face of friction with the US. Since the spread of the coronavirus however, it has become more brazen in criticising the US. While it has said several times that it is not out to replace the US and that it seeks to build a “shared future for mankind”, will China stay the path of seeking cooperation amid competition?
Read more

Candice Chan - 27 May 2020
With the Chinese government about to enact a national security law for Hong Kong, the SAR is worried about its future and people are afraid. Hong Kong columnist Chip Tsao, in his usual abrasive way, notes that over the more than 20 years following Deng Xiaoping's passing and Hong Kong's return, Beijing and Hong Kong have been butting heads to the point that everything now seems to be an irreconcilable, destructive mess. Hong Kong has been taken hostage, he says.
Read more 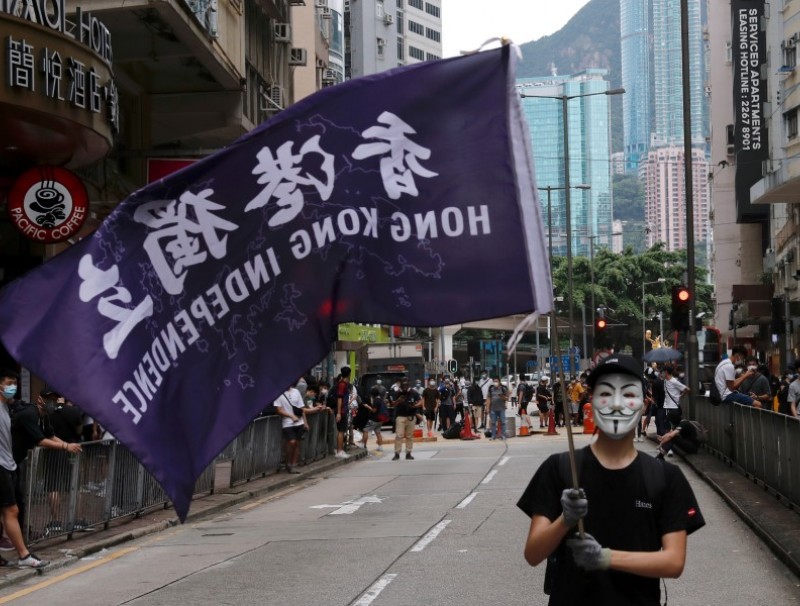 Candice Chan - 26 May 2020
Zaobao correspondent Yu Zeyuan notes that this year’s “two sessions” in China includes a contentious national security law for Hong Kong that has been months in the making. The law is unlikely to go down well in Hong Kong, nor with Hong Kong watchers with vested interests such as the US. What gave Beijing the confidence to push through such a law at this point in time?
Read more
Translated by on 10 March 2020

Experts said having a higher-ranking official like Ying recognising the contributions of the people of Wuhan would make them feel respected and help ease simmering emotions.

Hubei Daily reported that on International Women’s Day (8 March), Ying and Hubei governor Wang Xiaodong visited the women working at the front line of Covid-19 epidemic efforts in Wuhan, and praised the people of Wuhan as “heroic folk”.

Ying added that following the lockdown on Wuhan, “the people of Wuhan have put the general interest above all and focused on the big picture… and actively supported and cooperated with the various epidemic measures of the party government. They have come together and looked after one another, and done all they can to fight the epidemic. They have been admirable in showing strong resolve and a spirit of dedication and sacrifice.”

Besides thanking the people of Wuhan and Hubei, Ying particularly acknowledged the party cadres in Hubei. He said they had gone to the grassroots and were deeply involved in frontline work, and had listened to the people and worked hard to win against the epidemic.

"The party and local government are thankful to everyone for what they have done." - Wang Zhonglin

Visiting the female frontline workers on the morning of 8 March, Wang Zhonglin echoed Ying, adding that the people of Wuhan have overcome many difficulties: “It is with everybody’s effort and resolve that the epidemic has improved in Wuhan. The party and local government are thankful to everyone for what they have done.”

While leading a regular briefing via video link that same afternoon, Wang Zhonglin reiterated that the people of Wuhan have given a lot towards controlling the epidemic. As the hardest-hit area of the epidemic, the people of Wuhan have made heavy sacrifices. As of midnight on 9 March, there were 49,948 confirmed cases and 2,388 deaths, while millions of other people have been under lockdown controls of various degrees of severity and length.

On the night of 6 March, Wang Zhonglin suggested an “education in gratitude” for the people of Wuhan, for them “to be grateful to the general secretary (Xi Jinping) and the Chinese Communist Party (CCP), to obey the party, and become a strong positive force.” This drew a wave of criticism among China’s online community.

... the enormous backlash to the “call for gratitude” caught the authorities by surprise, and the comments by Ying Yong and Wang Zhonglin were clearly intended to put out the fire.

Detractors think that there is no certainty on when the epidemic will end, and it is difficult to estimate the losses to the people of the city, while calls for accountability continue. Wanting to “educate” people at this time to be grateful to those in power is untimely and ridiculous.

Tan Gangqiang, head of a psychology consultation center in Chongqing (重庆市协和心理顾问事务所), said the enormous backlash to the “call for gratitude” caught the authorities by surprise, and the comments by Ying Yong and Wang Zhonglin were clearly intended to put out the fire. He said Ying is of a higher rank than Wang, and having him make comments in support would make it easier for people to accept the shift in the authorities’ narrative.

Tan said, “On one hand, Ying’s comments make people feel slightly more respected, which would help reduce the resentment.” He added that Ying’s statements would also soothe the people who are in difficult times under lockdown at home, as well as the grassroots cadres who have not been well supported by the system and who are often caught in the middle.

...if the ruling party and government officials are in tune with the people and have helped those in difficulties, the people would naturally show their thanks...

After becoming the top man in Wuhan on 13 February, Wang was at first positively received by the public for his work on disease treatment and prevention, and for keeping a tight rein on local officials, as he tried to turn the tide of the epidemic in Wuhan. But after the backlash from the “call for gratitude”, not even removing Wang’s previously reported comments could keep him from meeting his “public opinion Waterloo”.

Some analysts think that if the ruling party and government officials are in tune with the people and have helped those in difficulties, the people would naturally show their thanks, but it has to be a spontaneous and sincere expression of feelings, and not in response to a top-down request or order.

Tan warns, “If you (the authorities) do not care about being close to the people to fulfil their hopes of a good life, if that is not in your very bones, and you only set targets from the angle of governance and control, then new public sentiments can emerge any time.”

Related readings: Official's call for city of Wuhan to express gratitude backfires | Does China owe the world an apology?