As Covid-19 “challenge trials” in the UK get underway where volunteers are intentionally infected with the coronavirus, Chip Tsao ponders how many of us would put our lives on the line for the greater good? Would having a Western or Chinese mindset have a part to play in the decisions made? And would cultural differences such as the Chinese focus on self-preservation explain why China was better at getting the epidemic under control? 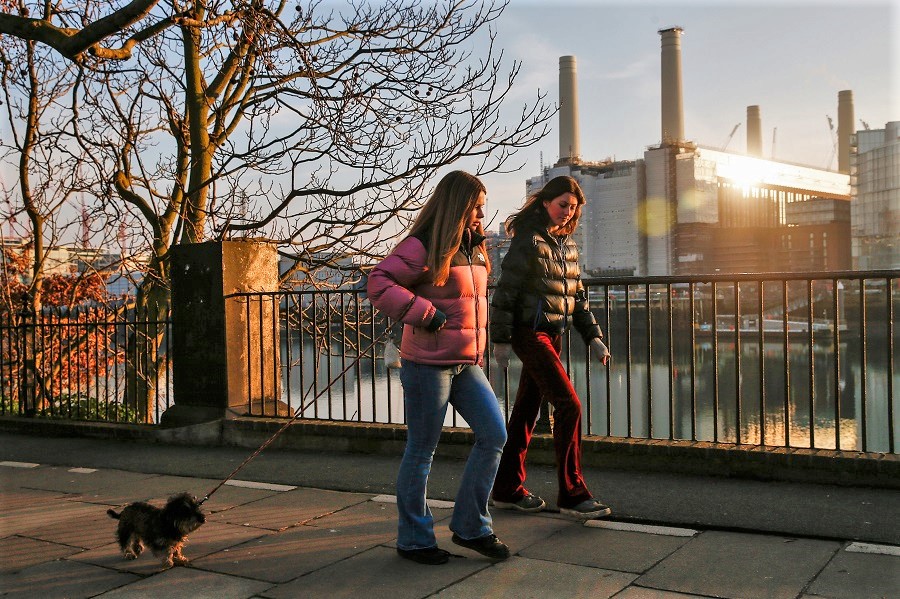 Pedestrians walk along the banks of the River Thames in view of the Battersea Power Station office, retail and residential development in the Nine Elms district in London, UK, 7 January 2021. (Hollie Adams/Bloomberg)

Grace Chong - 21 July 2021
Cultural historian Cheng Pei-kai remembers an email from a Hong Kong secondary student, who wanted a "substantial and authoritative" answer from him about the relationship between civilisations and their cultures. The 16-year-old had asked: What affects the passing down of cultural traditions? Should culture be passed on in its entirety? What role does commercialisation play?
Read more
Translated by Grace Chong on 21 January 2021

As the coronavirus sweeps the globe, 2,500 people in the UK have volunteered for Covid-19 “challenge trials”, to help the government with new coronavirus studies. That is, these people have signed up to be intentionally infected with an appropriate dose of the virus introduced through the nose.

One of these volunteers was not only unperturbed by such a trial, but told the media that it was better to get sick and die for a noble cause than to get old and die of senility.

This attitude is very different from what the Chinese are used to, and incomprehensible to many of us.

This is the first experiment of its kind using humans in a so-called novel coronavirus trial. Experts said that this came about because new evidence showed that people with mild coronavirus infections were immune for at least four months. Thus there was a decision to carry out human tests to verify this claim, using volunteers who wanted to serve mankind.

However, there continues to be ethical and moral debates in the medical community over intentionally infecting healthy people, which is why the trial was only approved by the ethical committee and regulatory body after several months. The trial begins this month and preliminary results will come out in May. Volunteers will stay in specialised clinics and be quarantined for three weeks after receiving the virus, with a stipend of £4,000 (about HK$42,000 or S$7,150) per person. They will be accompanied by medical specialists and scientists who will track the virus and ensure their safety, around the clock.

This attitude is very different from what the Chinese are used to, and incomprehensible to many of us.

A difference in Western and Chinese ideals

Why are these people doing this? The answer lies in Western and Chinese views on life. It is likely that young people in many Western countries — not just in the UK — would also volunteer. One story goes that this question was asked: if a Dutch spacecraft was to be sent on a one-way trip with the first batch of humans to start a colony on Mars, would you sign up, knowing you would never return to Earth? Dozens of people signed up.

With a pragmatic worldview, self-preservation is a natural instinct that animals have, and humans are no exception. However, in a world of science and innovation, if nobody dares to be the first to take a risk, nothing new would come out.

Western life involves some form of belief. It may not necessarily be Christianity, but they believe life is short and has to be meaningful, be it rock climbing, mountaineering, deep sea diving or other passion. For instance, director James Cameron comes from a rich family and moviemaking is in fact his secondary interest; his primary curiosity is plumbing the depths of the sea and exploring the wreck of the Titanic, on the seabed 12,000 feet (3 kilometres) below.

It is unlikely that any Chinese movie director would do that. With a pragmatic worldview, self-preservation is a natural instinct that animals have, and humans are no exception. However, in a world of science and innovation, if nobody dares to be the first to take a risk, nothing new would come out.

When Apollo 11 landed on the moon in 1969, astronauts Neil Armstrong and Buzz Aldrin were prepared not to return. And during the Reagan administration in the 1980s, when the space shuttle Challenger exploded just one minute after taking off, killing everyone on board, those crew members became national heroes.

Hong Kong parents are also the ones who are most concerned about the spread of the coronavirus all over the UK.

Today, parents in Hong Kong and mainland China send their children to boarding schools in the UK, but they are still anxious about risky physical activities such as rugby and outdoor expeditions. Hong Kong parents are also the ones who are most concerned about the spread of the coronavirus all over the UK.

After all, Darwinism only surfaced in 19th century England, so Westerners are less uptight in this aspect.

In October 1943, during World War II, a group of British internees in Hong Kong’s Stanley Internment Camp were sentenced to death by the Japanese army for secretly using a radio to contact the British army outside of the camp. The group included Hong Kong Defence Secretary John Alexander Fraser, Deputy Commissioner of Police Walter Scott, and Sandhurst-trained Mateen Ansari of the 5th Battalion, 7th Rajput Regiment. The men were allowed five minutes together prior to execution, during which Ansari gave a speech at the camp gates, saying: “Everybody has to die sometime. Many die daily from disease, some suffer painful, lingering deaths. We will die strong and healthy for an ideal; not as traitors, but nobly in our country’s cause.”

After that, the three men — along with about 30 other internees — were beheaded at Stanley Beach.

Related: Why do the Chinese behave this way? China's 'middle society' holds the clue | The ‘historyless’ Americans and their arrogance | 'Transnational Chinese-language cyber intellectual enclaves': An emerging phenomenon

Society
Not just a tech war: What China can do to better compete with the US and create a better world