China's new TV show Enemy tells the story of a spy couple from Taiwan living in mainland China. The drama has won accolades and fans not so much for spy intrigue per se, but the realistic portrayal of everyday life in mainland China. Zaobao correspondent Yu Zeyuan looks at how reel life mirrors real life and the ongoing tensions in cross-strait relations. 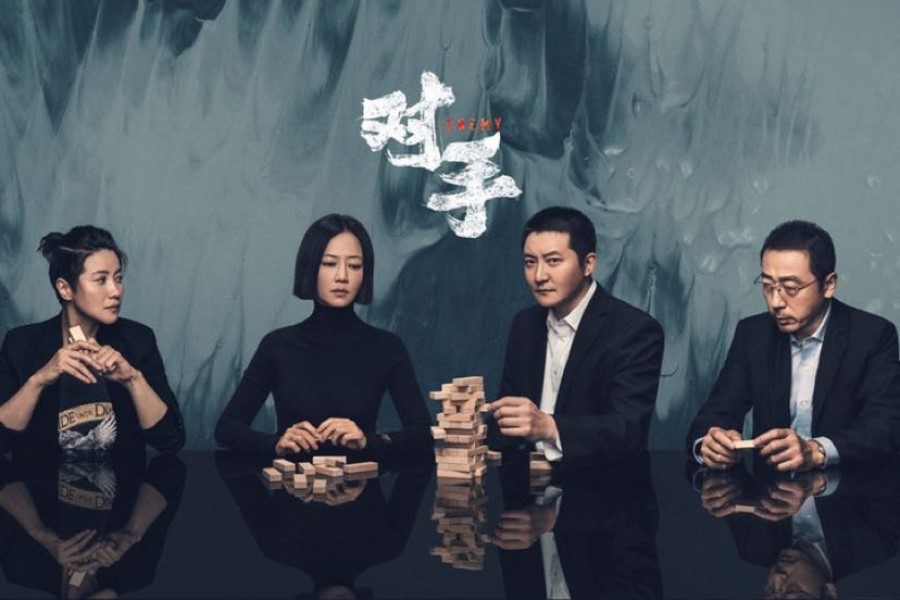 Candice Chan - 29 June 2022
Over the past couple of years, there has been an influx of migrants from Hong Kong to the UK. Communities have been forming in various cities, such as London and Manchester. And as Hong Kongers find jobs and settle in, the British way of life rubs off on them. But underneath all that, they remain Hong Kongers at heart.
Read more
Translated by Candice Chan on 3 January 2022

On the first day of 2022, the finale of the 37-episode mainland Chinese spy thriller Enemy (《对手》) aired on CCTV. There was not a lot of publicity for this series before it premiered, but it won much acclaim and countless fans after it went on air, and the fate of the “Taiwan spy couple” became a hot topic.

Over the years, mainland China has filmed quite a number of spy shows, many of which are well-produced, including Lurk (《潜伏》) starring Sun Honglei, Plot Against (《暗算》) starring Liu Yunlong, and The Message (《风声》) starring Zhang Hanyu and Zhou Xun. These dramas are set mostly during the Kuomintang/Chinese Communist Party (KMT/CCP) civil war, the war against the Japanese, or the early period of nation-building by the CCP, showing the battle of wits and dare between CCP agents and the KMT or the occupying Japanese forces.

But Enemy is not only set in modern times, but the leads are “Taiwan spies” in mainland China, with the show’s premise about their dealings with mainland national security personnel.

....after a failed attempt by the young spies Li Tang and Ding Meixi to kidnap a missile expert in mainland China, they are ordered to go undercover as a married couple in Xiamen (called Xiazhou in the show). Eighteen years later, the former young hotshots have become an ordinary, cash-strapped, middle-aged couple...

While Enemy unsurprisingly ends with mainland national security defeating the Taiwan spies, the perspective, plot and acting were refreshing, while the travails of the spy couple Li Tang and Ding Meixi — played by Guo Jingfei and Tan Zhuo — elicited pity and sympathy. It is no exaggeration to say that this show brought mainland spy dramas to a new level.

In the show, after a failed attempt by the young spies Li Tang and Ding Meixi to kidnap a missile expert in mainland China, they are ordered to go undercover as a married couple in Xiamen (called Xiazhou in the show). Eighteen years later, the former young hotshots have become an ordinary, cash-strapped, middle-aged couple, who are constantly quibbling over everyday matters, fretting about their daughter who is going through a rebellious phase, and worrying about their pension.

Cabbie Li and secondary school teacher Ding are just barely getting by; they often do not get money for their activities and have to go out of pocket for their missions. When Li is running a fever, he does not go to the hospital fearing the expense, and ends up complaining that being a spy is worse than playing the stock market, as he cannot even unload shares to cut losses. Tempted by the 500,000 RMB reward offered by mainland China for reporting spies, Li even thinks about reporting himself and leaving the reward money to his child.

Under life’s pressures, Ding constantly grumbles that their superiors are delaying payments, property prices are going up again, and she can only use cheap local China makeup brands with hanyu pinyin names. When her superiors get her to use her seductive skills to obtain classified materials, she says without any money to dress up, no one would take the bait.

As for Li, each time he meets his superiors, he is most interested in when their payment is coming in and whether they can get more, but the superiors either change the subject or fob him off by saying that the money is on the way.

To earn more money, Ding is influenced into putting their savings in high-return investments, only for the P2P situation to explode and for them to get cheated of their money. Ding and Li only get their money back through using their spy skills.

Duan Yingjiu, the head of operations at the Xiazhou national security agency, is a workaholic, but her life is also a mess: she has never cooked, and does not know her son is being bullied by hooligans; her marriage is all but dead as her husband complains that she does not take care of the family, and insists on a divorce; her child wants to study overseas, and she starts getting anxious about approaching her brother to claim back the money he borrowed.

Nonetheless, there were a few plot points that were off. For example, the spy agency tried all ways to hunt down and assassinate Li and his wife, and also hurt their daughter, which seems unrealistic and unreasonable. During the finale, Li was also made to praise the national security personnel as having a “noble heart”, which seemed phony.

Like most people around us, they faced life’s pressures and had midlife crises. Aided by excellent acting by several of the main characters, this drama became a hit.

But this drama portrayed the daily lives of ordinary people. While these agents had special identities, they were unlike James Bond in the 007 spy franchise who lived the high life and was suave and confident. Like most people around us, they faced life’s pressures and had midlife crises. Aided by excellent acting by several of the main characters, this drama became a hit.

While Enemy is just a work of fiction with some black humour, in reality, the state of cross-strait ties is not that far off from the tense relations sketched in the drama.

When reel and real words collide

The show also sensitised people to cross-strait relations. After watching the show, some netizens felt that Taiwan spies could be lurking around them, while others urged the mainland to take decisive measures quickly to achieve reunification.

While Enemy is just a work of fiction with some black humour, in reality, the state of cross-strait ties is not that far off from the tense relations sketched in the drama.

In her 2022 New Year’s Day address, Taiwan President Tsai Ing-wen said, “Taiwan's consistent position has been that we will neither bow to pressure nor act rashly when we have support.” She added that the use of “military means is absolutely not an option for resolving the differences between our two sides”, and reminded the Beijing authorities that “they should not misjudge the situation, and that they should stop the spread of military adventurism within their ranks”.

The new year has already arrived but cross-strait relations are showing no signs of easing, and may even deteriorate further.

Zhu Fenglian, the spokesperson for the Taiwan Affairs Office of the State Council, responded to Tsai’s address with two statements. The first one emphasised that tense cross-strait relations are the result of the Democratic Progressive Party (DPP)’s “refusal to recognise the 1992 Consensus, unchecked plotting for independence and provocations, and collusion with outside forces to fight against the mainland in a bid to change the fact that ‘both sides of the Strait belong to one China’.” The second statement reiterated that should pro-independence forces “continue to provoke and force us and even go past the red line, we will have no choice but to take ‘decisive measures’.”

On 1 January, Chinese military planes flew into Taiwan’s air defence identification zone (ADIZ) as usual. Taiwan’s Ministry of National Defense tabulated that there were a total of 961 People’s Liberation Army plane incursions into Taiwan’s southwestern ADIZ over 239 days in 2021, twice the total number of incursions in 2019 and 2020.

Tan Kefei, China’s Ministry of National Defense spokesperson, said last month that the number of “aircraft sorties is higher, not lower, than the figure the DPP authorities hyped”. A mainland military aviation expert said that this could be because of Taiwan defence authorities’ lack of technical capabilities to detect mainland aircraft such as the stealth-capable J-20 fighter jet and the GJ-11 stealth attack drone.

The new year has already arrived but cross-strait relations are showing no signs of easing, and may even deteriorate further. It is inevitable that the battle between both sides of the Taiwan Strait will extend to literature and art, and there will be more dramas like Enemy.