The psychology of facial aesthetics: A cultural perspective

Hayson Wang, who specialises in plastic, reconstructive and aesthetic surgery, shares some insights into the way facial beauty is defined by science and in different cultures. 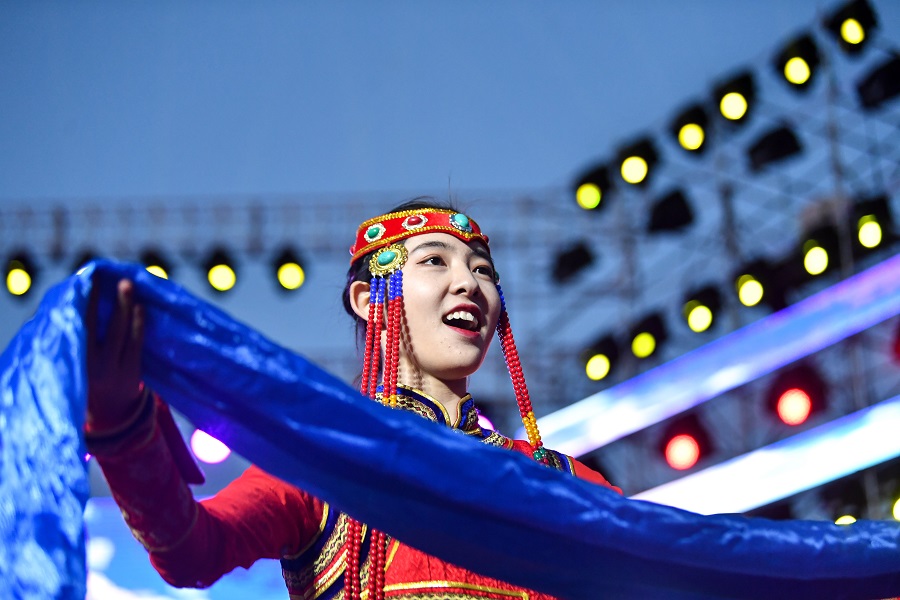 This photo taken on 26 June 2020 shows a performer at the opening ceremony of the 2020 Music and Food Festival of Grassland in Hohhot. (Bei He/Xinhua)

Grace Chong - 29 September 2022
China's central bank is scrambling to increase demand for borrowing by using nearly every instrument in its toolbox. But the impact has so far been limited, as Chinese companies and households are trapped in a crisis of confidence in the economy amid slowing growth and the impact of strict anti-Covid measures. What more can China do to save the economy?
Read more
Translated by Grace Chong on 1 July 2020

The psychology of aesthetics is an important branch of psychology. It refers to the way people form a rational understanding of objective matters in practice. Aesthetics is relatively unchanging, individualistic, and influenced by a complicated array of subjective and objective factors. All said, it is a very complex psychological phenomenon. Of all types of aesthetic studies, people take the most interest in discussing the aesthetics of the human face.

In Eastern societies especially, the delicate oval-shaped face has been considered the most beautiful since ancient times. The V-shaped face with a pointed chin is a close second.

The first factor that determines facial attractiveness is the face shape, which is in turn dependent on facial skeleton proportions. In Eastern societies especially, the delicate oval-shaped face has been considered the most beautiful since ancient times. The V-shaped face with a pointed chin is a close second. Of the 21 facial bones in the skull that are most closely related to our appearance, the zygomatic bone that forms our cheeks and the maxilla that forms our jaw have the most influence on face shapes.

The santing wuyan (三庭五眼) method is generally used in most discussions on the definitions of the golden ratio of facial beauty. Santing refers to the division of the length of the face into three equal portions — the upper portion (from the forehead to the eyebrow), the middle portion (from the eyebrow to the tip of the nose), and the lower portion (from the tip of the nose to the chin). The ratio of these three portions should be roughly 1:1:1. Wuyan refers to the division of the width of the face into five equal portions, where each portion is measured by the length of an eye, the distance between both eyes, and the distance between the eye and the temple.

Additionally, the relative position of various facial features matters. For example, the “three points and one line” (三点一线) concept says that the three points — the inner corner of the brow, the inner corner of the eye, and the ala (or wing) of the nose — are to be aligned and form a vertical line. In the “four highs and three lows” (四高三低) concept, the convex and concave points of the face are identified in reference to a vertical axis drawn from the forehead, the tip of the nose, the philtrum, to the chin. On this vertical line, the “four highs” refer to the high points of the face in profile — the forehead, the tip of the nose, the procheilon (lip bead), and the tip of the chin. The “three lows” refer to the concave points of the face: between the two eyes where the nose and the forehead meets; the philtrum above the lip bead — goddesses have deep and sunken philtrums that are clearly defined; and the small depression beneath the bottom lip.

Facial beauty is related to gender. It is generally believed that the more delicate the facial silhouette, the more feminine the face becomes. On the other hand, the more angular the face is, the more masculine it becomes. This is also in line with men’s pursuit of muscular lines through gym and keeping fit. It also accounts for the reason why angular, chiseled and square-shaped male faces are thought to be more attractive in traditional East Asian aesthetics, especially in the northern regions of China. In fact, research shows that chiseled features are closely related to androgen levels in the body. Thus, facial shapes indirectly reflect sex hormone levels in the body, which could in turn predict a person’s fertility. In the long evolutionary process, Eastern and Western societies alike have developed similar aesthetic preferences based on sexual attraction.

Facial beauty is also affected by psychological factors. For example, exposure is an important factor that determines a person’s aesthetic standards. Put simply, if an individual is attracted to a certain feature, and has long periods of interaction and repeated exposure to an individual with that feature, a long-term stimulus is formed and the once above-average attraction to that feature becomes a highly ingrained one. This is also what the saying “beauty is in the eye of the beholder” means.

Similar aesthetic standards are also found in a group setting. This can be seen when tabulating the general aesthetic trends of a country. The face type of a high proportion of the people in that country would not score too badly — it could even become the mainstream beauty standards in some cases, even if this standard of beauty is unattractive to other cultures.

In South Korea, square-shaped male faces are not considered attractive — possibly due to the low proportion of square-shaped male faces in South and North Korea. Having been exposed to Western or Korean and Japanese cultures for a long time, Chinese youngsters could form aesthetic preferences that reflect the culture that they are more exposed to.

Facial beauty is also closely related to the country’s socioeconomic factors. Some scholars believe that when a country is prosperous, people seek more aggressive and positive features. For example, people regarded robustness as a sign of beauty in the Tang dynasty. In the 1970s and 1980s of the last century, Japanese male celebrities exuded a stronger sense of masculinity. When a country becomes stable or stays stagnant, delicate and soft features are deemed attractive. For example, following Japan’s bubble economy, its male celebrities had facial features that were gentler than their predecessors.

When transportation networks were underdeveloped across the world, countries formed their own cocoons where aesthetic systems were concerned. Since the modern age and with increasing globalisation, standards of beauty in each culture have been influenced and changed due to frequent contact between countries and differences in economic and cultural strengths. Undoubtedly, dominant cultures are bound to influence weaker ones. For example, China has always thought that women with single eyelids and willow-shaped eyes that tilted upwards were incredibly beautiful. However, as single eyelids were extremely rare in the West, Westerners thought that they were a birth defect of the Asians. Under the strong influence of Western culture, double eyelids have become the mainstream beauty standard of East Asia. Some even wish to acquire the Westerner’s high cheekbones, deep-set eyes, and double eyelids through surgery. Complex aesthetic trends are not only based on the individual but tell of the development of society and eras.

Articles under the Health section are supported by OSIM.

Related: A return to the physical body and the exuberance of the Tang dynasty | Taiwan author Chiang Hsun: One humanity, one world 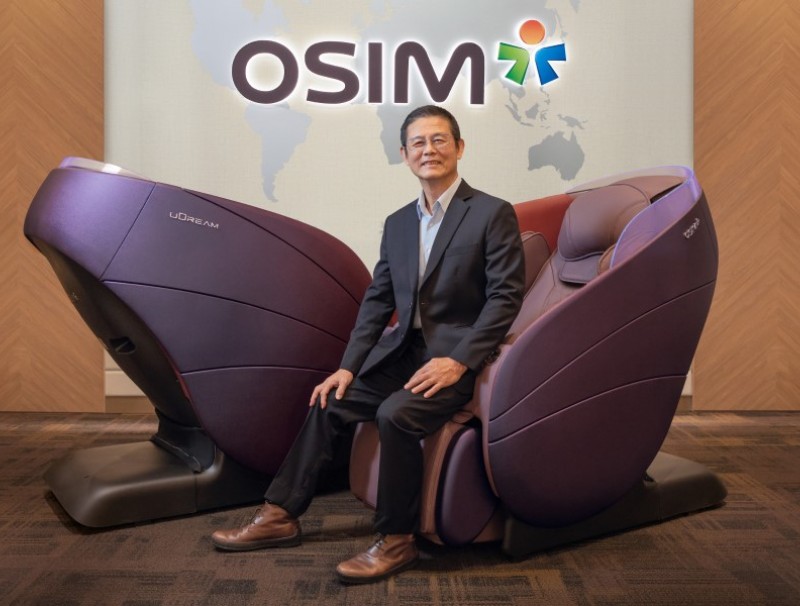 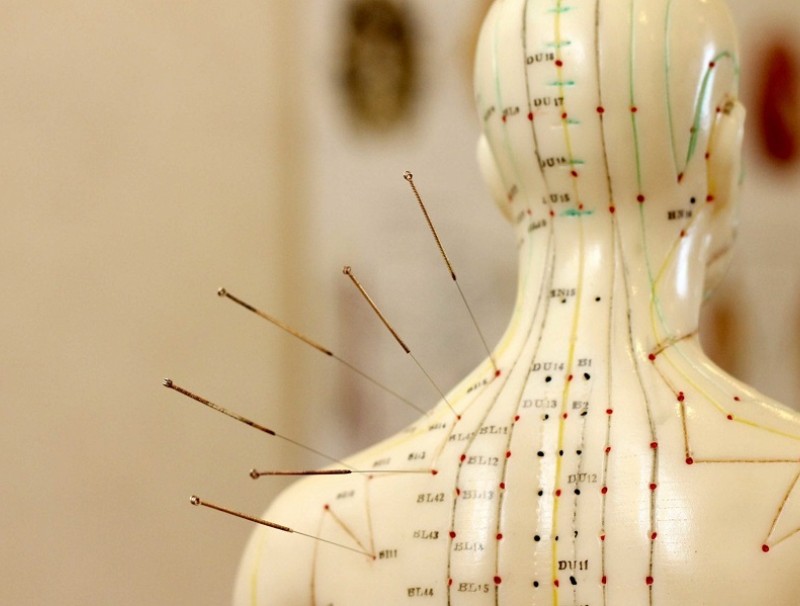 Health
Acupressure points and acupuncture: How does it work?