NUS academic Lu Xi assesses that the victory of the non-Green camp in the “nine-in-one” local elections shows that the Taiwanese people are aligning their views towards the Taiwan Strait issue regardless of political parties and camps. “Resist China, protect Taiwan” is becoming a consensus, and parties will need to compete on some other parameters such as a wholesome party image and promising political stars. 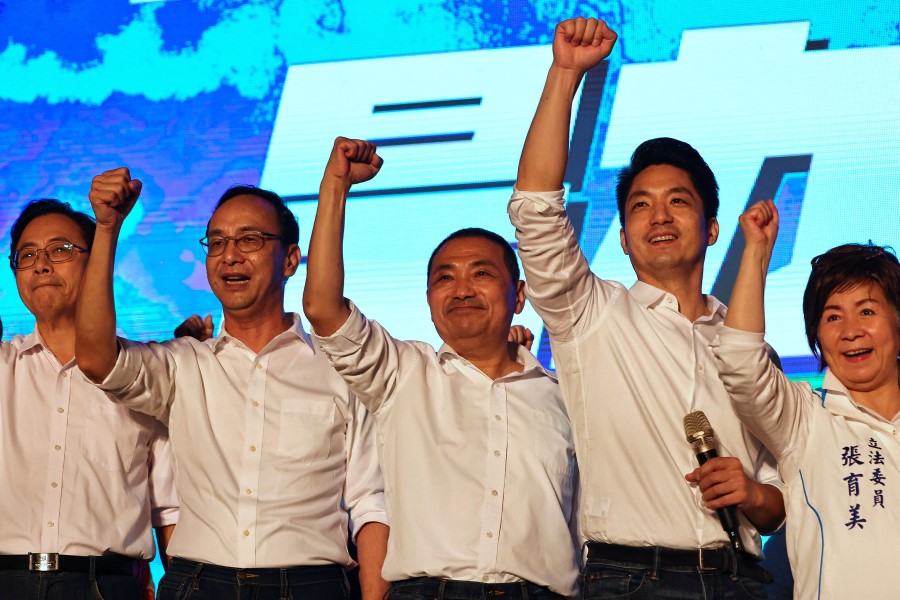 Candice Chan - 30 January 2023
A mall in Shenzhen came under fire for putting up white lanterns with black text as part of its Chinese New Year decorations, while an “ugly” rabbit-shaped light decoration was removed from another mall in Chongqing. Academic Zhang Tiankan muses on tradition and innovation, and the evolution of traditional decorations.
Read more
Translated by Candice Chan on 7 December 2022

There were no surprises to the results of Taiwan’s “nine-in-one” local elections, with the Kuomintang (KMT) winning most seats and the Democratic Progressive Party (DPP) retreating south of the Zhuoshui River. If we have to talk about surprises, it would be the DPP's debacles in Taoyuan and Hsinchu, but these results were all but confirmed in the summer when former Hsinchu City mayor Lin Chih-chien was accused of plagiarism.

The local elections may have been run-of-the-mill, but they offer some points of discussion.

First, “resist China, protect Taiwan” is becoming a consensus in Taiwan. The victory of the non-Green camp is a sign of this gradual consensus, and not a challenge to it.

From Taipei mayor-elect Wayne Chiang Wan-an’s firm declaration during the Taipei mayoral debate to “protect the Republic of China”, to New Taipei City mayor Hou You-yi’s comments following his win about “the Republic of China is our country, and Taiwan is our home” — the new forces in the non-Green camp have realised the importance of seizing the “resist China, protect Taiwan” trump card.

This shift will make it more difficult for the DPP to continue dominating future presidential elections, while its accusations that the non-Green camp is throwing in its lot with the Chinese Communist Party and selling out Taiwan is no longer effective.

Looking at the recent changes, Taiwan’s move towards “Israelisation” — the militarisation of its civilians — is becoming the biggest reality.

However, even as the various parties’ views about Taiwan’s political system are aligning, disagreements will persist, with the focus shifting from the verbal commitments made, to the substantive actions taken to protect Taiwan. In terms of policy, the various parties would not rule out selling a sense of a Taiwan in crisis, but they would compete in terms of whose policies are more feasible and pragmatic.

Looking at the recent changes, Taiwan’s move towards “Israelisation” — the militarisation of its civilians — is becoming the biggest reality. During this process, the parties will focus on how to maintain exchanges with mainland China to manage risk and ensure a peaceful transition for Taiwan, so as to achieve strategic balance. The DPP is clearly at a disadvantage, but mainland China also cannot expect the KMT or Taiwan People’s Party (TPP) to deviate too far from pragmatism.

The need to garner young votes

Second, the Green camp is losing young votes as a structural change takes root. In light of the Lin Chih-chien incident, the DPP led by Tsai Ing-wen disregarded good sense and reality in brazenly challenging academic ethics, and thus thoroughly pushed the better educated young people to the other side.

While Chen Shih-chung tried to salvage the youth vote, the election team made the wrong picks and even created an election video gaffe that led to Chen becoming a laughingstock. The extremely low voter turnout showed that the young people who were once active DPP supporters are now indifferent and unwilling to vote. The DPP only narrowly won in the key city of Tainan, while the small parties that threw their lot in with the DPP in other constituencies were also dragged down and fell apart in the representative elections.

These could prompt the DPP to reconsider the use of online forces in the future, as solely relying on the internet to manipulate the younger generation is no longer effective.

However, the slide in DPP support among young voters cannot be simply seen as a failure in campaign strategy — one has to explore if this signals the beginning of structural change. This question stems from the following points.

One, from Lin Ping-shu, the DPP’s “cyber gunner” who was found guilty of various criminal offences, to the recent local elections, the negative effects of the pan-Green coalition’s extensive use of “online or cyber armies” have been fully exposed. Some of its online forces had even attempted to manipulate the electoral strategy of key districts, triggering a backlash within the party. These could prompt the DPP to reconsider the use of online forces in the future, as solely relying on the internet to manipulate the younger generation is no longer effective.

Two, the TPP has proven its prowess in winning the hearts of voters aged between 30 and 40 years old. Ann Kao Hung-an and Huang Shan-shan performed well, while Ko Wen-je’s governing style over the past eight years has become a trademark in northern Taiwan and is expected to exert its influence even as the KMT's Wayne Chiang takes over as Taipei mayor. As a complement to the KMT and an alternative to the DPP, the TPP is set to make a lasting impact as it continues to divide the pan-Green coalition’s younger voters.

The DPP does not have anyone among the generation in their 40s, and is unable to compete with the KMT’s Chiang or the TPP’s Kao.

Three, an absence of a young and rising political star from the DPP at the local elections. The generation of political leaders represented by the Wild Lily student movement are entering their 60s, while Tsai Shih-ying and Cheng Yun-Peng who are nearing 50 gave lacklustre performances and lost the elections. The DPP does not have anyone among the generation in their 40s, and is unable to compete with the KMT’s Chiang or the TPP’s Kao.

The lack of a new generation of political stars will continue to weaken the DPP’s influence on youths, which could spell big trouble for the party. If it remains obsessed over the tussling between party elders and continues to deepen factional disputes, the DPP might land itself in the KMT’s old path of doom.

Third, the KMT still dominates in local politics, which objectively requires it to accelerate localised reforms. Hou You-yi and Taichung mayor Lu Shiow-yen scored big wins, while Lin Zi-miao was re-elected as Yilan County magistrate notwithstanding corruption charges. Yunlin, Nantou and Hualien were taken without surprise, and the party’s easy victory in Taoyuan was dependent on the integration of local factions. As Taiwan society becomes more aligned on cross-strait issues, the KMT will most likely distribute more power to local forces.

The fastest and most effective way to do so is to promote the globalised training of talent.

However, if local factions want to become a dominant force in the party, it is not enough to solely rely on the older generation of influential leaders. To ensure a successful factional leadership succession, they need to nurture a generation of new blood like Johnny Chiang Chi-chen and George Hsieh Kuo-liang who have outstanding personal qualities, a strong foundation in local politics, and a global perspective. The fastest and most effective way to do so is to promote the globalised training of talent.

Compared with the US, Singapore has its unique advantages for such a purpose: fewer language barriers, a congenial cultural environment, frequent international exchanges and an excellent academic atmosphere could all contribute to the growth of local Taiwanese politicians.

While the local elections may have passed without stirring up a storm, we may find that it is quietly paving the way for political change in Taiwan. We do not know what the future holds, but we can always have hope.

This article was first published in Lianhe Zaobao as “台湾九合一大选 预示政治结构改变”.