From rule taker to rule shaper: The importance of UNCLOS to China

China’s ratification of the United Nations Convention on the Law of the Sea (UNCLOS) not only helped Beijing to adapt to contemporary global ocean governance, but also reinforced the importance for China to develop a maritime strategy to safeguard its maritime rights and interests. For instance despite China’s rejection of the 2016 arbitral tribunal ruling of the Philippines’ case against China in the case of the South China Sea, it still refers to UNCLOS (rather than simply dismisses it) to explain its decision. It can be expected that UNCLOS can be a tool of political contestation in the great power competition between Beijing and Washington. 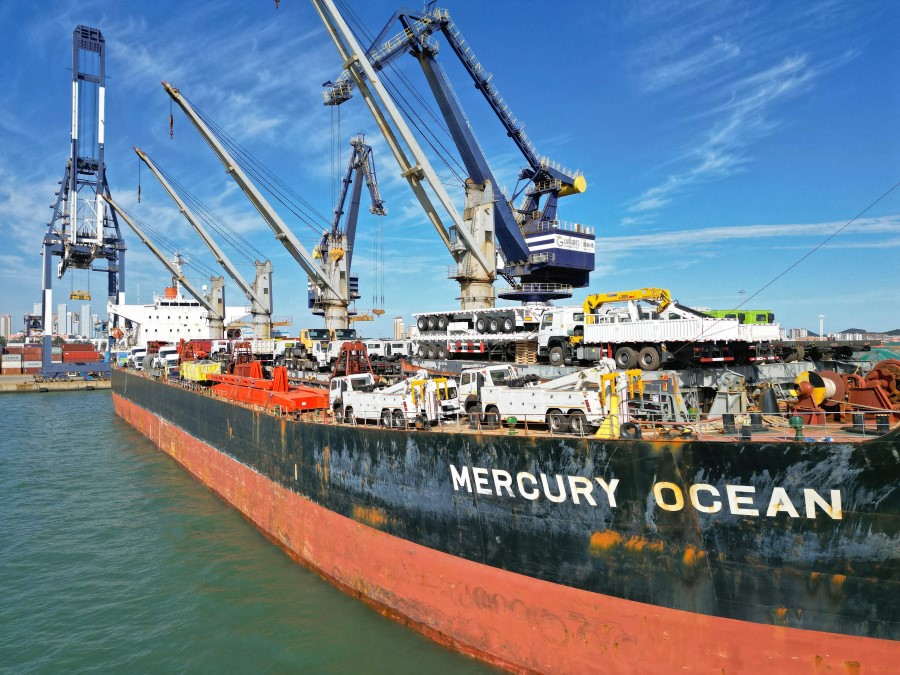 Candice Chan - 30 January 2023
A mall in Shenzhen came under fire for putting up white lanterns with black text as part of its Chinese New Year decorations, while an “ugly” rabbit-shaped light decoration was removed from another mall in Chongqing. Academic Zhang Tiankan muses on tradition and innovation, and the evolution of traditional decorations.
Read more
Translated by Candice Chan on 4 November 2022

2022 marks the 40th anniversary of the opening for signature of the United Nations Convention on the Law of the Sea (UNCLOS). Reviewing China’s relationship with UNCLOS provides an illuminating case study of China’s role in the post-WWII international system.

As a relative latecomer, China started as a learner and adapter through participation that provided it with legitimacy and experience in engaging the international system. China has furthered its capacity and interest in a leadership role in shaping, reinterpreting, or even challenging some international institutions recently to convey its global governance ideas.

China’s participation in the negotiation and drafting process for UNCLOS before 1982 was important to China’s legitimacy in the post-WWII international system. In 1971, China restored its lawful seat in the United Nations (UN), which enabled it to start engaging with multilateralism under the UN framework. On 21 December 1971, China was included as a member of the UN Seabed Committee. China participated in the whole preparatory process of the third UN Conference on the Law of the Sea from 1973 to 1982 and was among the first countries to sign the Convention.

Representing the interests of developing countries

China also sought to play a leadership role in international politics as the largest developing country. In the negotiation process for UNCLOS, China unequivocally supported the “Group of 77” proposition for unified development and management by the International Seabed Authority (ISA) and firmly opposed restrictions imposed by developed countries.

In implementing UNCLOS, China has often voiced its position in a way that is representative of the interests of developing countries to establish a fair and reasonable marine order, which supports coastal states’ maritime entitlements and jurisdiction. This position has also been used to criticise ‘maritime hegemony’ practised by Western maritime powers, particularly the US, in the name of the latter’s “freedom of navigation operations” (FONOPs).

China’s ratification of UNCLOS not only helped Beijing to adapt to contemporary global ocean governance, but more importantly reinforced the importance for China to develop a maritime strategy to safeguard its maritime rights and interests.

However, as Wuhan University's Yang Zewei argues, China is becoming a bigger international stakeholder, which means international conventions like UNCLOS will become more important for China in the future. First, China has increased its international responsibilities in terms of its contribution to UN membership dues and peacekeeping operations. Second, China now shares more transnational maritime challenges and interests with other countries, including anti-piracy, rising sea levels, over-exploitation of ocean resources, and protecting its overseas interests.

China’s concept of a "maritime community of shared future" focuses on solving disputes through negotiation and consultation in accordance with the spirit of UNCLOS, where China plays a constructive and proactive role in reforming the rules-based maritime order.

China’s ratification of UNCLOS not only helped Beijing to adapt to contemporary global ocean governance, but more importantly reinforced the importance for China to develop a maritime strategy to safeguard its maritime rights and interests.

UNCLOS has had far-reaching impacts on China’s maritime legislation, with the development of the ISA’s prospecting regulations and the legislative process of the “Mining Code”, such as the 2016 passing of the “Law of the People’s Republic of China on the Exploration and Development of Resources in Deep Seabed Areas”.

China has signalled its desire to see global ocean governance reformed through initiatives such as the 2017 release of the “One Belt, One Road” Maritime Cooperation Vision, which proposes to enhance maritime cooperation and a commitment to the implementation of the UN 2030 Agenda for Sustainable Development.

Despite China’s rejection of the 2016 arbitral tribunal ruling of the Philippines’ case against China in the case of the South China Sea (SCS), it still refers to UNCLOS (rather than simply dismisses it) to explain its decision.

Additionally, China has engaged in “lawfare” against other maritime powers by reinterpreting the modern law of the sea, which illustrates its power to shape agendas in international politics. China has adopted an approach of making changes to the system from within as a participant, rather than seeking to overthrow the system from without.

Despite China’s rejection of the 2016 arbitral tribunal ruling of the Philippines’ case against China in the case of the South China Sea (SCS), it still refers to UNCLOS (rather than simply dismisses it) to explain its decision. On its part, Beijing claims that its “historic rights” to the waters “is beyond scope of the Convention” and argues that the arbitration “does not concern the interpretation or application of the Convention”.

However, the historical rights claimed by China were rejected by the tribunal. Nevertheless, at the 2022 "UNCLOS at 40: Retrospect and Prospect" conference, Vice-Foreign Minister Xie Feng reemphasised China’s position that “we [China] need to accurately apply the dispute settlement mechanism of UNCLOS in good faith. The parties to a dispute are the owners of the dispute settlement procedures.” This serves as an example of how China seeks to shape the international agenda in its favour by reinterpreting international law.

China cannot afford to dismiss UNCLOS, as it is concerned that the US might support another SCS claimant, such as Vietnam, to initiate an arbitration under Annex VII of UNCLOS against China.

In that scenario, suggested by Dr Zheng Zhihua of Shanghai Jiaotong University, China might continue to uphold the “Three Nos” (no acceptance, no participation, and no recognition) — as in the Philippine case — but it might change its strategy, perhaps even to participate in arbitration proceedings. For instance, Zheng indicates that China might follow the US’s approach to the Nicaragua Case (ICJ 1986), “quitting the procedure after the tribunal confirmed its jurisdiction”. Participation in the formation of the tribunal and procedures relating to jurisdiction and admissibility could provide China with an advantageous position.

Beijing often points out that the US position and actions in the SCS are hypocritical and illegitimate given the US’s status as a state which has not ratified UNCLOS.

A role in great power competition

On the security front, frequent US FONOPs in the SCS concern China, as Beijing believes that those are “complex military operations…under the disguise of ‘freedom of navigation’” to infringe on China’s sovereignty and threaten its national security. China highlights that such freedom is not absolute and should be exercised with due regard to “the peace, good order or security of the coastal State”.

Also, Beijing often points out that the US position and actions in the SCS are hypocritical and illegitimate given the US’s status as a state which has not ratified UNCLOS. Therefore, UNCLOS can be a tool for political contestation in the great power competition between Beijing and Washington.

This article was first published by ISEAS – Yusof Ishak Institute as a Fulcrum commentary.  It is part of “UNCLOS 40th Anniversary Series – Why UNCLOS Matters” conceptualised by the Blue Security programme. The series was developed by Dr Troy Lee-Brown and Dr Bec Strating, and published in collaboration with the team at Fulcrum.